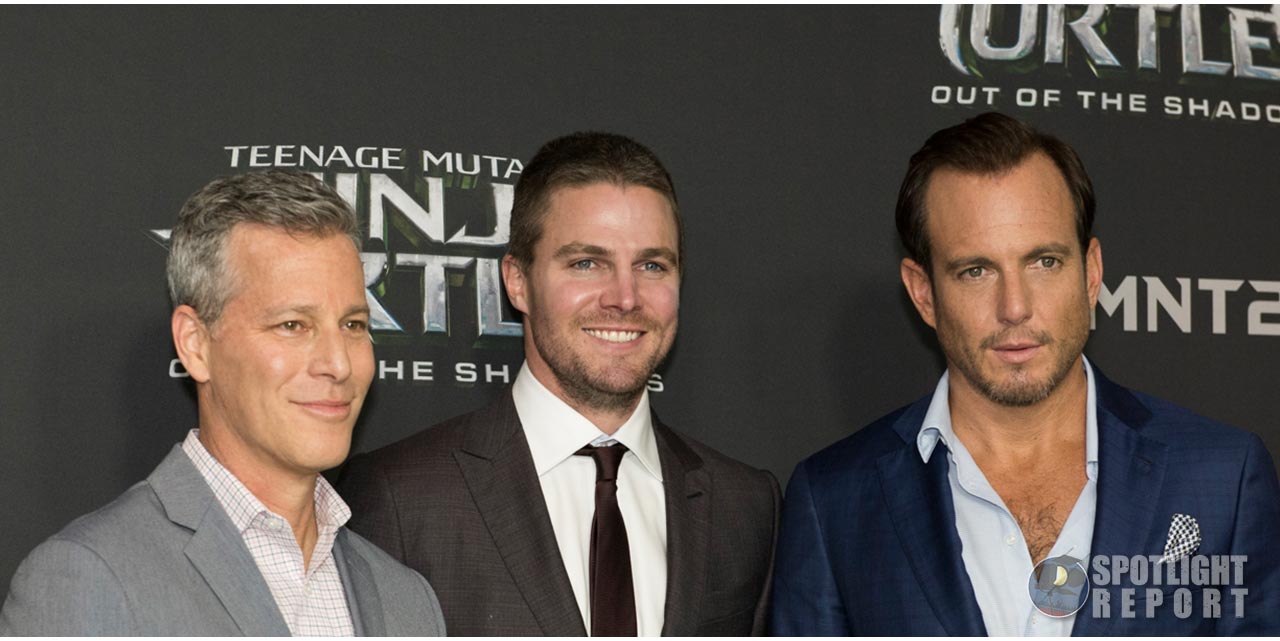 On Sunday May 29, the turtlemania invaded Sydney as the Teenage Mutant Ninja Turtles: Out of the Shadows Australian premiere took place at Event Cinemas, George Street. The film’s stars, Stephen Amell and Will Arnett, were in attendance, alongside producer, Andrew Fuller.

As expected, an army of dedicated fans arrived in full force, some of whom had travelled from interstate and started lining up from as early as 4am in order to secure the best spots in the house and get a glimpse of the stars. Stephen Amell, in particular, has an apparently limitless fan-base Down Under, thanks to his hit TV show, Arrow, and his online presence which has seen him become a role model to many due to his humility and charity work.

The perfectly organised “green carpet” event exploded at around 2:50pm when Stephen Amell arrived with his beautiful wife, making this premiere his first on Australian soil. Mr. Amell proved why he is so beloved by his fans, stopping for every single person and posing for photos, signing autographs, giving hugs, holding signs and even recording video messages. Moreover, he had no hesitation in stopping for every single media outlet around to talk about the film.

Some minutes later, Will Arnett made his entrance, and, like Amell, showed huge dedication to his fans and respect for the media.

Both actors hosted a flawless premiere, introducing the film and hinting at a return to the franchise in the near future.

Overall, this was a memorable event, with two of the nicest actors we’ve seen in a long time. Good on ya’ guys! Cowabunga!

Here, enjoy some pictures of the event below:

Stay tuned for our interviews with the stars of the film!

Teenage Mutant Ninja Turtles: Out of the Shadows – In Cinemas June 9