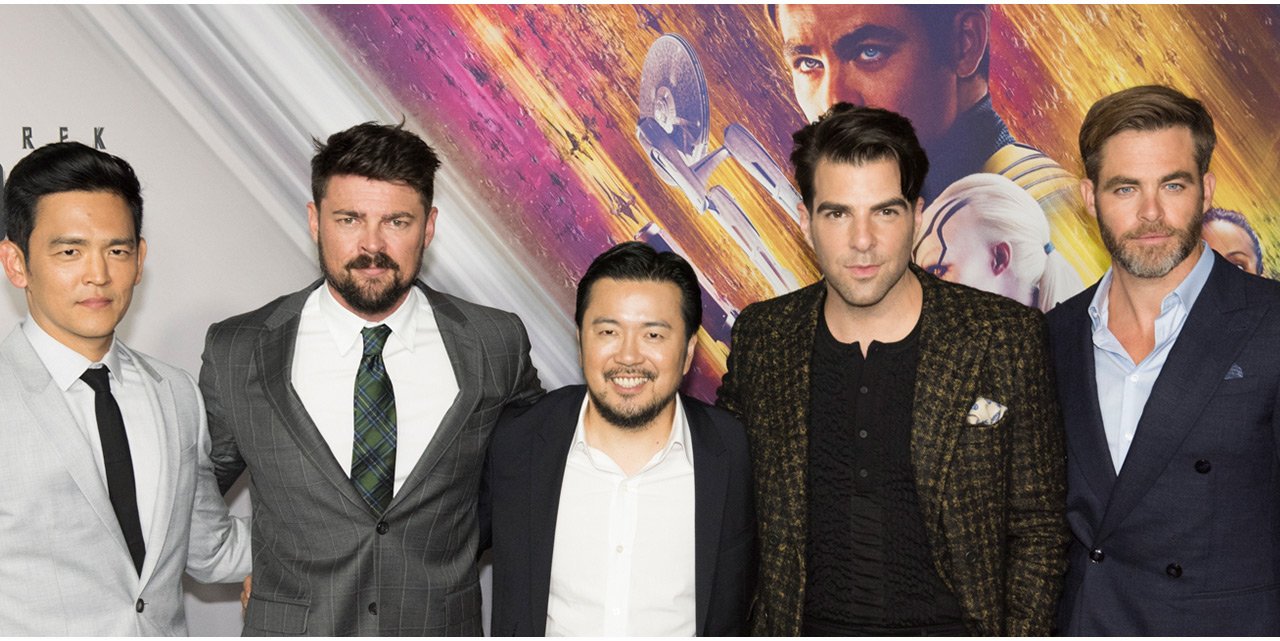 On Thursday July 7, Australia had the honour of hosting another Star Trek premiere, with Hollywood stars Chris Pine, Zachary Quinto, John Cho, Karl Urban and director Justin Lin gracing our shores to promote the release of the third chapter of the J.J.Abrams-rebooted franchise, Star Trek Beyond.

The poor weather conditions didn’t stop Australian Star Trek fans gathering outside Hoyts Cinemas Entertainment Quarter to get a glimpse of the Enterprise crew. This was greatly facilitated thanks to a covered setup with plenty of space for both fans and media.

The first stars to arrive were the always friendly and funny Karl Urban (Bones) and John Cho (Sulu), who both participated in what must have been the funniest and most relaxed interviews we’ve conducted in a while. Urban  and Cho didn’t let any fans down, posing for photos and signing autographs for absolutely anyone in the vicinity.

Second to hit the red carpet was director and long-time Star Trek fan Justin Lin, who also greeted press and fans enthusiastically, despite being rushed by his entourage.

Chris Pine (Kirk) and Zachary Quinto (Spock) were the last to arrive, and the crowd went nuts for them. However, due to schedule limitations they were unable to spend much time greeting fans, and were even forced to conduct group interviews in order to start the film on time.

Inside the cinema, the cast introduced what was the first public screening of the film anywhere, but not before dealing with a couple of unnecessarily-awkward comments by the host of the night. He not only misrepresented John Cho by “welcoming him for the first time to Australia” (he was here for the epic world premiere of the first film at the Opera House back in 2009) but also by mentioning a topic that everyone in the media knew was better to avoid. The sad passing of cast member Anton Yelchin was dredged up, but, like a true professional, an obviously saddened Chris Pine heroically took over the microphone to remember and honour both him and Leonard Nimoy. Much respect to all of them for that!

We hope you enjoy some postcards of the premiere below:

Stay tuned for our interviews with the entire cast!