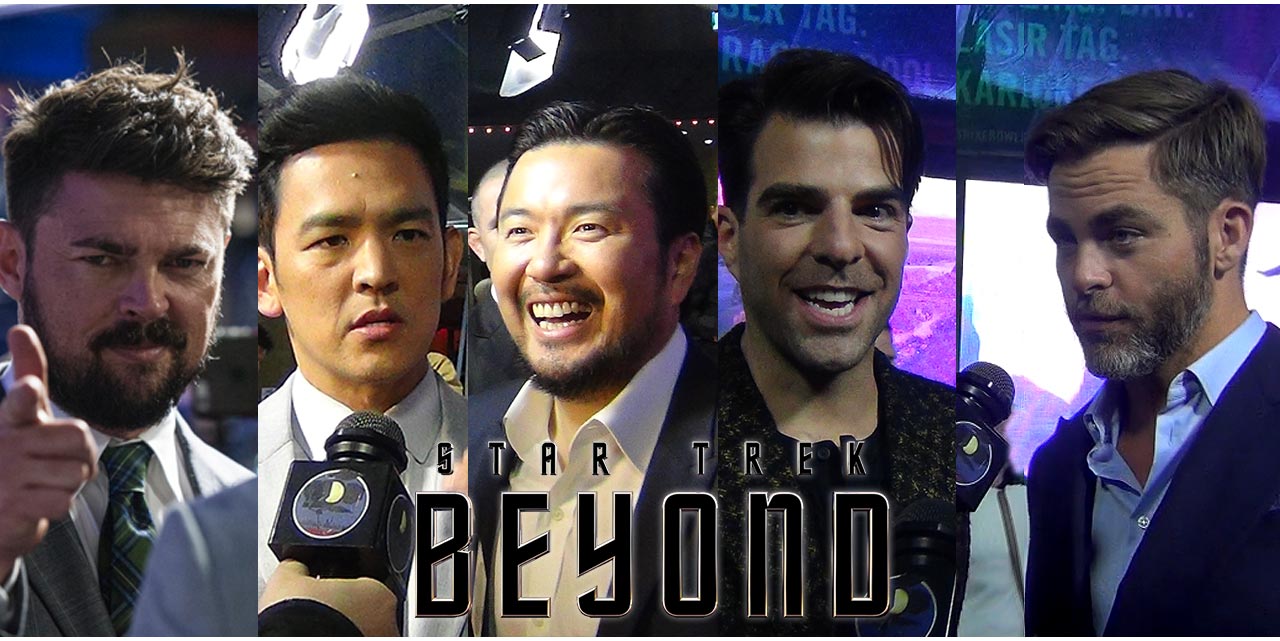 The Star Trek phenomenon took over Sydney on Thursday July 7, with Hoyts Entertainment Quarter fully transformed into a fancy “Federation” gathering to welcome the stars and director of Star Trek Beyond (see our full coverage and photos here).

Thanks to our friends at Paramount Pictures Australia, we had the chance to speak with all the Star Trek Beyond stars in attendance, including main men, Zachary Quinto and Chris Pine, and the franchise’s new director Justin Lin, who also gave us a short, yet exclusive, hint at the status of his upcoming film Space Jam 2, starring Lebron James. We also had a chat with the always hilarious Karl Urban and John Cho, in what was a very funny and “fanboy-style” interview that included a revelation from Karl Urban about visiting the set of Star Wars: The Force Awakens , something that left John Cho totally gobsmacked.

We would also love to thank our friend Shane Adam Bassett from The Newcastle Herald who teamed up with us during the final round of interviews.

Here, enjoy the interviews below:

Star Trek Beyond – In cinemas July 21