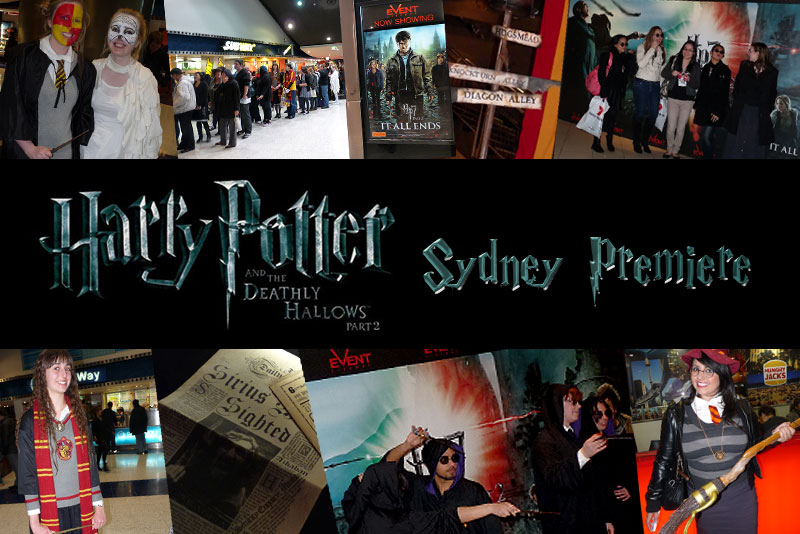 Finally! The wait was over at least to the fans and media who flocked to the cinema to attend the red carpet and premiere of the final chapter of the Harry Potter saga. It was held at Sydney’s Event Cinema’s George Street last Tuesday, the 11th of July 2011.

A long queue of people waited outside the cinema for hours in order to get the best seats for the event. What made it more fun is the fact that most of the fans and local celebrities that came were dressed like their favourite characters in the movie.

Dementors, Wizards, Muggles, families and fans were in a festive mood and ready to celebrate the end of an era! They are really in for a treat because the movie is everything that they hope! We can safely say that this is one of the best films of the entire Harry Potter movies. Don’t worry; our review will be online soon so you will know what we’re talking about.

Moreover, exclusive Harry potter 3D glasses were given to the audience. It has the same design as Harry’s making everyone feel that they’re into the “Pottermania”! That’s not all, because a small exhibition was also put up during the premiere night giving everyone the chance to view some props used in the film, like the clothing and a few “very familiar” newspapers from the films.

Here enjoy some pictures of the venue below: