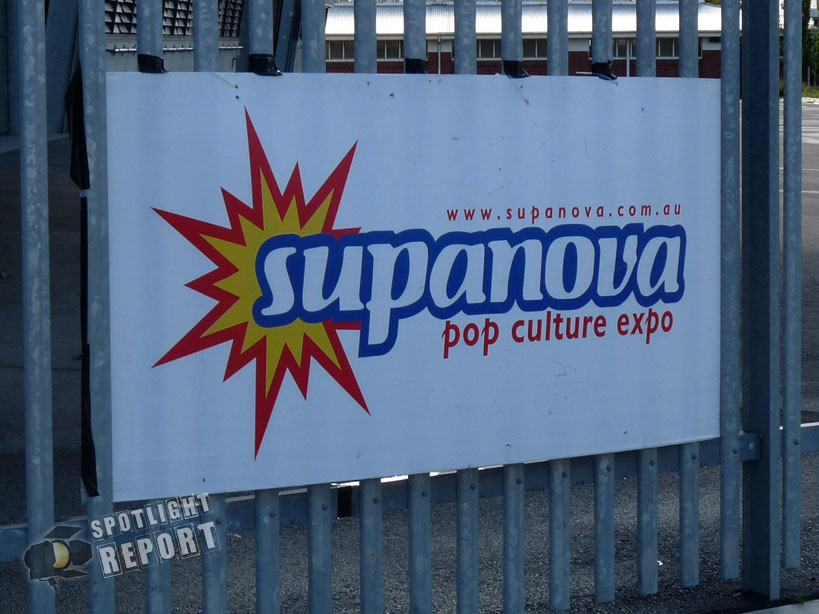 Supanova Pop-Culture Expo was held on Melbourne Showgrounds on April and the people of Spotlightreport.net travelled there to give you a complete idea of  this incredible convention that ran from April 8 to 10, 2011.

This autumn, Melbourne was full of stars. Leading the pack is TOM FELTON alias “Draco Malfoy”, one of the villains in the Harry Potter series one of the most hated character in the movie. Long lines for signing and photo sessions didn’t stop fans to get close to him, even some of them traveling from Perth and Sydney just to meet him. Despite the fact that he was tired after hours of signing autographs and photo sessions, a relaxed and friendly Tom still enjoyed every moment of the venue. Other invited Supaguest were: Charisma Carpenter “Cordellia” and Clare Kramer “Glory” from Buffy the Vampire Slayer , Tahmoh Pennikett (Battle Star galactica), Peter Williams (Stargate SG-1), Jodelle Ferland (Silent Hill and Twilight: eclipse), Denis O’Hare (True Blood), martial expert, stuntman and film star Richard Norton (The Octagon, Gymkata). Furthermore, Simon Pegg and Nick Frost from the just released movie “Paul” were there too to promote the movie and mingle with the fans that Saturday.

As usual Supanova was made by the fans, with tons of cosplayers of all ages and even entire families in great costumes all over the place posing for photos. The Australasian Wrestling Federation (AWF) was also there to add to the entertainment by giving their best performance inside the ring. Other activities were dancing with Wii’s “Just dance”, playing with Xbox’s Kinetic, trading cards to name a few. The visitors surely enjoyed  every minute of  it, add to that the opportunity to rub shoulders with their favourite actors, comic book artist and writers.

In between, fans enjoyed the autograph signing sessions with Seiyu actress Yuko Miyamura (original voice of Asuka in Evangelion, Wedding peach, GTO and DBZ), Tiffany Grant (English voice for the same Character: Asuka in Evangelion) and producer Matt Greenfield. All of them religiously signed every single Evangelion posters for the fans who patiently wait and stand in long queue just to meet these true anime stars. Thanks to Madman Entertainment, all of these were possible.

Even if Christopher Lloyd (Back to the Future and the Adams family) cancelled at the last minute his appearance in Brisbane and Melbourne, Supanova surely did not disappoint the fans. It was a great experience! Truly it was an event for all ages to enjoy especially to all the lovers of anime, movies, science-fiction, toy and card collections. Another good thing about this event is the amazing gifts such as katanas, masks, figurines etc that the attendees got. Guests were really treated to free tastes of the latest games in different consoles and trading cards. Wrestling, cosplayer theatre and celebrity sessions were held all days, letting everyone enjoyed the best of the pop-culture expo.

If all these sounded fun for you then don’t miss the next Supanova Convention that will be held in Sydney (17-19 June), Perth (24-26 June) with amazing stars like the original casts of “I Dream with Jeannie”. Moreover, the good news is Christopher Lloyd will make up for his absence so that his fans (especially from Brisbane and Melbourne) and the fans of “Back to the Future” will have a chance to meet him in a new venue which will be held in November this year so watch out for that!

This event is for any collector, anime fan, expert in Science-fiction, comic and toy collector or anyone who wants to spend a great weekend with a pop culture experience…SUPANOVA IS A “MUST GO” EVENT…A PLACE WHERE EVERYONE CAN BE  A “HERO FOR A DAY”.

Here enjoy some postcards of the venue and to give you an idea of what costume you will wear for the next Supanova Convention!