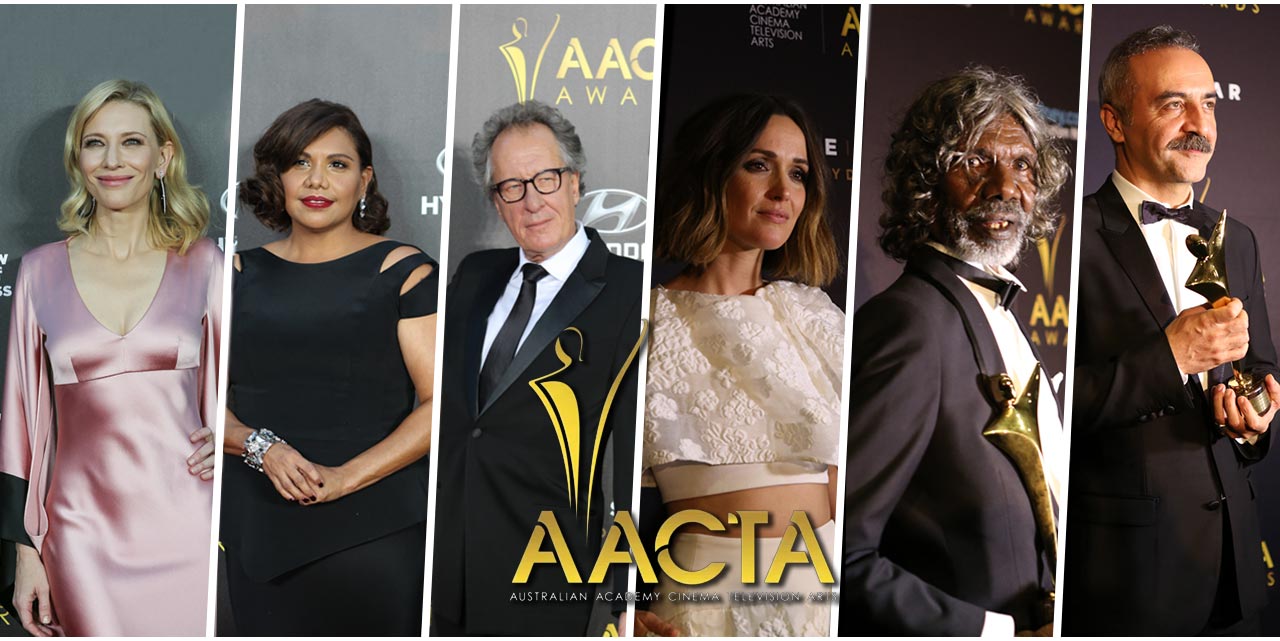 The 4th Australian Academy of Cinema and Television Arts (AACTA) awards ceremony was held once again at The Star in Sydney, on the 29th of January.

On this prestigious awards night, glamour dominated the red carpet in the shape of local celebrities, including hosts, Cate Blanchett and Deborah Mailman, who, breaking usual protocol, surprised onlookers by arriving on a council bus. Following their unconventional entrance, a host of Aussie talent hit the red carpet in style, including AACTA president, Geoffrey Rush,, director Jennifer Kent, Arrow’s Matt Noble, John Jarratt, Gracie Otto, singer Samantha Jade, comic Hamish Blake, Mia Wasikowska , the Master Chef judges, and Turkish actor and filmmaker, Yilmaz Erdogan (who collected the award for Best Supporting Actor for his turn in Russell Crowe’s smash, The Water Diviner.) These are only some of the star studded attendees on the night, which will be remembered for marking the first occasion on which nominees shared the main honour, with The Water Diviner and The Babadook each taking home the coveted Best Film award.

Here, enjoy some postcards of the day below: