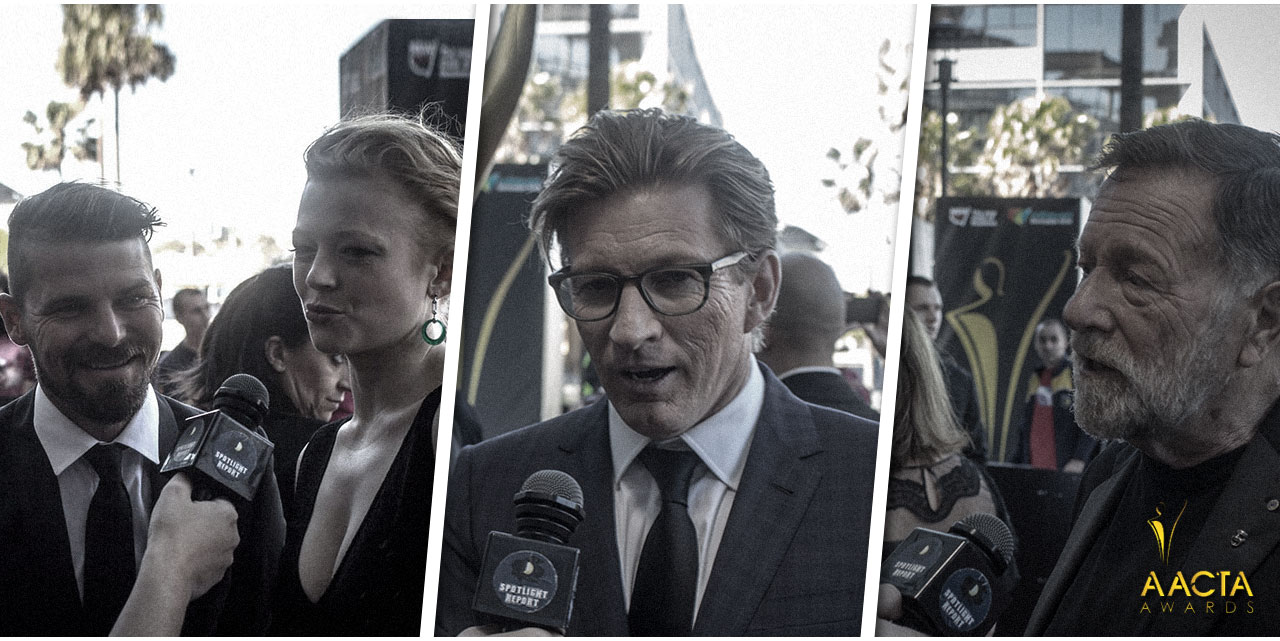 The 2014’s AACTA Awards (Australian Academy of Cinema and Television Arts) were held at Sydney’s the Star on the January 30.

Arrivals started around 3pm, with some Australian A-Listers from a wide-range of areas hitting the red carpet, and we have the chance to speak with some of them, including comedian and Tv Host Rove McManus, The Hobbit star Stephen Hunter, rising Australian actor Callan McAuliffe, MasterChef judge Matt Preston, Actor David Wenham, Australian wildlife warrior and teen actress Bindi Irwin, cinema royalty Jack Thompson, Lachy Hulme from the tv hit Howzat! Kerry Packer’s War, Ryan Corr from Packed to The Rafters and Wolf Creek 2, and Nathan Phillips and Sarah Snook from the upcoming Australian film These Final Hours.

Check our AACTAs Interviews ‘On The Spot’ below:

For more about the AACTAs 2014, check our full coverage including some snaps from the red carpet here.