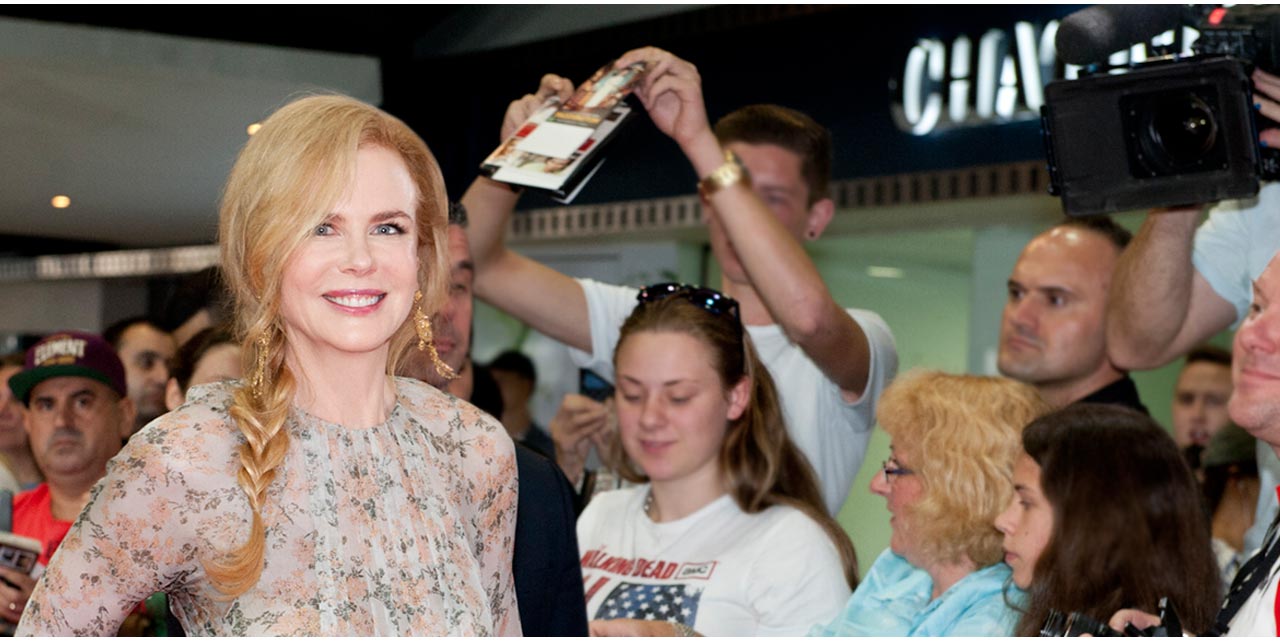 The Australian premiere for Paul King’ Paddington was held at Event Cinemas, George Street on the 7th of December, 2014.

Walking the red carpet were Australian super-star Nicole Kidman who plays the role of the evil taxidermist Millicent in the film, and the Paddington bear himself alongside some local Australian celebrities, including the legendary Jackie O, Miss Universe Australia Tegan Martin and actor Richard Roxburgh.

After conducting interviews for tv and radio, a very relaxed Mrs. Kidman, greeted some of the fans around posing for photos and signing autographs before being rushed to the official photo wall. However, despite the unnecessary rudeness of some members of her entourage, we still managed to get some quick words before she was taken away to introduce the film.

“As a child I loved the Paddington stories and I wanted to share that with my children.”

While introducing the movie to Australian audiences for the first time, the Academy Award winner actress , dropped a hint regarding a potential franchise for the film:

“If they ask me, I’d come back and try to stuff the bear again.”