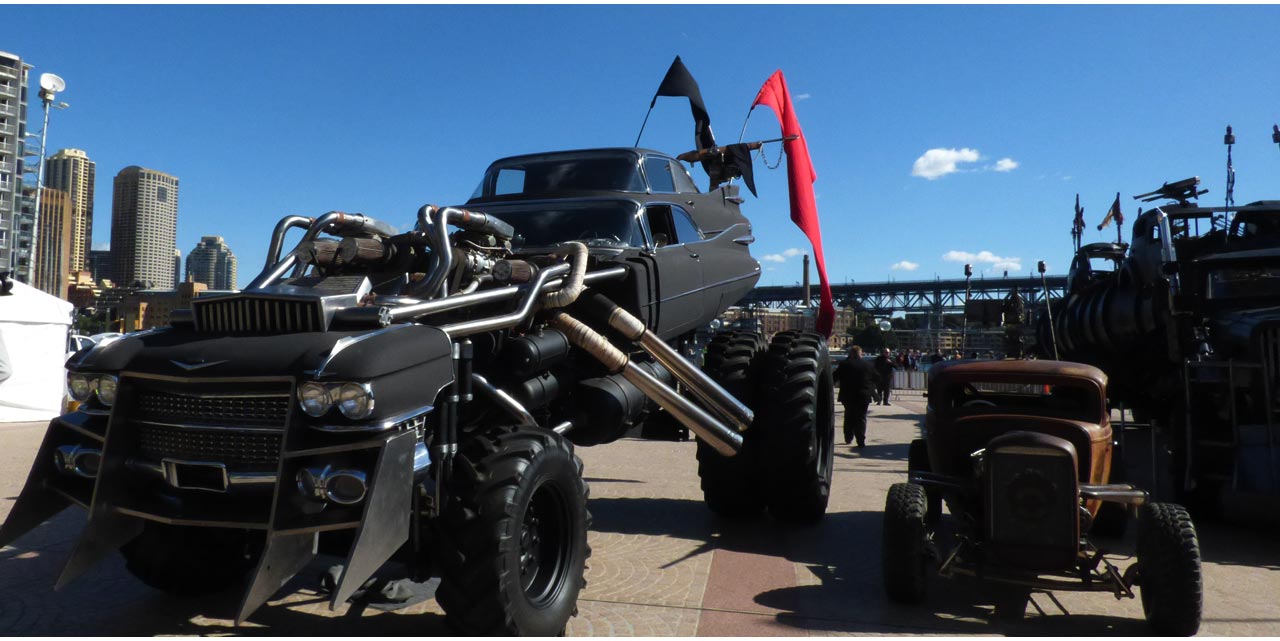 History has been made today as the sounds of suped up vehicles from MAD MAX: FURY ROAD made their way across the Cahill Expressway to one of Australia’s most iconic landmarks, the Sydney Opera House for an impressive public display.

This once in a lifetime event, has been filmed by Academy Award winning cinematographer John Seale and captured in this footage are vehicles including Doof Wagon, The War Rig, The Nux Car, The Gigahorse to name only a few. The vehicles abilities were demonstrated by the War Boys in full costume, providing a sneak peek into the post apocalyptic world created by George Miller.

Thanks to our friends at Roadshow Films, we were able to get closer to this colossal pieces of art built exclusively for the film. Enjoy some pictures below:

MAD MAX: FURY ROAD will be released in Australian and New Zealand cinemas on May 14, 2015