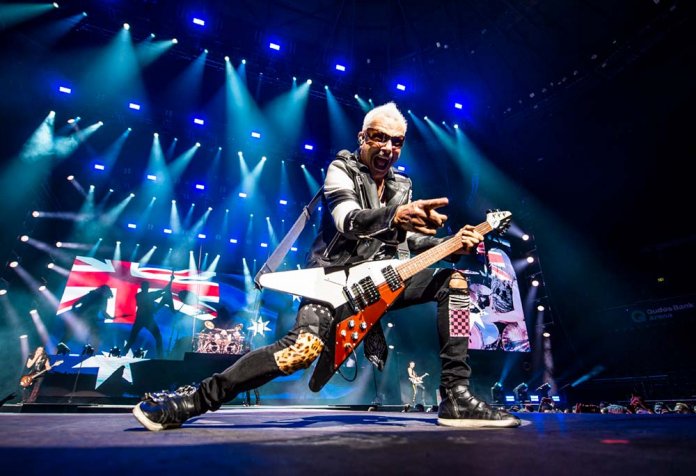 After a forced postponement of their original Sydney date due to Scorpions frontman Klaus Meine‘s illness that sent him to a Melbourne hospital and, against all odds legendary German rockers Scorpions finally hit Qudos Bank Arena on Wednesday 26 February 2020 alongside David Coverdale’s Whitesnake. 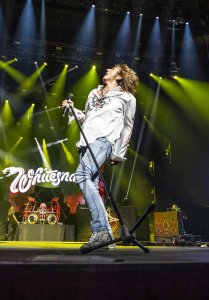 Whitesnake was first on stage, with the legendary David Coverdale stealing the show straight away, singing iconic tracks like “Love Ain’t No Stranger’, ‘Slow an’ Easy’ and of course their power ballad “Is This Love”. The show also included a fantastic guitar battle and drum solo.

The climax arrived when the band closed their set with their hits “Here I Go Again” and “Still of the Night”. It was an epic show!

After a short break it was time for what Sydney was waiting for a while, Scorpions were finally on stage, and what an entrance they made as they hit the first notes of “Going Out With a Bang!” immediately followed by “Make it Real” the crowd already could feel that they were in for something special.

Surprisingly, singer Klaus Meine did not show any signs of exhaustion or pain after his health scare. Moreover, he thanked Sydney for the love and support, especially after cancelling his previous show back in 2018 when they toured with Def Leppard. 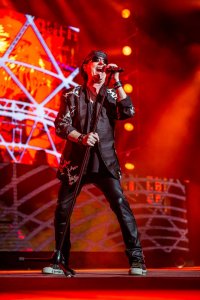 One of the most moving moments was the acoustic performance of “Send Me an Angel” which was dedicated to the firefighters and the koala rescuers. To make matters more moving “Winds of Change” was next with the entire arena joining in on the chorus.

A superb drum solo by former Motörhead drummer Mikkey Dee followed up, and to take things to the next level his entire kit levitated from the stage making him truly airborne! Simply spectacular!

The first part of the show was finished with “Big City Nights”, but the encore was what everyone was waiting for. The band returned to play “Still Loving You” with the entire venue waving their phones. Then it was the time for their biggest hit ever, as the iconic guitar riff for “Rock You Like a Hurricane” started, unleashing Sydney’s audience spirit in full force in what was the perfect ending for a night full of classic rock & roll.

Despite not having a full house (probably because most of the interstate fans were unable to attend on the new date) both bands delighted fans with some powerful rock classics and a lot of energy proving once again that nobody is ever too old to rock!