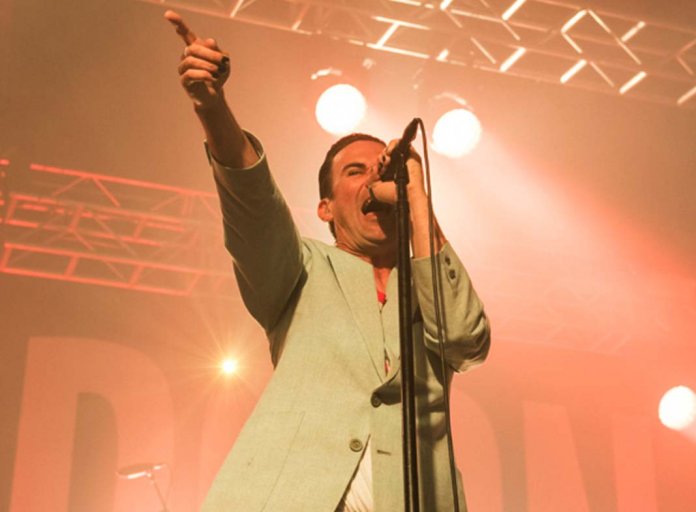 The legends of Aussie rock music Grinspoon, took to the Hordern Pavilion stage like fine Aussie craft beer would, seemingly refined on the outside, yet pure and rambunctious on the inside.

This Chemical Heart’s tour was packed with hits left, right and center. From their first album Guide to Better Living came head banging songs DC X 3, Sickfest, Just Ace, Bad Funk Stripe and Champion to their more commercially popular albums New Detention and Thrills, Kills + Sunday Pills with Lost Control, Hard Act to Follow, 1000 Miles and Chemical Heart. This mix of both unpolished and polished classic Grinspoon tracks was nothing short of a crowd-pleasing set list. With not a disappointed face in sight, the Hordern was filled with beaming die-hard Grinspoon fans on a nostalgic high. The band itself certainly delivered too, with top-notch performances from each member, every killer tune played sounded on point as it busted out of the speakers, yet lead singer Phil Jamieson definitely brought the noise home with his magnetic boisterous vocals. Not only that, Phil’s abundant energy had him flying in the air, with perfectly executed high jumps being dished out at any opportune moment. The crowd certainly got what they came for, a taste of good old Aussie rock bangers.

Supporting Grinspoon were The Hard Aches, Gooch Palms and Bugs.