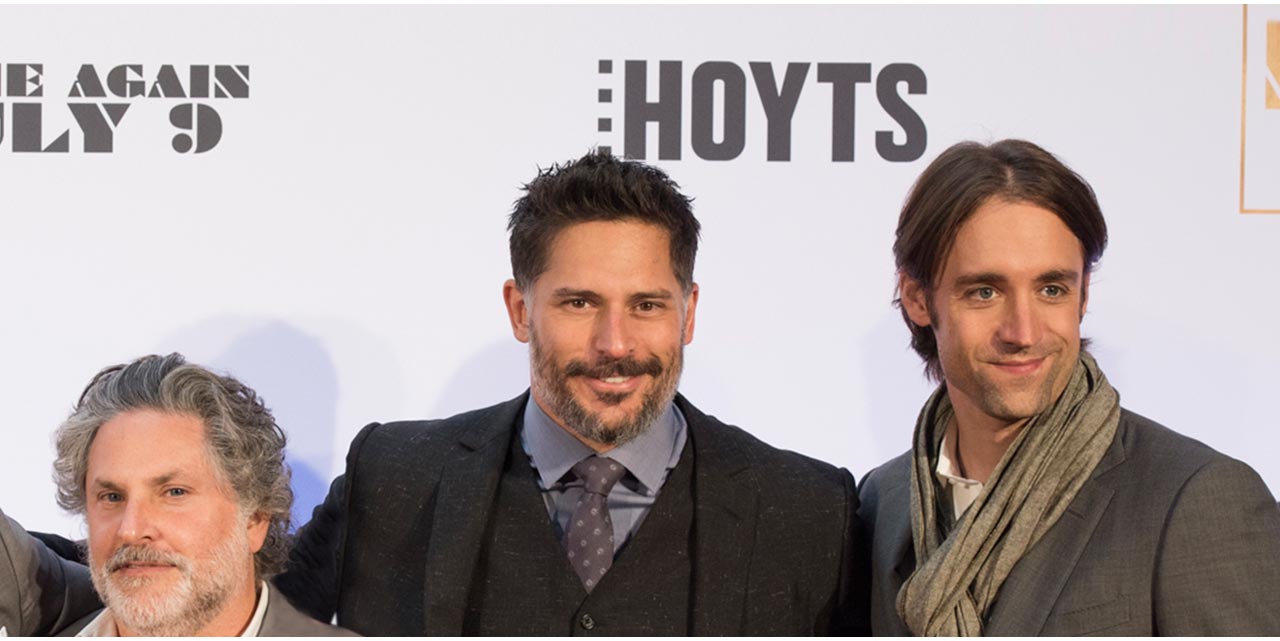 Following Magic Mike XXL‘s release this week, Spotlight Report had the opportunity to interview director Gregory Jacobs, writer Reid Carolin and actor Joe Manganiello. From here they began to explain the process of Magic Mike and how it all came together and it was clear that the film was an enjoyable film to make and be part of. Transitioning from producer to director, Jacobs explained that the transition was an enjoyable one. From his experience, he was able to apply himself from past work he has done already as a director. “It was really fun. I’ve directed a couple of small movies before, so this was not my first experience directing. It was great, because I’d a relationship with all the guys beforehand as I helped developing the first movie,” He continues. “It was easy, fun and the actors made it all really easy for me. They are a great group of talented actors.”

Swapping duties with previous director of the first sequel film, Steven Soderbergh, Soderbergh’s input helped Jacobs ease him into the process of directing. After working together in other films, they were undeniably a good match when it came to working on Magic Mike. “He was very supportive and understood that there was a lot of interest after the first movie, so he came to me and said, ‘You know what, I don’t wanna repeat the same movie,’ and that’s how we came up with road-trip idea,” Jacobs states. “He was really supportive, a great producer and most of all a good friend. I’ve produced many of his films and we’ve known each other for a while so we simply swapped roles a little bit.” Carolin had a lot to say about the scripting as Magic Mike was mainly a hit for a female audience. However, he claimed that the idea of making it into a guy road-trip film would also try engage their male audiences as well. “We wanted to make a movie for all the female viewers that came to see the first film. Also this time, we tried to develop this idea of a guy’s road-trip movie because if you see the group that created this movie in front and behind the camera – it’s a bunch of guys so it’s kind of funny that a bunch of dudes did this film for women.” He then continues by saying that although Magic Mike was mainly targeted to entertain women – they also tried to make it the film a little less emasculating. “This film is a bit more male oriented as well – it’s more like a buddy comedy and it includes a bunch of guys taking off their shirts to entertain women.”

With the casting changing for Magic Mike, Reid explained how they worked around this challenge of introducing new characters to the film. “It was a big challenge because we didn’t have actors like Matthew McConaughey, Cody Horn and Alex Pettyfer anymore. We had to create a new journey for Mike and we also needed to get to know more about Joe Manganiello and Kevin Nash’s characters because we didn’t really get to know much about them on the first film,” He says. “That’s why we added the likes of Jada Pinkett Smith and Andie MacDowell to give a bit more of backstory to them.” Working with Channing Tatum in upcoming film ‘Gambit‘, Carolin was more excited to work with him again in the next movie venture, even if the film was in its early stages. “I’m so excited I’m working with Channing [Tatum] again. This is gonna be an epic X-Men movie. I have no doubt Rupert Wyatt will pay tribute to this iconic hero.” In Magic Mike XXL, it was clear that Manganiello enjoyed the development of his character and how he evolved into a protagonist role. He explained the purpose of his character and what it meant for the film. “Well, it was great as this time I had more input on the events of the film. He is now a guy facing some of his own demons – the fact he can’t find his true love. Fortunately enough, he falls in love and also is capable to improve his act as he is a bit tired of his on-stage character but is afraid to admit it.” He then expands on how his approach has helped him fit into his role naturally. “The best way for me to approach my character was with a lot of sense of humour and simply thinking about real life situations.”

With word going around online  that Manganiello was one of runner ups to play Batman, he confirmed that the rumours were not true. He then continued explaining that he was open to any opportunity that seemed worthwhile for his acting career. “It’s all about getting a good script so if any opportunity to join those franchises comes up with a solid story and a good team – you guys will be the first ones to find out. I’m open to any film as long as there is a good script behind it.” He then noted that he is currently working on an action film named Shoedog and an upcoming TV film alongside Pee-wee Hermann which brought him much excitement.