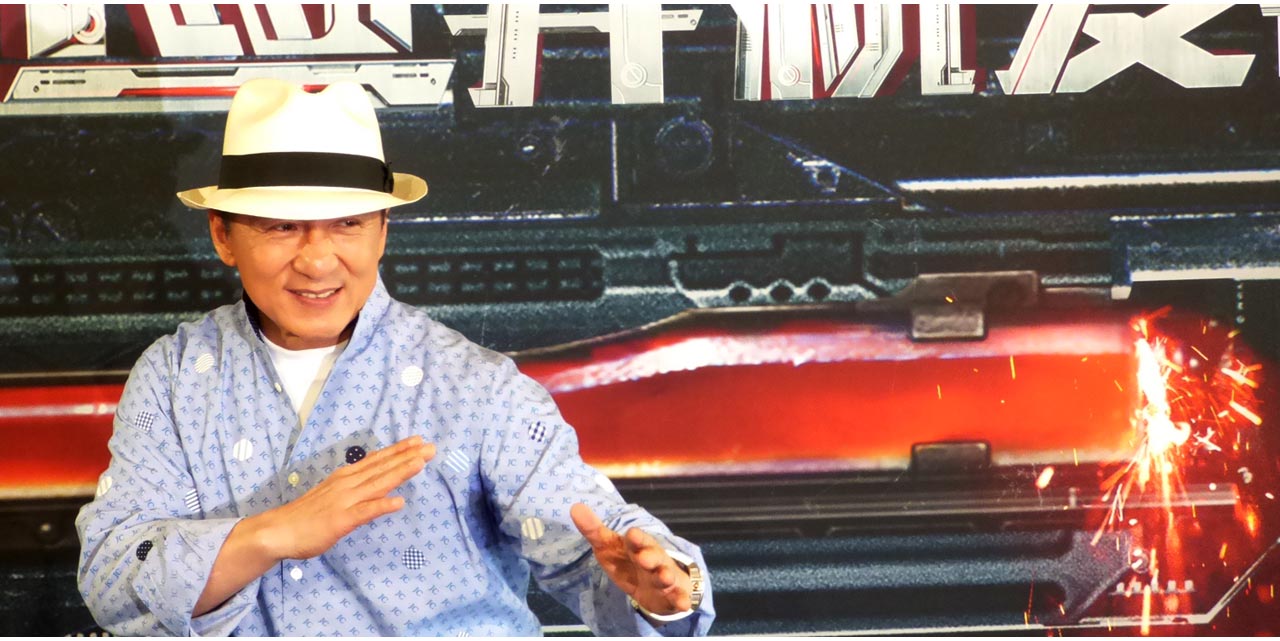 On Thursday 28 July, the iconic Sydney Opera House had the honour of welcoming one of the greatest martial artists and action heroes in film history. The legendary Jackie Chan hosted the official press conference to launch the production of his new film, “Bleeding Steel”, the biggest budget Chinese production ever to be shot in Australia, and the first sci-fi action movie for the international star.

During the press conference, a very playful, humble and hilarious Mr. Chan happily answered some questions from the press about filming Down Under, a place he called home for many years. He said that the Sydney Opera House will play a huge role in the film: specifically, he will be jumping off the roof, a stunt he will do himself, as usual. He urged Australians not to be worry because he promises that the production team “will protect the roof.”

One of the highlights of the conference was when Mr. Chan begged producers around the world to allow him to do a romantic film. He added humorously that it interests him because it’s “easier, safer and doesn’t require many takes”. Following that remark, he mimicked running on a beach in slow motion while singing a romantic song, eliciting laughs from all in attendance. “I can dance and sing too” he added, with a huge smile on his face.

He also took the time to praise young Nana Ouyang, who has not previously practiced martial arts, yet who has managed to look like a professional only after a few weeks of training. Explaining the rigors of training, the young actor admitted, “I can’t even put my pants by myself after training”. Jackie also praised one of his former students from Canberra, who is now working on big Hollywood productions, like Kingsman.

Mr. Chan demonstrated great humility while speaking about inspiring young people. He recalled his time in Africa when many kids followed him around. For him, he says, making movies is all about “protecting the children”. So much respect!

About the film
Fighting to protect a young woman who is an important witness for a major case, hardened special force agent Lin (Jackie Chan) becomes embroiled in a huge conspiracy and becomes a victim of it. Years later, after the publication of an epic sci-fi novel, the parties behind the conspiracy come to the surface.