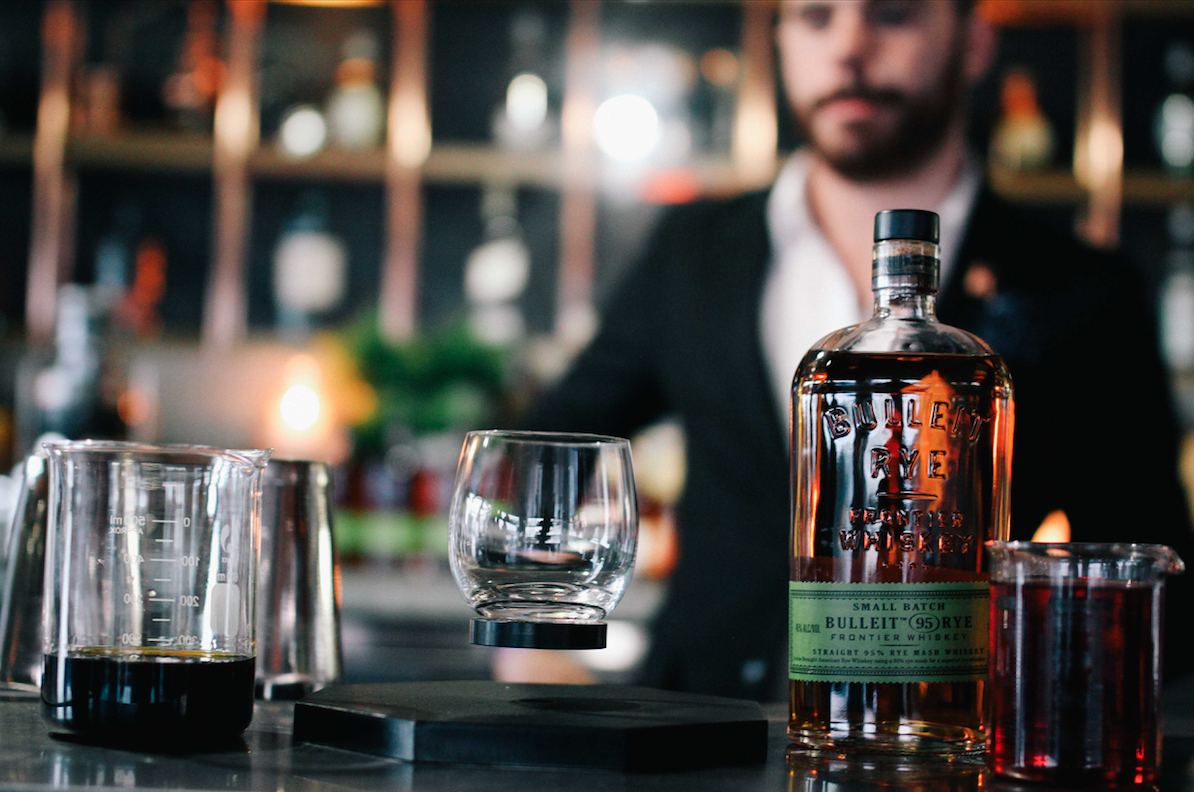 The noble art of bartending has seen a significant shift over the last few years thanks to the growing demand for themed watering holes. No longer are patrons satisfied with a schooner being sloshed languidly in front of them by an uninterested barman chewing gum, or  that ‘classy’ is defined by putting a napkin (or worse a coaster) under a wine glass.

With everyday lives being so busy, when people go out they want to be entertained in a manner that reflects the unique surroundings of the bar they’ve chosen to be seen in – if the bar is the centre-stage then the barman is the lead actor.

Here, we talk to Jack Sotti, Diageo’s Australian World Class bartender of the year who recently placed third in the global finals to discuss the new trends in bars, what it takes to be a world class barman and rise in popularity of cocktails. Your bar, Boilermaker House, Melbourne, is one of the new breed of ’theme’ bars that champions cocktail and Whisky drinking and is styled around the early 1900’s. What do you believe is driving the surge of popularity in cocktails and bespoke bars?

People are after more of an experience, and this new style of bar is essentially just modern day professionals trying to recreate that. More over it’s now not just the theme of the bar, but the style of service. People want to be whisked away from the day-to-day and transported to a romantic time where hospitality in its purest form reigned supreme.

Bartenders have a reputation for being ‘good listeners’. What attributes do you think make a great bartender and what’s the best story you’ve ever heard over the bar?

Oh, well I guess my partner would say otherwise! A great bartender from a guest’s point of view should be operating under the radar, fulfilling your needs before even you know you need them. As you’re talking, refilling your drink, refreshing your snacks – continually working hard but maintaining the focus on the current conversation.

You recently placed third in the Diageo Reserve World Class Bartender of the Year competition. What does being a ‘World Class’ ambassador mean to you?

It’s a huge privilege representing Australia in this competition. Australians are innovative, fun and passionate and that exactly what I have embodied walking onto the global stage. In the finals you created a levitating cocktail – can you tell us more about the inspiration behind it?

I knew I wanted to use Bulleit Rye whisky as the star of the drink but knew i needed to do something really special with it. I was watching Back To the Future when I got some inspiration for the upcoming challenges and thought…what if I actually make a drink levitate? If they can make Maglev trains levitate then surely the technology is out there? Thus the Stealth bomber was born!

What was you favourite part of the competition and what’s the one thing that you’ve taken away from being involved?

My favourite part of the competition was the ‘Icebreaker’ challenge that wasn’t even scored. It was such a fantastic opportunity to build up some comradery with the fellow competitors, but also to meet and inspire some young South African bartenders who have literally just discovered the industry. It was such a reminder of where we all had come from and was incredibly humbling.

Who’s been your inspiration in the drinks trade or who do you aspire to be like?

The one thing I love about this industry is personal style and acceptance. If you love what you do, and are a nice guy, people will stand by you. There is no right or wrong way of doing things. I’m fascinated by different bartenders style and regularly evolve and adopt things I see others doing and make it my own, I’d say I’m inspired by the hardworking ladies and gentlemen around me.

Do you eventually see yourself owning your own bar and, if so, what would it be called, where would it be and would there be a particular drink focus?


I certainly do. I’d love to own a huge complex that encompassed a bar, restaurant, boutique hotel, club and craft liquor store. The drinks focus will be celebration, so punches, champagne, top shelf spirits & craft beers What’s your drink of choice?

Whatever is in my hand.

Be sure to check out one of jack’s creations at the Boilermaker House, Melbourne.