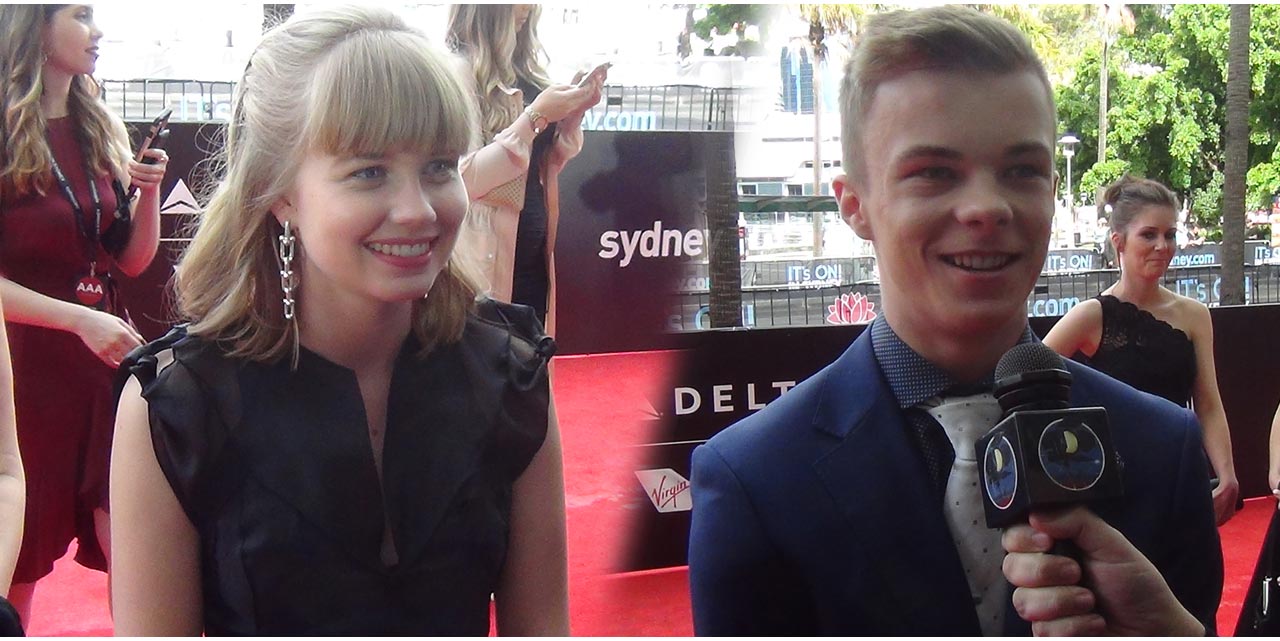 Young Australian actors Angourie Rice and Nicholas Hamilton are making a name for themselves in the highly competitive Hollywood industry.

Rice stole the show in The Nice Guys, playing Ryan Gosling daughter Holly before moving into the Marvel cinematic universe where she landed the role of Betty Brant in Spider-Man: Homecoming. However, it was her role as Rose in the excellent Aussie apocalyptic flick These Final Hours the one who blew local film critics away putting her in the top list of young Australian actors most likely to succeed in Hollywood (and we were damn right!).

Nicholas Hamilton on the other hand, made his first big break alongside Viggo Mortensen in the highly acclaimed Captain Fantastic; but it was his portrait of Henry, the kid who constantly bullied the members of “the losers’ club” on the 2017’s blockbuster hit IT the one who has put his name on the spotlight, even linking him to potential upcoming super hero flicks.

Thanks to the AACTAs, we had the chance to catch up with them in order to find out more about their journey as actors, and their future challenges among other topics.