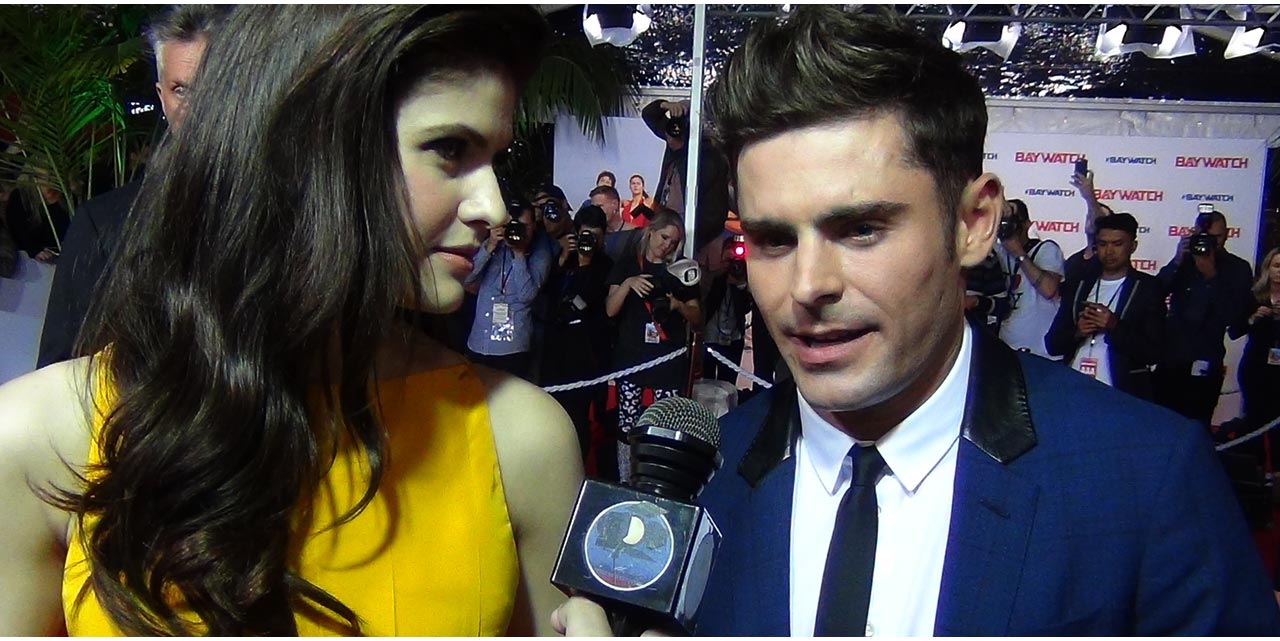 On Thursday May 18, Sydney’s Hoyts Entertainment Quarter brought the summer back, as the stars of the upcoming blockbuster Baywatch, Zac Efron & Alexandra Daddario hosted the Australian premiere for the film.

Thanks to Paramount Pictures Australia, we had the chance to speak with Zac & Alexandra about this new franchise, their admiration for each other, and the physical preparation for their roles including some funny bits about Alexandra and her love for ice cream.