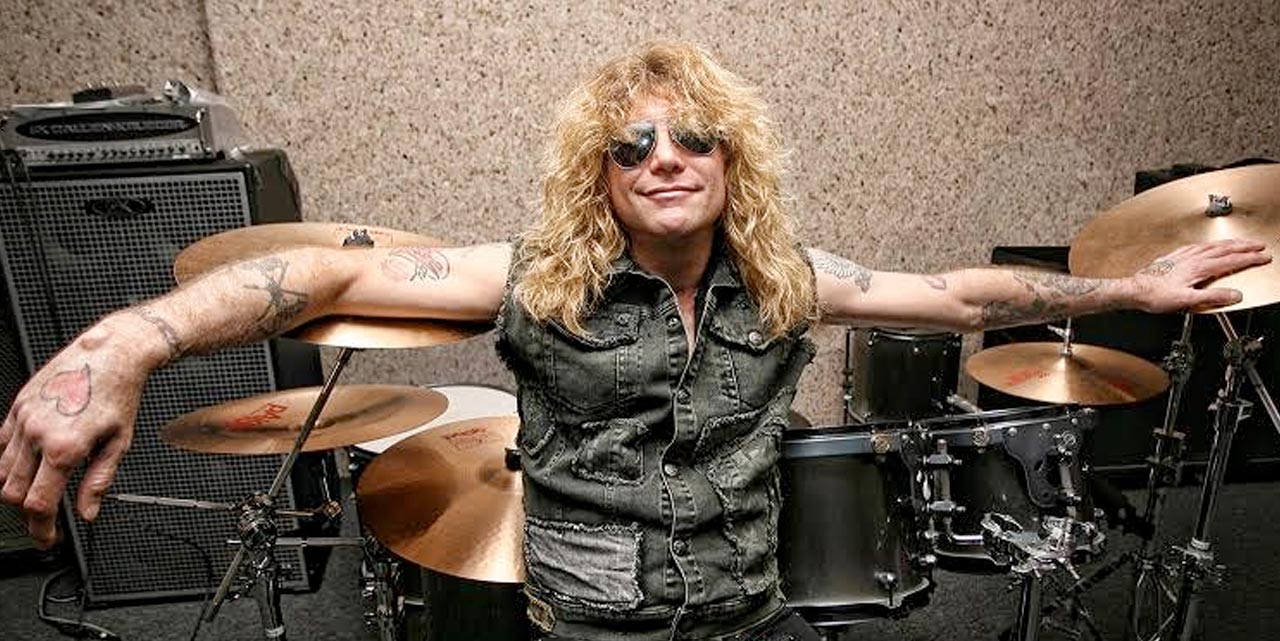 Former Guns n’ Roses drummer Steve Adler is heading Down Under for a very unique tour that will include an intimate Q&A alongside his mother Deanna Adler, followed by a huge show with his band Adler’s Appetite, set to play the gunners’ iconic album Appetite for Destruction entirely.

To find out more about this epic tour, we had the chance to speak with the man himself, Steve Adler, who also shared with us some very honest moments about his struggles in life, the role of his mother in his rehab as well as the truth behind his exit from the Not in this Lifetime tour.

SR. Hey Steve! What an honour talking to you! Cannot wait to see you here in Australia!

SA. Hi man! I’m so excited to get down there and play! I love Australia, you guys are the most beautiful people in the world!…By the way have you listen to my albums?

SR. Absolutely! I personally have “Back from the Dead” and it’s one hell of a release, it has a very old school rock sound, like a garage band. I dig it!

SA. Thanks man, it makes me so happy to hear that. I do this because I love and live for Rock & Roll, and for me hearing what people thinks of my music is super important.

SR. You are coming over with a very unique type of tour, as it’s a mix between live music and a Q&A with your mom Deanna, who we know is a big part of your life. What can you tell us about the shows?

SA. Yeah! It’s gonna be so much fun, I’m gonna bring a great band with me. I cannot say who the singer is yet, because we are set to do the official announcement, I’m so excited about it as it’s a guy who has played in Broadway and it’s a huge rock fan!

We are gonna play songs from Appetite, as well as songs from the Illusion’s albums that I was involved on, but sadly was never able to play live, because you know, I was kicked out of the band.

You will see us playing songs like You Could Be Mine and Civil War like there were supposed to be originally. We’ll also play some Rose Tattoo and INXS because we need to pay tribute to those killer Australian bands of course.

SR. And what about the Q&A? What can we expect about it?

SA. The honest and absolute truth and you’ll hear the F** word a lot (laughs). I’ll be an open book. Also, it’s so important for me to have my mom with me, she is wonderful, and fought for me while I was in the darkest places of my life.

It’s gonna be beyond what I said on my book “My Appetite for Destruction”, because you will be able to hear the other side of the story, because when you are high on drugs, partying, you don’t see how much you damage the people around you, so this is an opportunity for mom to share her part of the story, how she suffered because of me.

When you do bad stuff like drugs or get drunk, you never see the pain you inflict to your loved ones, because they start wondering what they did wrong. I want this to be a way to help people too, because parents have the biggest challenges in life.

I’d like to add that there is a book that helped me so much too, it’s called “The Four Agreements”, and for the last four years every day I read a bit of it.

The book says things like “don’t take things to personal” in such a way that really touches me. Since I found it, I feel like before my downfall, before the drugs…I feel like a 5 year old playing. That book saved my life.

… I got a call from Duff that broke my heart, as he called me up to saying “sorry man, but we are not gonna use you”….

SR. Thanks a lot for such an honest answer. What a journey you have had! You mentioned feeling like a 5 year old playing again. We wonder what advice would you give to young aspiring musicians who want to play drums?

Don’t be afraid to make mistakes or get desperate if you can’t get it right straight away, just keep going, learn from watching other drummers, everyone has their own style. Also go and see a lot of live music.

SR. We were very upset when we heard you had a back problem that left you unable to join the Guns’ reunion tour.

SA. Let me stop you there. My back is fine, it’s true I’d a minour procedure, but that’s not the reason I was left out of the tour.

I’ll tell you the truth. During the second rehearsal I was with Slash and Duff and I felt this pain in my back, in my spine. So I got this procedure straight away that was super quick, but the doctor told me not to play for 10 days. So after 10 days I was fine, totally ready and excited for the tour. However, I got a call from Duff that broke my heart, as he called me up to saying “sorry man, but we are not gonna use you”.

It crushed me! I was practicing like 25 different songs twice a day, every day! I knew every single one of them! I was ready. They let me down again, I felt so sad, I could not believe that after 25 years waiting for the chance to go back, they dropped me again.

3 years ago, when the reunion talks began, Slash and Duff, my friends, told me that if the band decide not to use me, they won’t do it either. It sounded like they have my back, as I’ve always had them, so for them to do this to me again is something I cannot explain.

I gave Slash his first guitar, you know…he wanted to do BMX stuff, and I gave him that guitar and look where he is now. I fought for them. This was really hard. However, I still love them, and I have their backs, even if they don’t have mine.

I still joined them on stage at some shows to play some songs, it felt great, it sounded great, but still was hard.

Thankfully, I did not fall back on the whole addiction again after this, and i won’t, because every day I move forward, and I’ll keep moving forward even if they throw me under the bus again.

I’m happy to have been part of a band like Guns n’ Roses, because few bands have that kind of magic. Zeppelin, The Who, they are bands capable to do that, where even the bad shows still sounded great.

SR. Sadly we are running out of time, I feel like I could speak to you for days. Just to finish, what would you like to say to your Aussie fans ahead of the tour?

SA. It’s gonna kick f** ass! Everyone come over and have a good time with us. I’m looking forward to answer all your questions and cannot wait for you to meet my mom too…Love you Australia and see you soon!

Thursday, 17th May
The Gov, Adelaide
Tickets: The Experience

Saturday, 19th May
The Backroom, Brisbane
Tickets: The Experience

For tickets and more information about the tour visit:
www.facebook.com/theexperienceaus/