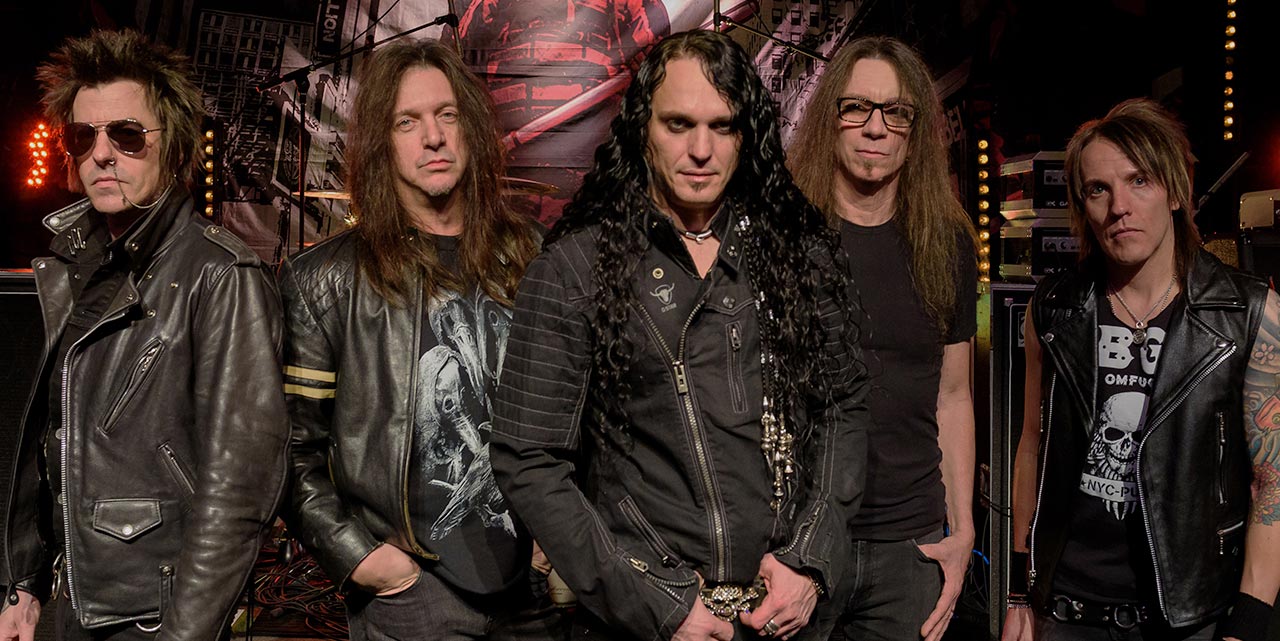 We had the chance to chat with Snake Sabo from American rock band Skid Row. We talked about their upcoming Australian tour in October, as well as discussed some of their previous experiences and memories from their times in the land down under, as well as how the band is travelling these days, now that their thirty years into their career and with a new front man, the renowned ZP Theart formerly from the bands Dragonforce and I Am I.

SR. Hey Snake! You’re gonna be coming down to Australia for a tour I hear?

Yeah man, in October. I was reminded earlier that the first time we ever went down to Australia was May of 1990. That’s crazy, literally 28 years ago this month!

SR. Congratulations, you’re coming up to 30 years now. You survived three decades of sex, drugs and rock and roll!

I don’t know how other bands feel about what they do for a living, but we certainly don’t take any of this for granted. We’re very aware of how lucky we are to be able to do this for a living and literally tour the world still. I remember when we first came to Australia and we were kids.

We didn’t know what to expect, but everyone said it was amazing, and they weren’t kidding. Australians have such a lust for life, everyone is just so positive and outgoing. It was a wonderful experience! We’ve never had a bad time going to Australia!

“…He’s (ZP) been such a blessing, he’s all about the band. He’s very positive, the glass is always half full, and that’s really infectious…”

SR. Can you tell me a funny story from one of your Australian tours?

The first time that we were down there, we got introduced to a drink called Flaming Lamborghinis. Trust me I can put down some drinks believe me, that’s one of the things I’m good at. But those things just destroyed us to the point where we got tossed out of bars, we all ended up fighting each other, everyone woke up with bruises and busted lips the next day and it was like; ‘What the hell happened man!?’

SR. You guys are coming down here for the United World Rebellion Trilogy, tell me a bit about that?

We’re getting ready to start production on part three, that piece is gonna be a full length LP. Michael Wagner is gonna be working on it, we’re gonna start pre-production this month. It’s exciting, it’s the first time we’ve recorded anything with ZP. He’s been such a blessing, he’s all about the band. He’s very positive, the glass is always half full, and that’s really infectious, it seeps its way into your consciousness.

The more time the band spends with each other, the more we actually enjoy spending time together, which is really crazy at this stage in our careers. We’re very energised, we just got back from Europe, and it was one of the best tours we’ve ever had!

SR. What made that European tour stand out so much? It’s where we’re at as a band. We’re all happy and healthy, excited to be out there playing together, it’s everything that a band should be. We get to play the music that we love, and enjoy what we’re doing. We’ve had such a great run over the past couple of years, it’s been really inspiring and re invigorated everybody. I think that’s very evident in the way we are performing and playing.

SR. Do you think this new found energy is because of ZP coming on board?

Absolutely. After all this time being in a band and being in this business, it’s inevitable that you get cynical and you put your guard up. When a person comes along and they’re upbeat and positive and intelligent, and they’re not a self-serving individual, the cynical side of you thinks “what am I missing here?”. You wait for the shoe to drop and everything to fall apart. Two years in and the shoe hasn’t dropped, there’s no drama, we’re all having a great time. That really sets the tone. You actually want to get into the rehearsal room with each other, to write music with each other, go out on the road with each other. We spent five weeks in Europe and it was awesome. We hung out every day, even on our “days off”. That’s really humbling that we’re able to have that type of relationship at this point in our careers and our lives.

SR. Totally, It’s crazy to think the past singer of Dragonforce is now in Skid Row. Do you think Skid Row will ever play any Dragonforce covers?

(Laughs) No. I’ve gotta be honest, I knew ZP was in a band called Dragonforce, and I had heard of them, but I’d never heard their music. I didn’t know what his voice sounded like until he was in the band I am I and they played a bunch of shows with us. That’s how we became friends.

SR. Have you been using any new gear lately?

Well, I started using the Kemper profiler, and it’s absolutely amazing. I went into that thing kicking and screaming, I’m all about old school amps. Michael Wagner was using Kempers and he kept telling us non-stop how great they were. To be honest I wasn’t interested, but Michael managed to turn Rachel onto it, and Rachel got one for his studio, so when I was down there writing with Rachel I’d be playing through the Kemper. I’m still a newbie at it, but I absolutely love it.

The idea of using that on the next record with Michael is so exciting, you can dial in whatever you want. I love going in with the amps and stuff, but it’s very time consuming. It’s totally new school and I’m new to it, but I’m converted.

SR. Do you have any messages for your fans?

I’m so thankful and humbled that we’re still able to come to Australia after all this time, and that people still wanna come see the band. I hope everyone gets the chance to come out and see the band with ZP, I can guarantee they won’t be disappointed.

Don’t miss Skid Row when they head to the land of oz in October to celebrate almost three decades of doing what they love and partying along the way! It’s going to be an epic performance, so secure your tickets now, before they’re sold out!