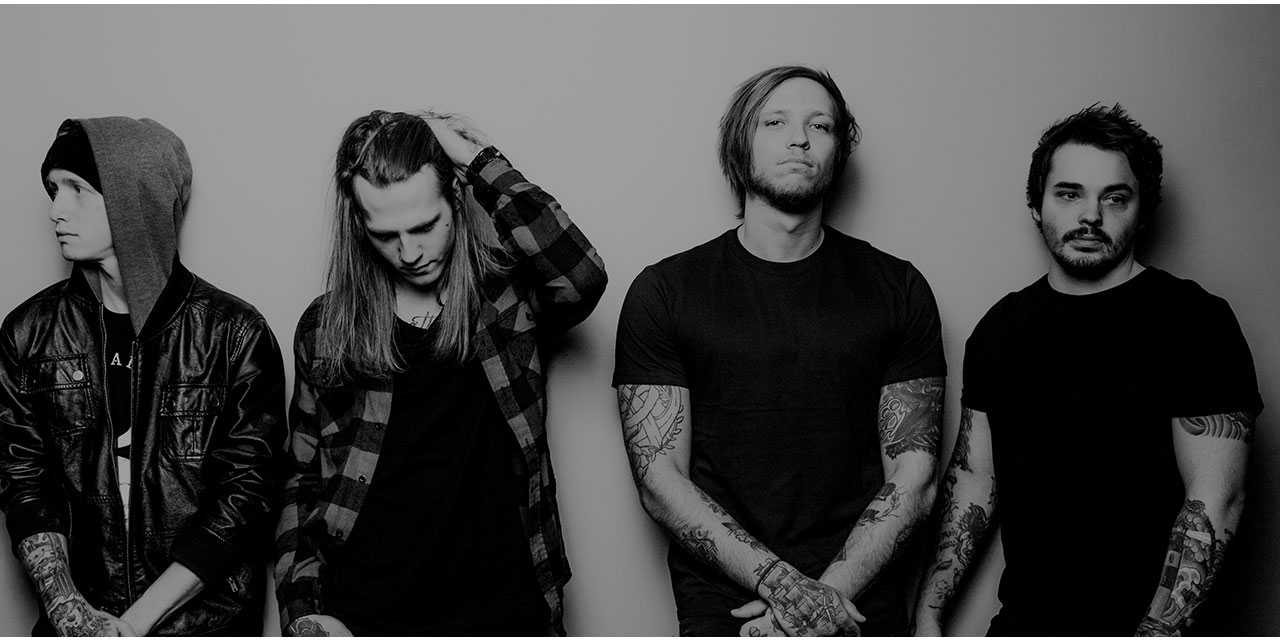 Sink the Ship are the up and comers hailing from Ohio who have embraced their musical hardcore roots in their debut album Persevere which just dropped today!

This band is definitely one to watch and if you’re a fan of bands like A Day To Remember, Falling In Reverse and all those other bands we listened to when the scene was in its prime, these guys are what we’ve been waiting for.

Thanks to our buddy John Howarth we got the chance to chat to vocalist Colton Ulery ahead of the album release.

SR: For readers who might not know much about you, how would you describe Sink the Ship in one sentence?

SR: A very exciting time for Sink the Ship with your debut album Persevere coming out very soon, how does this all feel for the band?

SR: You’ve just released a single from the album called Everything which features Levi Benton from Miss May I, how was the experience working with him?

He is probably the nicest guy I’ve ever encountered.  He’s like too nice, he actually had to film that part twice, there was an issue very first file of the video so he flew all the way out to Ohio to do the part again for us, so yeah very nice.

SR: Let’s talk a little about your influences? SR: You talk on social media about your struggles with anxiety and how you’ll basically do anything before taking antidepressants. When did music become an outlet for you?

Probably when I was in high school. I’ve had anxiety and depression for like… Since I was in sophomore year so like 14

SR: How much of this struggle is interpreted throughout the album?

I would say all of it. I think a lot of people, especially in America could relate to all the issues I have in its realest form

SR: You’ve played with an impressive list of classic emo bands like Blessthefall, IWrestledABearOnce and metal core legends Architects to just name a few, for an up and coming band like yourself what does playing with those artists mean for you as a band?

I mean, it means a lot because we were playing with those bands when we were absolutely nobody and getting in front of a crowd is to play and to say that I’ve played with these bands that I listen to is pretty cool.

SR: Hardcore and metalcore as a genres some would call outdated. How do you plan to keep Sink the Ship fresh with the ever changing music scene.

I think if you listen to the whole album we definitely jump into more than one genre, I’m not afraid to go anywhere with music so we will keep things afloat by staying current. We chose that genre for this album because that’s our roots, but I can see the band evolving and doing more stuff that’s not outdated.

SR: Any plans for coming to Australia soon?

I hope so! Because you guys have great accents and great bands like Parkway Drive. We have plans to tour Europe this year so hopefully we can get down there!