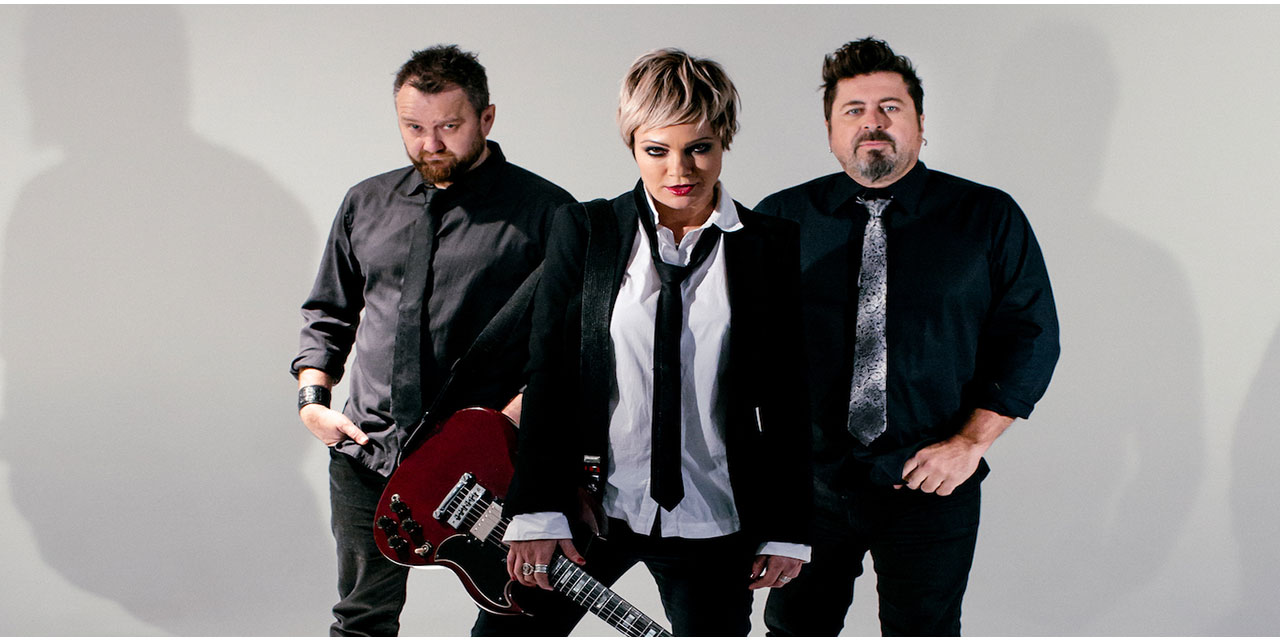 Sarah McLeod has been rocking our airwaves since the early nineties, fronting rock band The Superjesus which brought us hits like Gravity and Down Again. 20 years later and Sarah and The Superjesus are celebrating the anniversary of hit album Sumo with a re-release and a tour!

Thanks to Fiona at On The Map we got a chance to chat to Sarah herself about the tour and nostalgia behind the SUMO album.

It’s been 20 years since SUMO was released which landed at number 2 on the Aria charts, looking back do you think 20 years ago you’d have all the successes of the Superjesus and even just your own career?

No, I remember when we first got signed to our management company and our manger, Dan- I would have been maybe…22? Our manager, Dan he pulled my mum aside and said “we’re going to sign your daughter, get her to scrimmage all her money because there is only about 4 or 5 years in this game, so any money she makes, make sure she invests it well. It’s going to be a quick game, not a long game” I remember my mum told me and I of course didn’t follow any of that advice, nor was it the quick game.

Your also doing an extensive tour, how are you feeling about jumping on the road to perform these songs again?

I’ll be alright once I get the first show out of the way. I’m excited but I’m a little bit nervous because we haven’t played a lot of these songs…ever, and they’re quite involved, like they’re really full on, so I’ve been learning them but it’s also good to hear the old tunes again, just hear them played live. Everything deserves to be played live once. I consider it our best record and there are songs that I’ve never bothered to play live; I think is sort of disrespectful to the album.

When Sumo was released you also brought out Sumo 2, released in 1998 with live tracks will you do a similar idea this time for the anniversary tour?

We have talked about it, there has been some whispers across the wind but I’m just ignoring them, because the idea of doing that is really daunting. Just want to get the tour done first [laughs]

Did you have a favourite track when you wrote the album and is it still the same?

When we recorded it, my favourite track was Now and Then because we had the orchestra and I got such a kick out of it. It was the only time on a record we got to use a full orchestra and we were in Atlanta in Georgia and we had the Atlanta Philharmonic Orchestra and there was like 40 of them or something. And I remember when they walked in and they were warming up, just to play that one note, I’ll never forget the moment I got Goosebumps. The getting ready, and the scuffling of the papers they were reading from and I was just like… “Holy Shit!” But that’s not my favourite now, I prefer something a bit groovier… a bit more rocking.

The Sumo re-release with the unheard version of Kylie Minogue’s Confide In Me. Have you had any response from Kylie bout the cover?

I haven’t played the song, to Kylie, I haven’t even sent it to her- maybe I should.

Being such a notable artist and the music scene still is quite a man’s game, do you have any advice for any up and comers to be able to shine for the same success you’ve had?

Well, my main advice, my whole obsession with being a musician is song writing, so it depends on whether you’re a song writer or not. But my advice for song writing is that is has to be something that you need to be really careful with and construct it gently and slowly and articulately so you can get your point across really simply. I think about this a lot by the way, and there is no magic formula but to get a song to connect with people is this internal struggle  and question as to why or why it didn’t connect. In my thousands of hours that I’ve sat around thinking about this, I think it’s not only the groove and the catchy melody, but you need to take people on a journey in a really simple fashion. It’s so easy to overthink your lyrics, be your own best critic, just make sure every line that you write is a 10, and the best lyric you can think of for that position.

If you could choose any song you’ve written to name your Biography, what would it be?

Maybe My Imagination, which is a song off my last solo record.

Any song you wished you’d written?