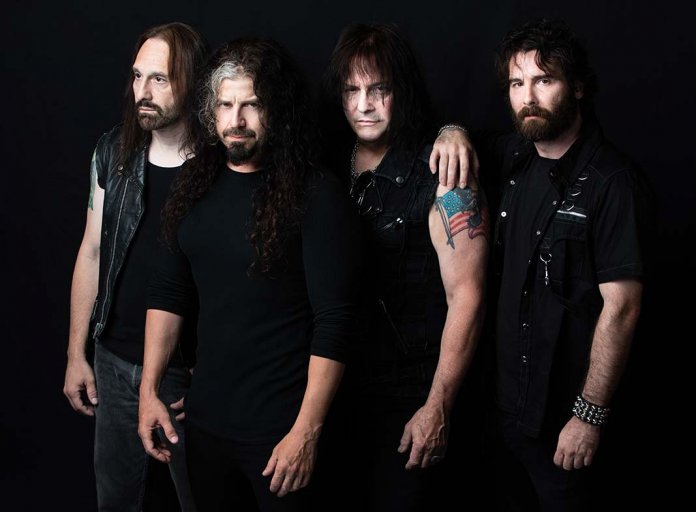 We had a chat with Ross Freidman better known as Ross the Boss – the renowned legendary guitarist of the epic American heavy metal group Manowar formed back in early 1980.

You’re coming down under pretty soon for the album anniversary of the classic Manowar release ‘HAIL TO ENGLAND’, you must be excited to get over here and perform it to us live!

Yes we are! We came over last year, it was a fantastic success and we are looking forward to coming there again. The band is getting tremendously better each and everytime we hit the stage (I bet you hear that from everyone), but it’s true. We like to play, we’re very very happy to play there again. I mean we love being on stage, we really do. We have a tremendous chemistry together up there.

You were over here last year that’s correct, can you tell us a story of something crazy that took place while you were here?

That must have been a great feeling, aside from the fan meet and greets did you get to do much in Australia while you were here, or was it a pretty tight schedule?

The schedule was pretty tight because days off are expensive, but that said I think we have a day off or two this time round. At the end of the day we’re just there to work. But we will make the most of it.

You have broke a record 3 times over in the past for being the loudest band ever, how do you guys go about maintaining that record these days?

It’s very hard especially in Europe because of decibel requirements now in venues and in concerts, but I can tell you one thing that I’m quite proud of, we played a festival back there in 2017 and I have my own sound man, we were told by the festival to turn down like 7 times during the set, to turn down by him because we were getting in trouble, it’s a great honour, playing the biggest metal festival in the world and still being asked to turn it down, it was RENE who was told to turn down, but he was instructed, he even took a blood oath to never turn it down if told, ever. He just kept saying yeah, yeah, yeah, you know what I’m saying… He just kept turning the volume up. These festivals are said to be notoriously loud, but believe it or not, really they’re not, but whenever I have my own sound man with me it’s tenaciously loud, people would have to come to me with guns pointed at my head to make me turn it down for anyone…

So when you’re here in Australia can we expect a pretty loud show?

It will be as loud as we can get it while still remaining clear and beautiful.

How do you go about maintaining such a loud sound? more amplifiers? What makes it so loud?

Well Manowar the band always had tons of equipment, thesedays there’s heaps of guitar and bass amps but the tone is in your fingers and our soundman says (and it’s a fact) you can only go as loud as the PA anyway, you can’t overwhelm the PA, so we do it as professional and as clean and as loud and heavy as we can possibly get it.

In regards to any new releases, is there something new upcoming that we can look forward to hearing from Ross the Boss?

Well last year in April we released By Blood Sworn, my third record, it’s doing very well. I have a lot of requests from the Australian and New Zealand fans to play new music believe me, it’s not just Manowar. This Saturday we start working on our new record, it will be done by the time we come to see you, mostly done, we’re starting this Saturday in the studio, it will be my fourth record with this current line up for this band at this second, but for those people who think I just live on to play Manowar songs believe me, that’s not the case.

Is there anything you would like to say to your fans down here in Australia who look forward to seeing you here relatively soon?

Yes, yes there is a final message, if you want to get your head blown of, if you want to see a really great metal band at its peak powers for now, come to the R T B events because you will not regret it. Everyone who saw it last time was blown away and I don’t break promises.

We look forward to seeing you here in November so we will see you then.

We love your country, and look forward to seeing you all too, we really do.

Don’t miss ROSS THE BOSS touring down under in November!

Get Your Tickets Now!
davidroywilliams.com/tours/rosstheboss/ 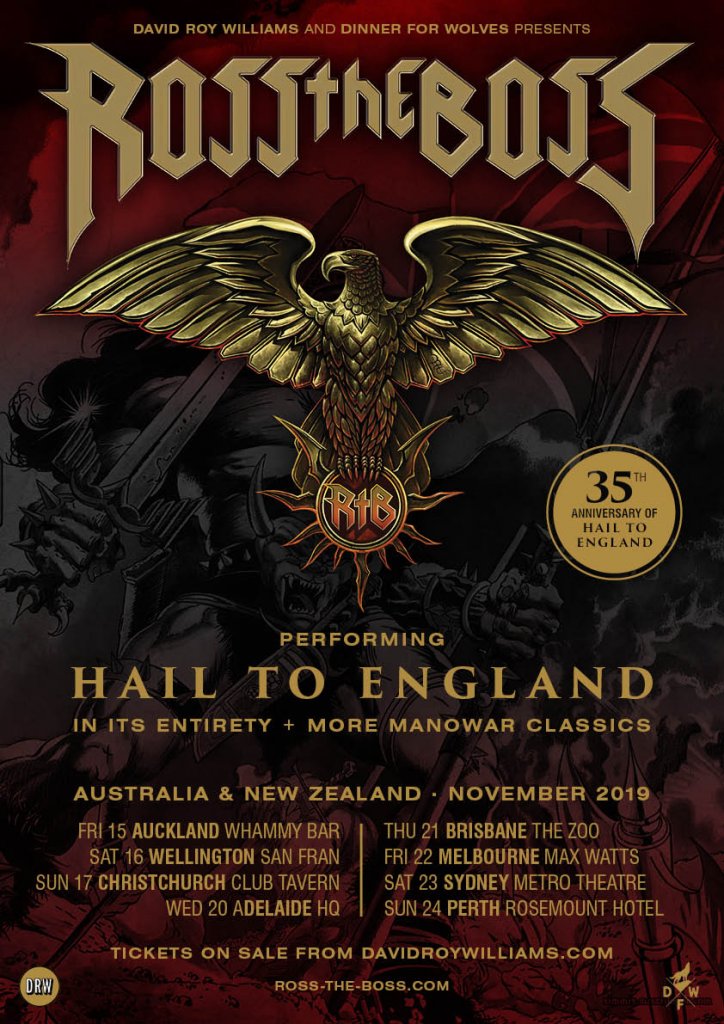