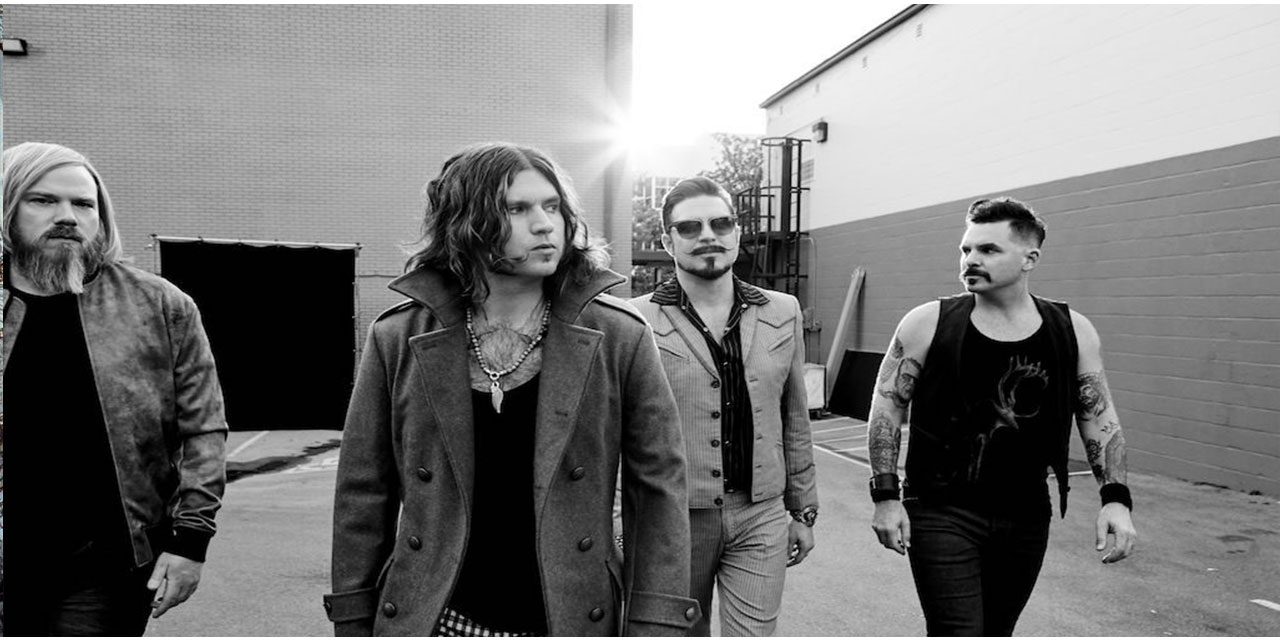 If you like good old fashioned rock and are looking for that band or album to freshen up your 2019, then Rival Sons and their latest record Feral Roots should be your first point of call!

Thanks to Warner Music, we got the chance to chat to singer Jay Buchanan about the album, his love for Australia and what their song Jordan means to him!

SR: It’s been a few days since your album Feral Roots has been released, how have you found the reception so far?

The reception has been great from everything that I’ve heard. I get text messages and updates from the label, management and all that stuff. They guys in the band seem to be pretty happy about it, from what I understand the social media has been buzzing! Report’s been good and I’m very happy to hear it! I’m looking forward to touring this record and giving the songs a second life which is on the stage.

SR: You guys seem to be spiritually and universally connected, even with the story of how Rival Sons came to be and how you linked up with each other seems beyond coincidence, do you think things happen for a reason?

SR: Once again you did work with Dave Cobb as your producer, which you have done for your past records, what makes Rival Sons want to continue to work with him?

Well Dave is just part of our family. He is a very close friend of mine and we’ve done 7 records with him over 10 years, and Dave Cobb is a pro, it just suits me. For the most part he operates intentionally, most of the time with a very “Occam’s Razor”; the simplest solution is probably the correct solution. A lot of other producers get in there and try to be really heavy handed and too intellectual about things and they really just get high off their own farts. With the way that we work it’s completely different, you can’t intellectualise anything way too much- it’s called music. Write your music and record it. Don’t sit around patting yourself on the back or high-fiving each other too much. We look at it much more as Do your fucking job, let’s work and let’s make music together. With Dave, he’s just got an easy going way about him. He’s got a really good bullshit detector, so it he catches you getting a little bit too heady or artsy-fartsy and he’ll call you on it. “You kind seem like you’re trying pretty hard here, is that what you’re going for?” and like that, he called me out again!

And I trust him, I’ll get in there and do one or two vocal takes ill just do it and then I’ll walk out. He says “go get some lunch or something”. We don’t labour over it. That’s not the way that we cruise.

SR: When I was listening to the album, every song took me back to a memory.

SR: In 10 or 20 years what do you think you’ll remember most about this album?

I think I’ll remember Feral Roots and Shooting Stars. Feral Roots just, the song means so much to me. Feral Roots is really about a return to form. I grew up in Southern California way up in the mountains, two miles back on a dirt road. I grew up surrounded my nature. Wild animals and everything! Then I graduate high school and I had to move away so I could develop a career in music, you just can’t do that in a sleepy mountain town way up in the middle of nowhere, but you see I grew up that way and when you grow up in nature, you grow up with that reflection and that harmony and isolation. Well that rhythm never gets lost. Three years ago I moved my family to Tennessee so we lived out in the suburbs for a little bit and then last year and a half ago I moved my family out into the woods and now I’m back out in the wilderness and that is a return to form, for me. With that return to form, that longing for your basic essence and your refinement for reduction was a constant theme for me, to feel that I’m returning home again and I’m becoming more myself again. It was a very pleasant catharsis for me.

SR: You guys have just announced a massive tour in the northern hemisphere but when are you planning to come to Australia?

As soon as we can!! It’s a little bit out of the way [laughs]. I love Australia. I’ve been going to Australia for the last 13 years or so and I just took my family down there in November, a friend of mine was getting married so we flew into Brisbane and went north to the Sunshine Coast. It’s just a beautiful place. I’ve ’been all over austral and I absolutely love it. So the sooner the better!

There is some great music coming out of Australia at the moment too! Well there always has! Australia just gets rock n roll. You’ve got Jet, Wolfmother, and now you have King Gizzard and The Lizard Wizard– I love that band! That’s a band I listen to, I think they’re fantastic.

SR:  If you could choose one song out of your discography to name your biography what would it be?

I would say it would be the song Jordan from our Head Down record. Jordan is a different type of a song, especially for a rock and roll band. I wrote it as a country waltz both lamenting and celebrating the loss of a lost one. It’s basically a narrative sitting bedside watching someone you love and watching them slip away into the arms of the beyond. Now here’s why I would make this the autobiography with that song, what’s different which is important- when we were making the Head Down record, our fourth record and when we were in the studio and I felt very insecure about this song because it was calling to me, and the song forcing itself to be more and it was a painful song to work on. That’s a heavy topic. And I kept thinking why am I working… no rock and roll fan are never going to want to hear and slow, country waltz, with me singing about this- no one is going to hear it and I’m wasting my time.

I finished it and I showed it to the band that night and it was like 3 in the morning. I made a couple of the guys cry when they listened to it. They said like hey man, we got to do that song! The next day I got into the studio and I played half the song for Dave Cobb and he goes we are recording this right now. I said okay, so the band- everybody sat down to their instruments and we were just supposed to rung through it to get the arrangement. We played it and then as soon as we finished running through it, Dave Cobb said you guys are done. I was like what? No no no man that was a practice run.

What you hear on that recording is the first time the band has ever played it. That’s part one of why this song is important. Everybody in the band, Dave Cobb, they would all tell you the same thing. As unreal as this story sounds, it’s true, I was there and that’s what happened.

The second part, I still felt insecure about our audience wanting to hear that song. But people would write to me, they would come to me in tears, have the lyrics tattooed on their body saying we played that song at so and so’s funeral. That song has helped me. People tell me that song gave them strength and helped them in their lives. I’m just the song writer. When you put songs together, you’re not setting out to do anything miraculous, ever.

If I have done anything good in this world it’s that if people tell me that it’s helped them and it’s a hard time in their lives. Jordan is the one, Jordan is the song that did that and that I never would have expected or through that something so beautiful would happen from me just doing what I do. It was one of those things that you don’t plan. That song ended up being typically in our set just about every night because I’ve learned that just by the laws of average there is probably one or two people in that audience every night who need that song.

There are so many [laughs] Oh my goodness! If It Be Your Will from Leonard Cohen. That song was so beautiful.