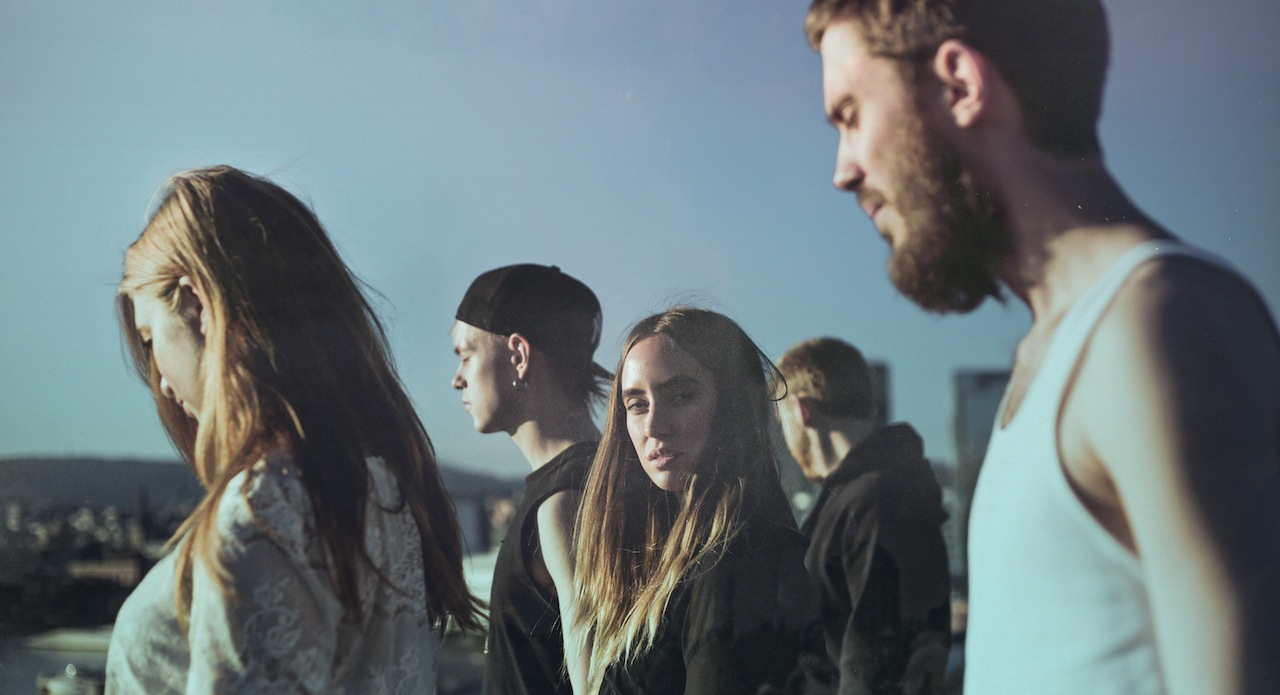 Norwegian indie pop band Highasakite have made quite name for themselves both in their native Norway and around the world with praise coming from the likes of NME, Pitchfork, The Line of Best Fit and many others. Their album ‘Silent Treatment‘ had critics ravings about their expansive sound, soaring vocals and synthesizing beats. Recently, Highasakite wow-ed Australian audiences on their first ever trip here in September. Luckily for fans, the five-piece band are headed this way again in February 2015 to play Laneway Festival and a set of sideshows!

Spotlight Report had the chance to talk to the relaxed drummer of the band, Trond, about the festival, their love of Twin Peaks, up coming plans and their favourite records of 2014.

Hi Trond – how are you? What’s the time where you are at right now?

Oh, you must be exhausted.

So you are playing at Laneway festival – what do you know already know about the festival?

I know it’s a traveling festival and they travel around lots of cities in Australia.

What are you looking forward to with these festival shows?

I hear that the festival is quite good with their artists, providing good food and I heard they take good care of the artists, so I’m looking forward to that. I hope I can meet some of the other artists as well because it’s a really good line up I think.

Is there anyone in particular on the lineup that you really want to see? You’re playing a few sideshows as well – one at Sydney’s Metro Theatre, what are you looking forward to about these smaller shows?

Hopefully, there would be a lot of people there. Last time we played in Sydney and Melbourne, it was sold out, I think. At least in Melbourne it was sold out. It looks like we have quite the fan base over there so hopefully a lot of people will come to the shows. I hope so anyway, but I’m never sure though. It seems like people are excited that we are coming.

Well the Metro is a great venue so it should be packed. How do you think these shows differ from festival shows like Laneway Festival?

What is one thing we can always find backstage at your shows?

We always have some clean socks backstage and some toothbrushes.

We like to feel very clean when we are going on stage. (laughs) You know we are traveling the whole day so it’s always to freshen up. You could probably find a whole bunch of stuff like make up removers, good wines and some fruit.

I read in an interview that you guys said some of your music was influenced by the Twin Peaks soundtrack- are you excited about its return? Do you think the soundtrack to it will be as influential as it has in the past?

I hope so. I probably didn’t say that though, it was probably Ingrid. I haven’t watched Twin Peaks yet but I’m still a massive fan of the music. I wonder who will write the music for the new season but if it’s the same composer, it will be equally great.

After all David Lynch is behind it, so it will definitely be great.

What have been some of your other personal musical influences than?

I have been listening to Lykke Li a lot. Not her latest album but that older one that came out maybe two or three years ago, the one called ‘Wounded Rhymes’, I love the drumming on that record. I love the band Purity Ring, it’s a Canadian electronic pop duo.

Do you these records directly influence your sound as a band? What have been your favourite tracks for 2014?

Well it is funny that you ask that, do you guys have Spotify in Australia.

Yes, we do. I mean we didn’t get it as quickly as Norway and Sweden but we got there eventually.

Oh cool, because we were at the Spotify headquarters today and we were asked to tell them the artist that we listened to most this year so we already have this answer in mind. (laughs) We listened to the War On Drugs’ record.

Was there a particular stand out track on that record?

I think the whole album is great but the stand out one for me is probably ‘Red Eyes’. It’s probably the song we have listened to the most.

What does Highasakite have in store for 2015, any chance of some new music?

Yes, we have been recording some new music and working on a new single at the moment. I’m not sure if it will be released world wide immediately or maybe just in Norway first and maybe the rest of the world later. We are also going to start recording our next album in May, I think. We are also going on tour in between studio sessions, and a whole bunch of Norwegian festivals and hopefully some festivals in the rest of the world as well. So it’s all exciting.