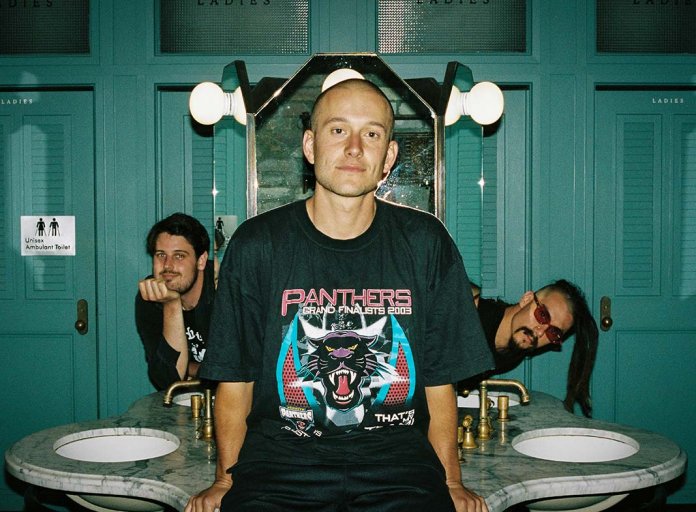 To find out more about the band and the album, we had the chance to get in touch with the band’s frontman Noah Church.

SR. For music fans who don’t know much about you guys yet. Would you mind introducing Dave the band to our audience?

SR. What are the challenges of releasing a debut album?

There weren’t many. It felt like the natural thing to do. We just took it step by step.

SR. If you could pick one song to get fans go crazy at a live show you what song would you pick and why?

Fans go crazy to all of our songs at live shows.

SR. When did you know you have the right songs for the album? Did you leave any tracks out of the final track list?

I’m pretty selective with the songs that I show the guys. Partly because I write a lot of songs but also because I know what’s going to make a yoch banger. We scrapped one just before we went into the studio because it didn’t make us feel as good as the others.

SR. What comes for you first the lyrics or the music?

Either. In the past, it was always the music. I’ve started trying to write more lyrics away from the guitar though so I have a little bank of good lines. Footy Socks was one of the first songs I wrote all the lyrics for before writing any music.

SR. What Australian musicians you look up to for inspiration?

Midnight Oil, The Drones, Peep Tempel. Screamfeeder, You Am I, e4444e, Bin Juice

SR. How was working with Steve Albini? What did you learn from that experience?

We learnt to be great at what you do and not worry about what everyone else is doing.

SR. It has been a crazy 2020. How the pandemic has affected you as a musician? What do you think is the best way for Australian musicians to keep their music alive during these complicated times?

I’ve been spending the time writing a lot at home. If your music is not keeping alive in a time when you’re at home a lot and there isn’t much else to do then why are you making music at all?

‘Slob stories’ is out now