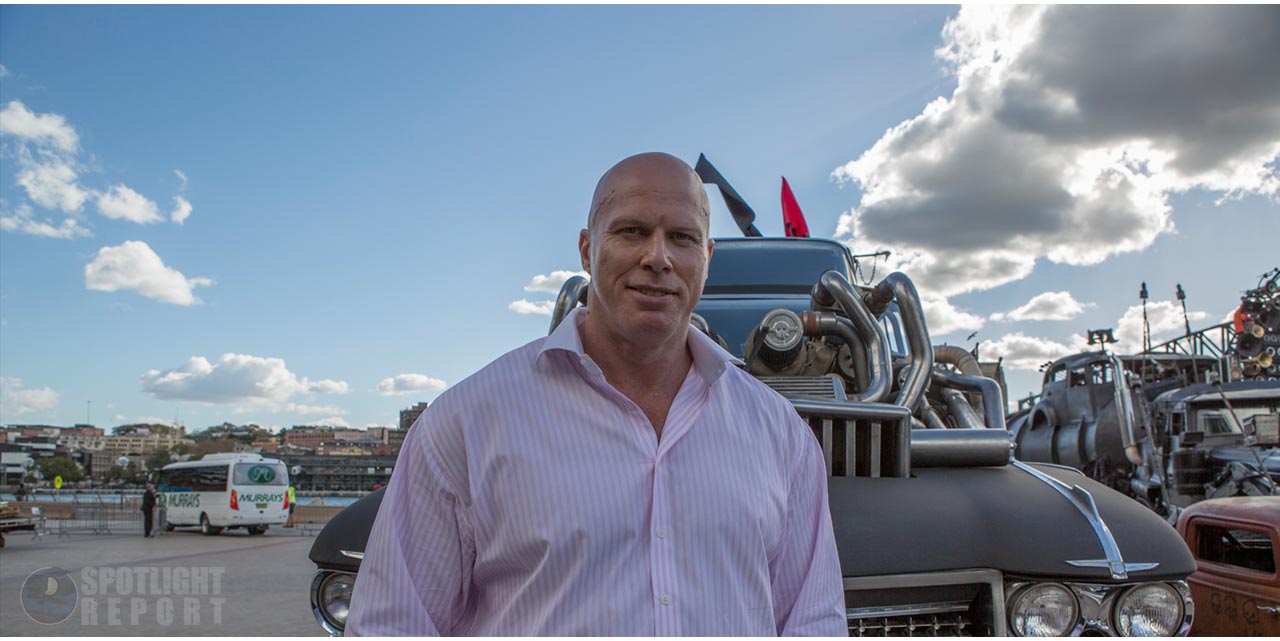 Since its release two weeks ago, Mad Max: Fury Road seems to be the movie that everybody is still talking about. For those of you who aren’t aware, this is the fourth film of Australia’s George Miller’s Mad Max Franchise. With the first three films being lead by Braveheart’s award-winning actor and producer, Mel Gibson, Tom Hardy took over the reigns of playing the role of “Mad” Max Rockatansky. With casting including the likes of Charlize Theron, Nicholas Hoult, and Hugh Keays-Byrne, the film has been praised for its acting, screenplay and stunts. The post-apocalyptic film has brought such rave reviews from critics, that it may even be a timeless classic for decades to come. Retiring professional wrestler and Aussie actor, Nathan Jones, played the role of Rictus Erectus (Immortan Joe’s Son) in the film. Even after his career in wrestling, playing this character made him realise that acting was something he thoroughly enjoyed. He spoke very highly about this experience, feeling very proud at how perfectly everything fell into place.

“The style of the movie is epic. There’s like a thousand people on set everyday; the stunts were incredible, the logistics of everything was amazing,” says Jones. “It got everything together which made it work really well. I’m just really proud to be part of this experience. It’s wonderful.”

Jones praised Miller’s dedication while on set. Working with the director gave him an insightful look on how his work ethic impacted other people. Apart from the Mad Max franchise, Miller is also well-known for his work on popular children’s films such as Babe and Happy Feet.

“He’s a wonderful man. He’s an incredible human being, he’s a humanist, he listens to everybody and he’s a great leader. I’ve never seen him get upset, no matter how it was. Out in the desert, it was like 45°C in the middle of the day but in the afternoons, it would drop down to -2°C and the conditions were really harsh, you know,” He continues. “But George…I love George; the way he actually makes movies, he respects the intelligence of everybody – in his audience and in every part of the movie-making business. He’s a perfectionist and there’s not that many people who have that same dedication to their work in the business these days. It brings so much into the world and he has a good message within the movies themselves. You can tell that he’s a doctor and that he wants to try and heal the world.” Aside from Miller’s exceptional work as a director, this would not have been possible without the wonderful cast Jones worked with. He described the actors on set as people of good-nature despite the intense roles they had to undertake. It was from there that made him feel like he was part of a family.

“…When you’re my size, everyone loves a David and Goliath match…”

“Charlize [Theron] scared me”, He laughs. “But she was in character and she’s a lovely lady but she had to be this really strong woman. Tom [Hardy] was cool and he was really good to work with but he was intense. He wasn’t scared to mix it up a bit in the fight scenes because I worked with some stunts with the actors and they’re not used to it, so they’re a bit scared to hit me or hurt me. But Tom is right into it and he’ll even give you a few bruises,“ chuckles Jones. “It was a pleasure to work with him and he’s actually my favourite in the stunts and the fight scenes.”

Being retired from his professional wrestling career since 2005, Jones explains that it’ll be an unlikely possibility for him to go back to his old roots. With a strong interest in acting, he intends on picking up more opportunities that come his way. “I’d rather do more movies and I like them better. Hopefully I’ll get more work in the future – that’ll be great.” He says.

Jones then expands on getting more acting work that will adjust well with his physique. With his height reaching over six-feet, he strives to take on acting roles that are more meaningful to him. Jones explains, “When you’re my size, everyone loves a David and Goliath match and it’s like that uphill battle in the Rocky movies and they’re really interesting. I’d like to get other roles and show some more versatility.”

With a film that showcases violence and amplified intensity, Jones talks fondly on one of his favourite moments in Mad Max: Fury Road. Despite the potential of things worsening, Jones still persevered and felt more lively than anything. “When I was using the flamethrower, it was operational and the fuel line broke and it just sprayed and it spilt all over my body,” He admits. “I had to shut it off real quick and I was above the engine which was burning hot and I could’ve been in flames at any moment; that was pretty intense and it made me feel alive.”

A must watch film! Check our movie review here