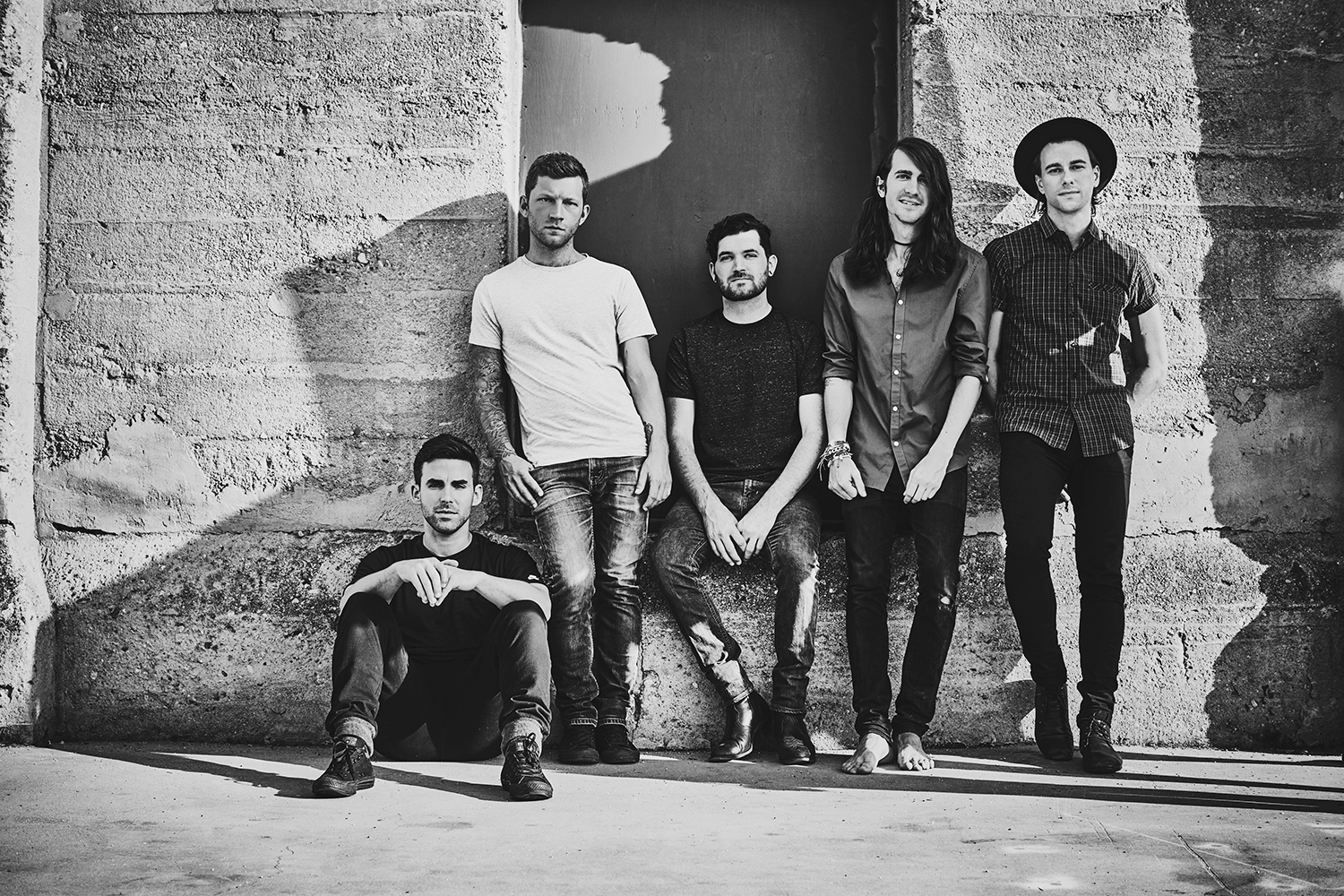 Whether you’re an old or a new fan of Mayday Parade, if you came across them as a teenager, you’d be aware how much of an impact they made in records like A Lesson In Romantics or Anywhere But Here. Up until now, the Floridian-based band are still making their mark with their combination of alternative rock and pop-punk genres, earning certain achievements such as touring the world and selling out intimate shows everywhere they go. As we spoke to rhythm guitarist Brooks Betts, his excitement for coming back to Australian shores was something he was grateful for. Having to travel around the world with his band mates and bringing some rad support acts, he was more than stoked to tour with the talented The Early November from New Jersey.

“Yeah, it’s going to be great,” he says. “You know. they were doing stuff before us and we have seen them play shows so we were kind of growing up and learning the ropes. I think anytime you get to tour with a great band, it brings some sort of legitimacy [to the shows].”

Mayday Parade have been consistently visiting Australia annually, and no complaints have been made considering how some shows are already sold out for their upcoming one. Known for their way of mesmerising an audience, the end of this year’s Australian tour meant coming back home and doing a tour that would pay homage to their debut EP Tales Told By Dead Friends. Turning ten years old this year, Betts still holds great sentiment to what formed the foundation of the five-piece.

“It means a lot because it was really the beginning of everything,” he says. “We put a lot of effort into that. We released that before we signed to Fearless [Records] so there’s a lot behind it. There’s a lot of work and emotion because it was the start of this band. Being able to go back and do these shows to mark its ten years with people coming out and seeing these shows, will obviously have them listen to all the songs to re-acquaint and celebrate them. It’ll be a very cool thing. I don’t listen to all our stuff all the time but recently, I went back and listened to it because obviously we’re doing this tour, and you just forget how good some stuff is if you don’t listen to it.”

“There was nothing that could’ve ever stopped the direction we were headed.”

Already releasing five records and still being in the game of music has had Mayday Parade witness the challenges and the triumphs that come with the band. Betts admits that there was still an aspect of the band which remained constant.

“I suppose the one thing that has remained constant is probably keeping songs that still have intricacies,” Betts continues. “Things that did well within our vision of what pop punk rock is, and not that mainstream sort of feel.”

The band also managed to release their fifth record Black Lines last year, which was well-received by both critics and fans alike. Though the record itself was a lot more slow-paced and intimate, it still added value to what Mayday Parade wanted to be at this present moment.

“I don’t know how or why they evolved in a certain way,” he says.  “Maybe we just sort of talk about things but really, everybody writes individually. We kinda bring it together as a group, so the fact that we came to the drawing board together with so many darker feeling songs, was really interesting. I think maybe that’s just part of getting older. You start to enjoy things that are a little bit darker.”

In 2012, Betts managed to join forces with bassist player Jeremy Lenzo, starting their own band Truth Or Consequence. With Betts using his skills in most of the instrumentals while undertaking the role of being the vocalist, it was an interesting dynamic to see Betts explore his multitude of talents even further with the project.

“I have stuff that I work on that can never be Mayday Parade songs,” Betts explains. “I can’t say ever, but at least in their current form. I needed an outlet to put those on, and I wanted to be able to release some stuff like that and be able to sort of sit down and just play an acoustic guitar; even go out and play some shows for fun and have something like that out there. That was a big dive for me – getting into learning how to sing so I guess that whole process helped push that along and gave me a reason to actually work on my voice.”

For the Floridian outfit, everything until now has been smooth-sailing but that shouldn’t disregard the hardships they’ve faced in some years. Though it’s been a long journey, it’s evident that they’re here to stay; to move forward despite the challenges that swing their way. Even through the course of everything, they still remain as one of the most dedicated bands in the alternative scene, ready to create more compelling songs and touch the hearts of millions worldwide.

“We’ve definitely had lucky moments but I don’t think there was anything that was going to break up this band,” he says. “There was nothing that could’ve ever stopped the direction we were headed. The biggest hurdle was working with Atlantic Records on our second record, Anywhere But Here. I think we’ve still put out a really good record; it wasn’t exactly the kind of record we hoped it would be when we went in and set out to write. The biggest hurdle was having to deal with a major label – breathing down your back and controlling things artistically, more than you ever thought going into the process. The fact that we put out that record and fans still liking it, stuck with us long enough to continue the path that we really wanted to be on.”

Mayday Parade will be touring in Australia next month with The Early November. Check out the dates below!