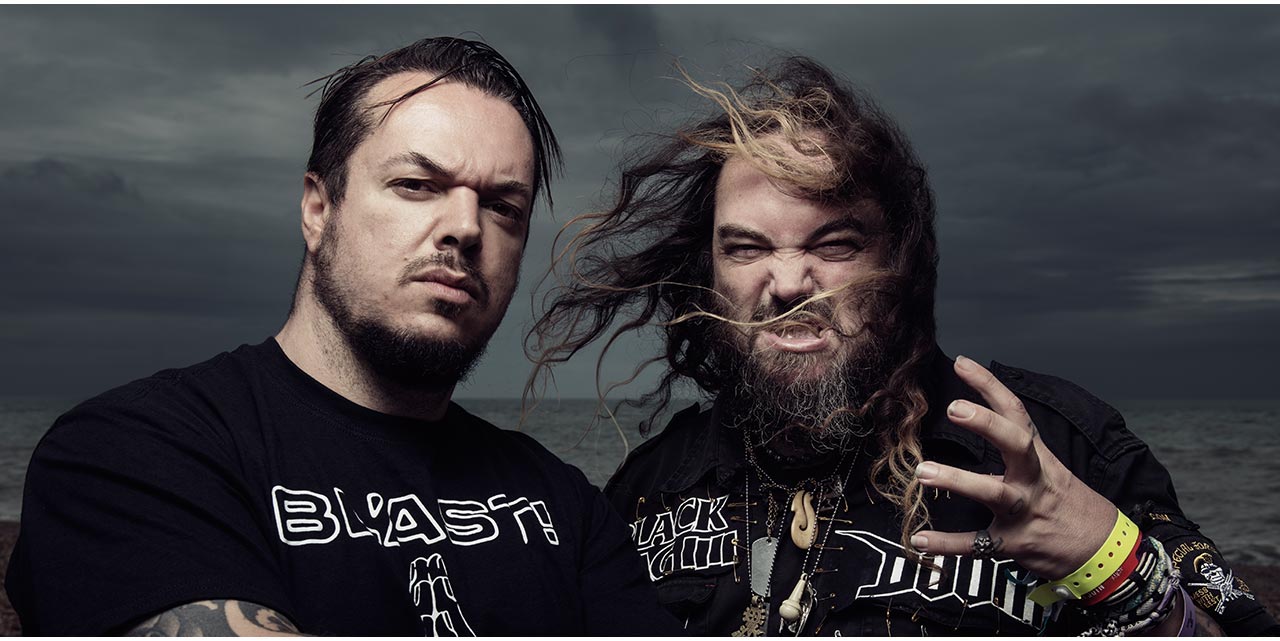 Metal icon Max Cavalera is perhaps one of the busiest musicians in the heavy metal scene. He currently operates as the frontman of Soulfly and Cavalera Conspiracy whose new album is set to be released later this year but also as part of one of the best metal super-groups; Killer be Killed. However, for many fans, Max will always be remembered as the singer and songwriter of Brazilian heavyweight band Sepultura.

Recently, Max and his brother Igor have surprised fans world-wide, by announcing the “Return to Roots Tour”, a celebration of Sepultura‘s biggest album “Roots”. The iconic album will be played in its entirety for the first time ever across the globe, with Australia included in the once in a lifetime tour.

To find out more, and thanks to our friend John Howarth of Nuclear Blast, we had the chance to catch up once again with Max. We were desperate to find out more about the status of the new Cavalera Conspiracy album, the future of Killer be Killed and of course a lot of “Roots Roots Bloody Roots!”.

MC. Nice talking to you too. Is it cold there in Australia now?

SR. It has been pretty damn cold to be honest, but it’s getting a bit better.

MC. As long as September in Australia is not cold, I’m cool (laughs). SR. It gets better. Spring is quite similar to some areas of South America here, so you will be ok. Anyway, how’s the tour going so far?

MC. This tour has been fantastic, Igor and I are enjoying it so much! The vibe is great within the band. Last month we played Download and it was mental; the crowd was really good. Just few days ago we played in Iceland for the very first time ever! It was such an experience, I’d have never imagine to being able to travel there and play live.

Iceland was something I’ll never forget, especially because there were so many metal heads there enjoying it. Such a cool place to visit; the people were friendly and very into our work.

SR. Are you guys gonna include the unlisted hidden track “Canyon Jam” on the set?

MC. Everything will be there. Actually ‘Canyon Jam’ will be played on the speakers when the show ends and people walk out, as it’s a cool instrumental song to treat fans after the gig.

SR. What songs from the ‘Roots’ album you have never played live before this tour?

MC. There are quite a few, as back in ‘96 when we released the album and toured to promote it, we used to play only 5 “Roots” tracks. Now, fans will be able to experience the whole thing, from beginning to end. I’m excited to play some songs we never played live before like ‘Breed Apart’, ‘Ambush’ and ‘Endangered Species’. We also have a new, faster version of ‘Roots’ that we play at the end of the first part of the show.

SR. What can the Aussie fans can expect from the Australian shows? MC. A loud, energy-packed show that is a celebration of the 20 years of Roots. We divided the show in two – playing the full album, but then we come back on stage with Igor and we play other stuff, including some covers like Motorhead’s ‘Ace of Spades’ to pay tribute to Lemmy.

We give our 100% every night, I love going to Australia, and let me assure you, the fans will be pleased!

SR. What’s the status of the new Cavalera Conspiracy album?

MC. I’m extremely excited about the new album. I believe is gonna be the best we have ever made.

“The album will be a hell of a beast!”

The album is coming up near the end of the year, we recorded in Phoenix, and I spent 2 months just working on the riffs, which was quite a lot. Igor’s drumming is at its best, he is hitting his kit like a machine. We also worked with this amazing producer, Arthur Rizk, who comes from a more underground music background – that gave us a solid mix of Trash metal.
We also have one song that features our good friend Justin from Godflesh. Justin’s input was great and makes the song a cool mix; it really does sound like a cross between Godflesh and Sepultura. The album will be a hell of a beast!

SR. That’s not the first time you guys get guests on your albums. Sepultura’s ‘Look away’ features Mike Patton and Johnathan Davis if I’m not mistaken.

MC. That’s right. Actually Mike (Patton) joined us on stage while in San Francisco during the tour. It was like being in a time travel machine that took us back to ’96.

SR. What’s going on with one of the best live bands I’ve ever seen: Killer be Killed. Are you guys working in new material or thinking of hitting the road again?

MC. We all wanna do another record, and I have some ideas for it, but all the guys have been super busy too. Troy has been on tour with Mastodon and Greg Pucciato and the Dillinger guys are parting ways, or maybe not, as apparently they will continue after announcing their farewell tour…not sure what’s going on there. To be honest, I’m not in a hurry to do Killer be Killed stuff, as we want to do things right and not rush an album for the sake of releasing it. If we do, we want to do something like our debut album, which was a treat for you Aussie guys as we did our first ever shows there during Soundwave, with so much positive feedback from our fans; the reception of the album in Australia really moved us.

SR. Any news on Soulfly as well?

MC. I’m hoping to start working closely on new music with my son Zyon soon, we have done some bits, already, but and have the new record out next year. I wanna go back to the old days traveling around the world and find new sounds from different cultures, indigenous sounds and stuff like that, as it’s very important for me to include and experiment with that in order to give back something to the multicultural influences we had.

SR. Just to start wrapping up. Last time we spoke about maybe doing an all-star Latin American metal super-group with Tom Araya from Slayer. Are you still fond on that idea?

SR. Just to finish. What can Aussie metal-heads can expect for the “Return to the Roots” shows?

MC. We are a group that give 100% every night. The vibe of each show is amazing. It’s gonna be loud and rest assured, we will play the entire album, plus some good old covers and fan favourites. Come to see us to celebrate the 20th anniversary of Roots! Check our previous interview with Max Cavalera below: