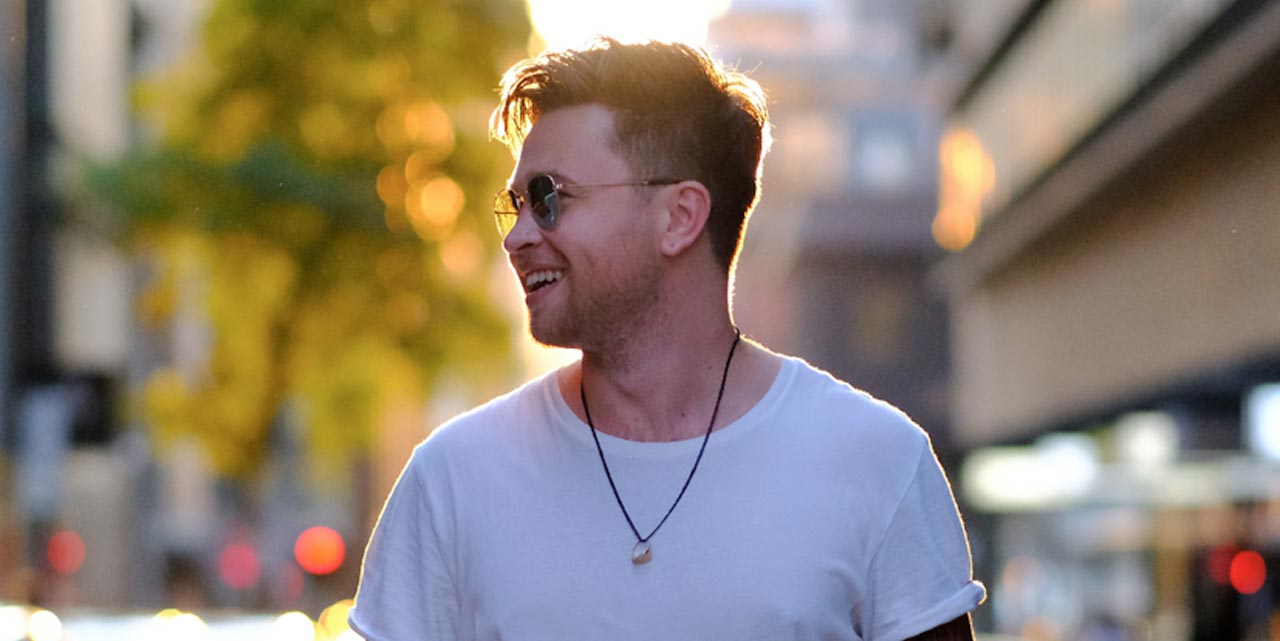 After living a lifetime of peaks and pitfalls, former X-Factor Australia winner and pop star Reece Mastin has decided to take his musical journey to a different direction, by leaving working independently, away from big commercial labels in order to have the freedom to write and sing about his true passion: Rock music.

Now, under the simple name of Mastin, the 23-year-old musician is ready to hit the road to promote his new EP Suitcase of Stories.

In order to find out more about this radical change in his life, we had the chance to get in touch with Mastin once again, in what is perhaps the most honest and relaxed interview we had with him to date. During our chat, Mastin opens up about the stigma of being a “teenage bad boy”, leaving his label and much more.

SR. How would you compare your present as a musician with previous years?

M. I’d say the biggest change would be my confidence and surety in what I’m creating. Coming into the industry on the platform I did, was as much about the stigma of the show and ‘celeb’ profile, as it was the music. On top of that, being so young and knowing nothing of the ins and outs of the business leaves you feeling unsure and cautious not to stand on anyone’s toes or feel you’re making the wrong decisions.

Now years on, being an independent artist, and being at a point where I know a lot more, and am happily running my own business, with the know-how on how this all works. That frees up my mind to create the music I’ve always wanted to, with less stress and even more passion.

SR. Do you think winning the X-Factor, and getting signed by a major label at such an early age forced you to go in a direction you were not really happy with?

M. Quite bluntly, Yes. As I said, you know nothing on how the industry’s cogs turn. And when the product is selling, the bigger labels take a lot of control and intentionally or unintentionally keep you at arms length from what’s going on. I’ve always wanted to play rock n roll, since I was a young kid. But in the eyes of those labels, what was selling for me was pop and there was no need for it to change.

“…I guess the only frustration is everybody not being able to see the whole picture, rather than just the clipping in magazines or on socials…”

Obviously wanting to make music that was the complete opposite was quite frustrating, but it took me a while to get over the fear of leaving the comfort of the label. But now being at this point now, happy and in control, I know I made the right decision.

SR. Did you feel uncomfortable with the stigma of been seen as a teenage bad boy?

M. I was just being a kid, yeah I fucked up sometimes and did some stupid things, but I would’ve done that whether or not I was in the public eye or not. I don’t feel like I’ve ever really been put out there in the press as the person I truly am, until as of late, but in saying that, I don’t think I had really figured out who I am and what I truly wanted to do, until these past few years.

My past has obviously shaped part of who I am now. So I wouldn’t say I regret or feel uncomfortable about it, I guess the only frustration is everybody not being able to see the whole picture, rather than just the clipping in magazines or on socials.

SR. We know you are a huge rock fan, and now that you have more creative freedom, we wonder what can we expect from your new EP Suitcase Stories?

M. It’s Rock n Roll, I got to work with an amazing producer and friend Ricki Rae, who shares my all-encompassing passion for Rock music. What you hear is what was played and sung, it’s as real as you can get, getting to play all the guitars on this record meant a lot to me and gave me the gift of an extra voice in this EP. We’ve used the takes that feel the best whether or not they are “perfect” and at the end of the day it’s Rock n Roll, it’s not supposed to be perfect, there’s beauty in imperfection.

The stories in these songs are going to definitely give listeners a deep insight into my mind and where I’ve been in my life. There’s all walks of my psyche in the EP, the good the bad and the ugly. I got to be angry, upset, buzz like a jet and give the finger in good humour. All real and all for me, markers in my last few chapters.

SR. We can see some influences on your new track ‘Not The Man For You’. What musicians are your major influences in this new stage of your career?

M. I’ve always loved the 70’s, artists like Free, Zeppelin, Hendrix, Aerosmith, The Beatles and Edgar Winter all had an element of playing like you don’t give a shit what people think. It’s an in-the-moment genre, you play for yourself so that others can be in your moment. For me Not the Man for You, does just that. Whether or not you’re in the car, answering interview questions or standing in the front row, it gives you that buzz that only Rock n’ Roll can.

SR. How hard is to rebrand yourself? What’s the biggest challenge for you today?

M. The rebrand for us was about giving people that may just dismiss my music, a fresh look and listening without having a preconceived notion on what they might hear. I’ve constantly had people come up to me after shows over the past few years, saying things like “we had no idea you were playing rock” or even “why didn’t you play any of the old songs”. Working with my team on the build-up to this record, our hope was the name change at its least, may make people ask the question why, and give the music another shot, and the chance to be what it really is.

SR. You are also hitting the road soon. Despite having experience before doing tours, we assume this tour will be quite special for you. What fans can expect from the new “Mastin” shows?

M. I’ve been chatting to the guys in the band a bunch about this, we really want make this tour not just a gig, we want to put on a show and something people will travel back to in their minds when they hear the record again after. I’ll be telling a few stories about the new songs and letting people know more about when how and why they were written, which for me as a punter at a gig are always my favourite moments.

We’ve changed up some songs from other records and given them a bit of a revamp but all in all this will be a show unlike any other I’ve done before, we will leave it all up there on the boards, and hopefully burnt into the minds of the crowds till next time we venture back.