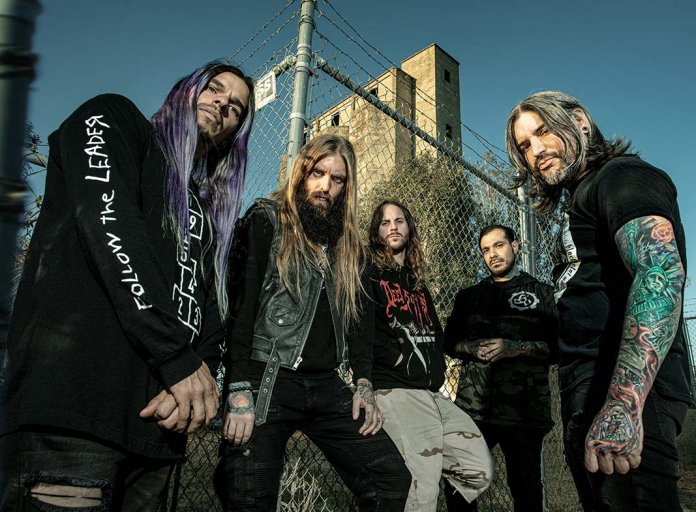 It’s always exciting to get to talk to a band member about the upcoming release of their newest album; getting to speak to someone within seven days is a small window that rarely presents itself! Ahead of Suicide Silence releasing their sixth album ‘Becoming The Hunter’ on Valentine’s Day, lead guitarist Mark Heylmun made himself available to discuss the newest album.

First topic of conversation was about the excitement levels within the band about the fast approaching release date, and Heylmun joyfully states “we’re super stoked because as always, the record’s been ready to release for a while; I mean we’ve had the record for close to a year! Whilst we finished recording it in June, we had finished writing it back in April, so to be finally able to get it out and have people hear it is very exciting! There’s so much involved in the excitement but considering our last record, all the fucking hate we got and all the shit that’s happened, we thought “Let’s just drop this fucking record and get people fucking stoked again!””

Suicide Silence have already treated fans to Meltdown, Love Me To Death, Feel Alive and Two Steps from ‘Become The Hunter’ and when asked about how they’ve been perceived so far, Heylmun was happy to declare “so far, it seems that everybody fucking loves it! It’s been good to read everybody’s take on it, to see how stoked they are; everybody seems stoked that we went back to traditional deathcore Suicide Silence sound and they seem super pumped! But I feel those three are just scratching the surface on how good this record is and how much of a journey it is, so it’s all positive.”

After quipping how the album was listened before the interview and was wanted to be listened to again straight away, Heylmun points out how “I think the album is pretty relentless and the thing about it, is the amount of time we had to write it. We ended up writing way more music than we needed for the record; we were actually able to choose what the most attention grabbing and awesome tracks to put on the record. So as far as a whole piece or a cohesive record, I feel like this out of any of our albums is the most thought out, composed and structured before we even went into the studio. It’s going to keep people entertained for sure!” 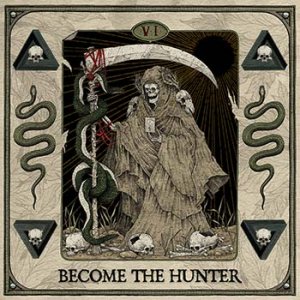 Opening track of the album Meltdown is a rarity nowadays, as it’s completely instrumental! When discussing how Meltdown came to be, Heylmun delivered an amazing insight into how the Suicide Silence machine works together, explaining “I think when we start writing records, we’re always thinking about the flow and the pace, almost like a movie. We’re thinking about how we’re gonna start it, how we’re gonna end it, how are we going to have a hook in the middle and change the pace. With this one, we’ve done an intro that is almost a lot like M.A.L on ‘You Can’t Stop Me’, which was like this sombre instrumental intro but different. With this one, we knew we had to do something attention grabbing that is super dark, super heavy and basically when someone turns this record on, they hear what this record is going to be about and how serious/groovy it is. I can’t remember whose idea it was exactly; it was kind of a group effort on knowing we had to come out swinging. Looking at it from a live perspective as well, we wrote something that we could come out to as a band, and bring out Eddie after we do this instrumental thing.”

Heylmun delivers yet another huge insight into the mindset of the band, pointing out how “we’re still for lack of a better term, we’re still a garage band; our space is a garage converted into a studio! We carpeted the walls and turned it into an actual rehearsal space. We are a band that gets together in a room and plays, it’s just what we do and we’ve been doing it since we were teenagers, So when it comes to writing a record and coming up with the way it’s going to flow an like you said creating hype, we do it as a group and really try to get that human feel. From the start on this record, you can kinda tell that some dudes who play music together put this together (laughs); which I feel is lacking in a lot of metal nowadays. Not everywhere, but in most places…”

Suicide Silence have been around since 2002, toured around the world multiple times and as already mentioned, are releasing their sixth studio album; that sort of passion and desire is something a lot of bands are missing in this day and age! When the topic of conversation turned to what keeps the flame alive, Heylmun explains “I think that it’s we started so young and the dudes that we are, whilst we didn’t grow up together, we grew up similarly and our lives all put us in this band together. All of us just knew from a very young age that this is what we wanted to do! We wanted to be in a band, we wanted to travel/play shows and we wanted to write/release music; it’s pretty much what we live for. There’s no other option for us in whatever the fuck we’d do! No matter how hard it is and whatever return we get out of writing music, whether it’s just getting to see the world and play awesome shows, or we can hopefully pay the bills, we’re grateful this has become something we can do. The way I look at it, everything in life influences us to fucking make music; if it wasn’t for this outlet, I think all of us would be pretty fucking unhappy!”

Heylmun also showed just united the band are, quipping how “we’ve had those conversations with each other and everyone has always said “we won’t quit this band; there’s no quitting!”, which means there’s no one giving up on the dream. We recognize what it is we have and we joke about breaking up all the time, because it’s just a joke. But at the same time, no one wants to have a fucking real job, or at the least work full time. If we have to supplement some income when we’re not touring, that’s cool; but Suicide Silence is life and it’s pretty insane what it’s become!”

Conversation found its way back to ‘Become The Hunter’ and how the band decided eleven songs was the number for the finished product. Heylmun was a little bit disappointed as he states “it’s kind of a fuckin lame answer; contractually we were only allowed to record thirteen songs.” Before continuing how that limitation actually benefitted the band in the long run:

“So we recorded thirteen, plus we actually snuck in the instrumental intro Meltdown (so we got that one for free), and we have two B-Sides that we didn’t put on the record. We as a band were fighting, literally fighting, about what songs were gonna be on the record. In the end, we ended up having these two B-Sides that aren’t out yet, and we’ll probably release those on some kind of special edition. But just like you said, when it’s done you just want to hear it again. Those eleven songs are a no-brainer, as to what songs were going on the record; they were the shit and just needed to be on the record. Having said that, so did those B-Sides! I know this kinda besides the point, but those B-Sides are fucking awesome and I can’t wait for people to hear those; they’re just a little too death metal and they’re even more fucking extreme than the records (laughs).”

Speaking to Heylmun on a personal level, it was time to discuss his favourite song on ‘Become The Hunter’; Heylmun was very quick in replying “I think I can speak for the whole band; I think everyone like ‘The Scythe’. The reason is, there’s always a song or two on the record that took no time, no effort, everyone fucking loves it and it seems like the song was written before we even walked into the room. It was just a piece of a riff that (Chris) Garza was playing, and it wasn’t even the riff it became. I said “if we played that, but do it like this, this riff just becomes the money riff (the riff that builds the whole song).” We started jamming that and within 45 minutes, the song was written and we changed very little of it. I think we made one part longer and shorten a part, or something like that but nothing really major. Plus Eddie (Hermida) was in the room that day, we’d already written most of the record and we didn’t even plan on writing a song that day! It just came out and the fact we were all present for it, Eddie started writing lyrics and having the vocal patterns for it, the music was written in under an hour and the vocals were written the next night we worked on vocals. It was just written so smooth, so quick, right at the end of the writing process and just ended up being everybody’s favourite song.”

“We call these songs “rush deliveries” and we’ve had them on other albums. Once you’re in the cycle and you’ve written like ten to thirteen songs, you’re just in the mode of writing music. If there’s a good riff or two or three, the process is already there and they just fly out; we wrote both Disengage and O.C.D in the same amount of time. Songs that we love and still play, BOOM! they just come out.”

Drawing the interview to a close, the final topic was about Suicide Silence’s possible return to Australian shores before too long; Heylmun promptly stated “there has been talks, but nothing confirmed; having said that I was just talking to our tour manager! So let’s see if it gets off the ground and hopefully we can make the trip in the next twelve to eighteen months.”

Get the album from music.apple.com