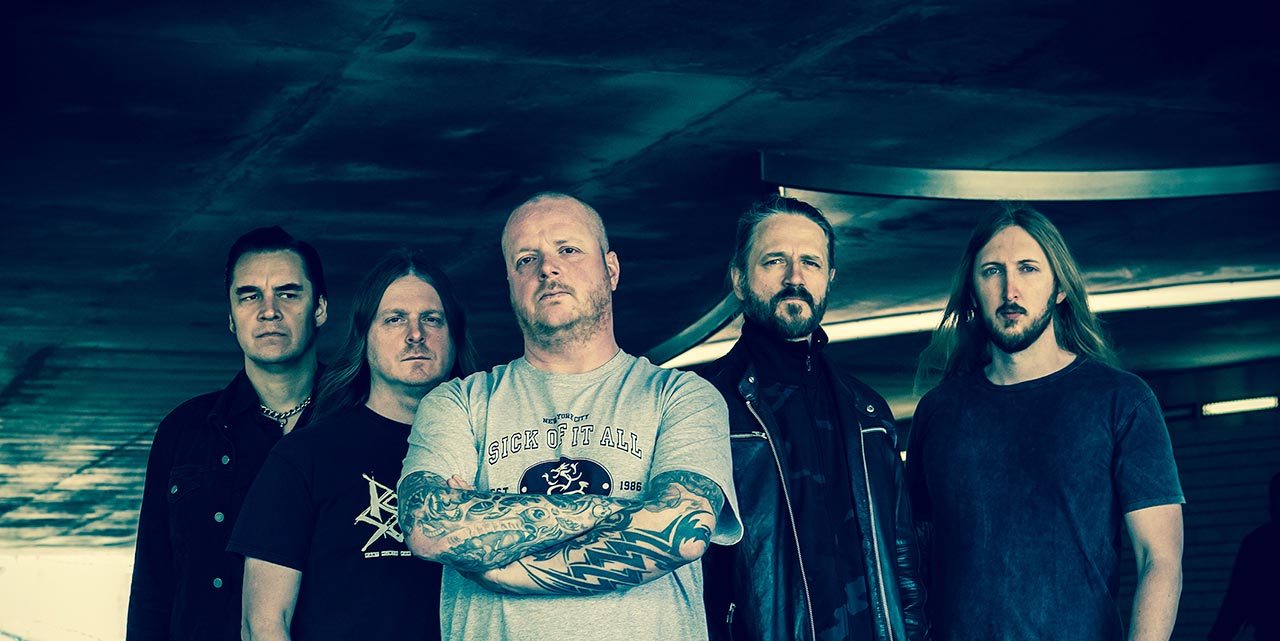 We had the chance to chat with singer Marco Aro of the super tough Swedish extreme metal band that call themselves The Haunted. We have a casual chat in regards to the bands upcoming tour at the end of this month (April) which is alongside other metal bands from Sweden such as the almighty groups AT THE GATES and WITCHERY who will also be visiting Australia from the other side of the world for their first ‘spell’ here.

SR. Great to have you here for a chat Marco, can you tell me one of your favorite memories from a recent time here in Australia?

Well one thing that I really can remember was when we got to go to Australia Zoo, that was really nice, we have zoos over here as well of course, but nothing like that; where we can cuddle with kangaroos and koala bears and stuff. The fauna is so different there to what we are used to over here, so it was very special to us.

SR. Well you’re going to be coming over here again at the end of this month, touring with WITCHERY among others, you must be pretty excited for that right?

Yeah, we’ve all known each other for over 25 years now, and all these 3 bands share members too, so that helps out with the logistics of it all quite a lot.

SR. You’ve had your latest album ‘Strength in Numbers’ out for a while now which was released towards the later section of 2017, are you still going to be pumping out songs from that album mostly for these upcoming shows?

Yeah, not mostly though, because when we decided to do this all again (which was back in 2013) we decided that every album we release and continue to release is going to be represented on the set list of our shows, just so everybody gets there’s, so what we’ve been doing is narrowing it down to at least 2 songs off each album. But of course, Strength in Numbers is the new album, so with that in mind there’s going to be 4 songs total from that album in the set list we decided. But we are trying to squeeze in everything we can in the short amount of time that we have there in your country. I can promise it’s going to be a good mix of old and new songs for fans new and old.

SR. Well what’s your favorite song to perform live out of all your songs or perhaps just off of ‘Strength in Numbers’, is there a real standout track, that no matter what anywhere in the world the crowd just goes nuts for?

Not from ‘Strength in Numbers’ in particular but there is one from ‘Exit Wounds’ it’s a song called ‘TREND KILLER’ people just go nuts for it every time. It’s my personal favorite and there is also a really old one from the first album we released called ‘IN VAIN’. It was the song that actually first turned me on to the band and made me start noticing that they existed.

SR. Who are your biggest influences vocally?

Uh, the one guy that really got me started was Chuck Billy from the band TESTAMENT. He was like absolutely mind-blowing when I heard him that first time, at the time then I was a drummer and I had no idea, no plans at all on even singing, because I was comfortable doing what I was doing and being in the back of it all, after a while we had a rehearsal space which was like an old bomb shelter, and we had parties there every weekend night, we would put bands together for those parties, all of a sudden I was trying it out and I was like ‘this is really, really fun’ then I started paying attention to other vocalists and everything and Chuck Billy just stood out to me I was like oh man, I want to be like him, and now these days he’s a friend of ours which is even cooler. We even collaborated on a track together on the ‘Exit Wounds’ album on the song ‘Trend Killer’.

SR. Are you a fan of any Australian music groups?

Karnivool of course! I fucking love that band, because they never stay in the same place and they always move around and seem to experiment a lot. They really rock my boat, I absolutely love them!

SR. What is a message you’d like to say to your fans looking forward to seeing you perform here in the land down under?

I would like to say brace yourselves and be sure to bring your chin guard, because it’s gonna be friendly, but violent fun. For example, we had this one time in the US way back in the day and there was this guy that was standing in the middle of the pit who put his mouth guard in and just started moshing around at a whole other level. He wasn’t being an asshole, and he was still being friendly to people. But he was built like a pit bull and intimidating, it was just crazy to see from the stage.

Don’t miss The Haunted touring this April! Alongside longtime friends in bands such as Witchery + At The Gates!