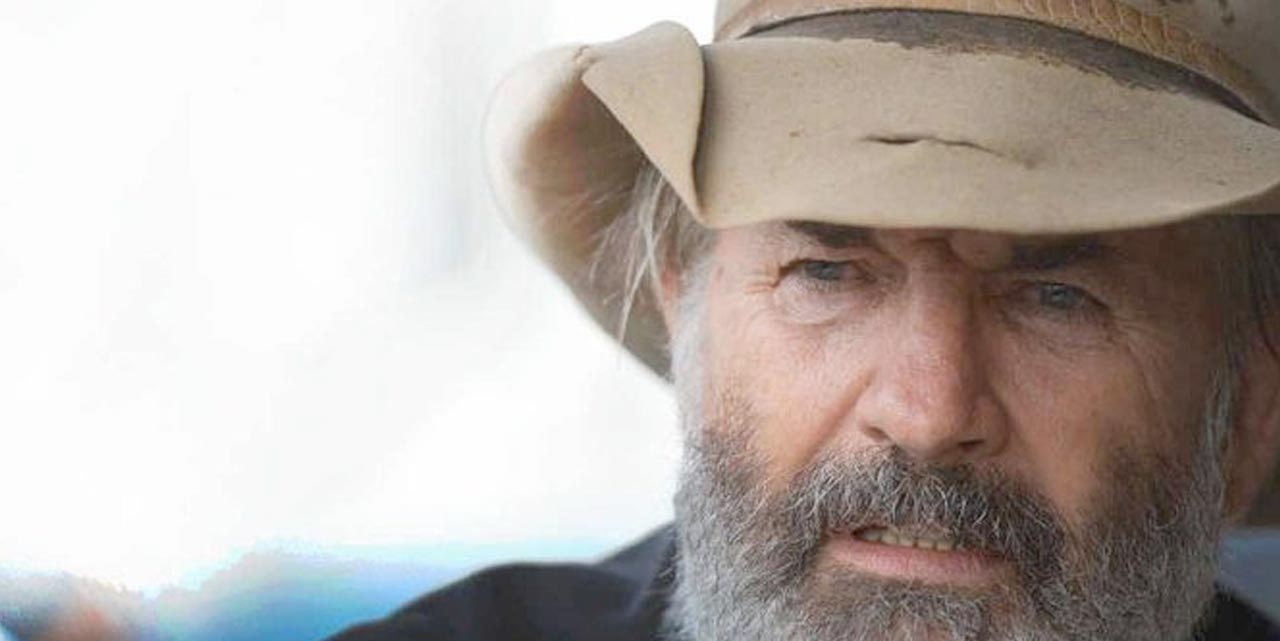 To find out more about Boar, we had the chance to get in touch once again with the always cool John Jarratt, who also gave us a hint at a potential return of Mick Taylor to the big screen.

SR. Hi John! Nice talking to you again! We saw you walking around Supanova not long ago. How was that experience?

JJ. G’day. It was fun, because you know those type of conventions are a great place to talk to people from all ages and backgrounds and try to sell them genre films. It’s also great to connect to your fans.

SR. Was so much fun to see you hunting giant killer Pig in Boar. How did you get involved in this project? JJ. I’ve been always interested to work with monsters. As you know I did a couple of things involving a giant croc before, and I really enjoyed it.

For me Boar, has a great story, and was set to be film in the bush, which is what is always important for me, as I get a lot of roles on my table, but the stories are not good, so this one was really something different to do.

Also having the huge animatronic pig around was a huge plus, because we were able to interact with it, which is the problem when you only have to work with cgi. So I think, the shooting was good fun a mix of real and cgi. The only odd thing was the Pig was not able to make any noise and it had 4 guys operating it that were pretty much blind the whole time.

SR. How was working with director Chris Sun?

JJ. He is a top bloke, and a very good director. He was at Supanova, we spoke about the film business here in Australia, and also we were both country boys, so we got along pretty well.

The script was good and has good character development, so I was on board very quick. Also the cast was super talented, he had a really good eye to pick his actors.

SR. Are you planning to go back behind the camera any time soon?

JJ. I’m actually going back very soon. I’ve written a feel-good film that is very enlightening about a Down Syndrome guy. I’m very happy with it, because is something different with a very strong message.

SR. I always enjoy talking about genre films with you. Last time we spoke about how odd was that great Aussie films like The Babadook, 100 Bloody Acres and mos recently Scare Campaign never get the attention they deserve. Do you think this is finally changing?

JJ. It’s a hard question, because normally genre films in Australia don’t have a proper plan or a major studio behind them like in the US, so it’s a big struggle to get them done. Many genre films here are made as an indie films out of passion.

The best thing I can tell you is we, Australians are hard-working people, and no challenge is big enough if there is passion, and a good story to tell. Also streaming services have been a huge help, as so many films you might have never heard of can be seen online.

SR. Speaking about Streaming. You have been always a hug anti-piracy advocate. Do you think streaming services are finally ending piracy?

JJ. Absolutely!, is the best thing about Stan or Netflix, because they are cheap and they have so much to offer, so they are making people to stop downloading illegally. They are the future, and I’m very thankful for the chance those platforms have given me. JJ. I really hope so. We are currently negotiating more seasons and it’s looking very likely to happen.

SR. That means Mick Taylor won’t return to the Big Screen for a Wolf Creek 3?

JJ. On the contrary, Wolf Creek 3 will happen! I want it to be a trilogy, but obviously I cannot do it while the series are on Stan, as I cannot compete with it…so yes there will be a third film, and there are already some ideas on the table about where Mick will go next.

SR. Just to finish. Your mate Quentin Tarantino has been quite busy, he even signed up to direct a Star Trek film. Have you been in touch with him? Who knows, maybe we’ll see you on the Enterprise at some stage.

JJ. (Laughs) Quentin is a great guy and is a huge fan of Australian films. I’d love to work with him again soon, but here in Australia, I’d love to convince him to shoot an Aussie film, maybe a western, depending on how many films he wants to do before retiring.