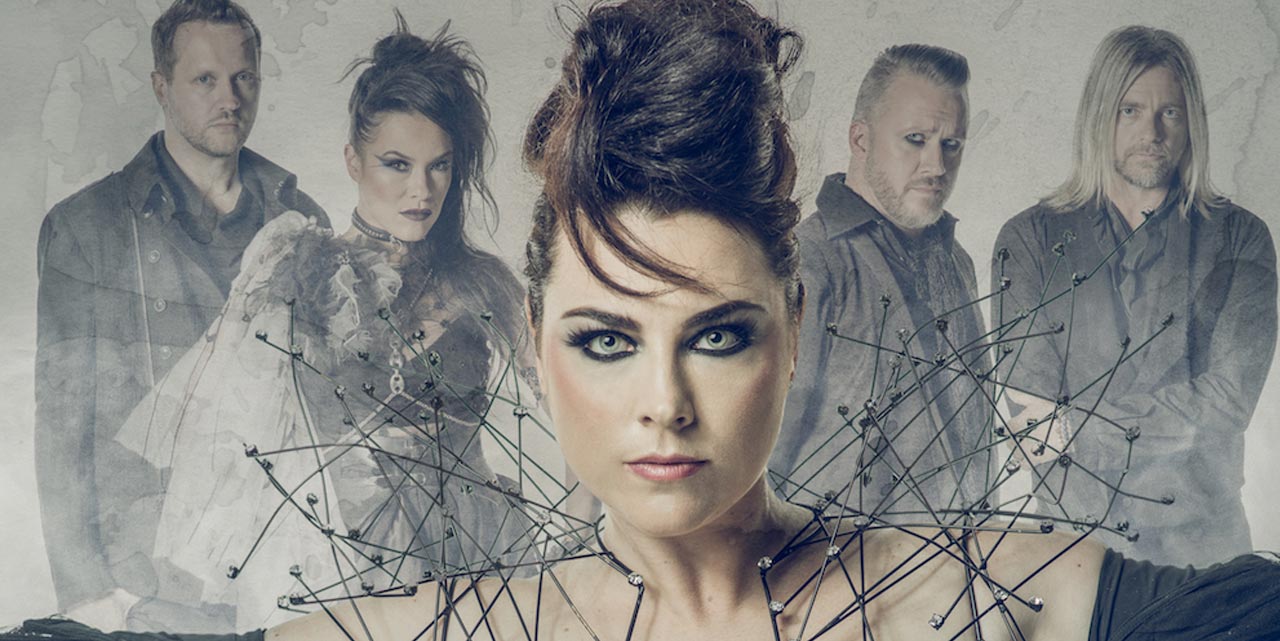 Evanescence is about to hit our shores to perform their epic Australian east coast shows as part of their, Synthesis Live With Orchestras, to celebrate the release of their fourth studio album, Synthesis.

To find out more about this unique tour, thanks to Sony Music Australia we had the chance to have a chat with the band’s amazing guitarist Jen Majura, who also shared with us his excitement for the tour, meeting Amy Lee for the first time, as well as the concept behind her solo album “Inzenity” and her brand new jewelry line.

SR. You guys are playing 2 shows at the Sydney Opera House. How incredible is that!

JM. It’s unreal! I’d be happy to just be there as a guest watching. It’s just a dream, I think it will be hard to top that. I’m so excited, I really cannot wait for those shows and play with the Sydney Symphony orchestra.

The shows will be as live as they can get! That’s the magic of playing with different orchestras.

SR. We assume playing with different orchestras requires extra rehearsals as every show is 100% different. JM. It’s very different. Fortunately our own conductor and Cello player go beforehand to meet with each orchestra to go into every detail of the show before we go to soundcheck. Technically, we play fully live on every evening show because it’s impossible to rehearse the whole set.

I don’t want to point fingers at some people, but I’m glad you asked me about this as some people said this tour will be the band and an orchestra playing in the background which is not true, because what we do is a full experience as we merge our electronic sounds with the orchestra, we play as a whole. Every string is unique, we program some drums and sounds…the show is new, fresh, unique.

SR. Let’s go back to 2015. How was the first time you meet Amy Lee and how did you join Evanescence?

JM. I owe it to my good friend Alex Skolnick of Testament who suggested my name.

I joined Evanescence in the Summer of 2015. I was in New York with Amy, as I wanted to spend time with her before officially decide to join the band, because I believe chemistry between band members is super important on and off stage, as I didn’t want to be part of those bands where nobody speaks to each other after the shows.

Amy was great and we got along really well, she is a good friend we have a lot in common and we even laugh at the same silly things at times. Its really important for me as you know shows are like 90 minutes, but you spend months with your fellow bandmates and they become your family.

Then I got to meet the rest of the boys in November and they were the best, we clicked instantly, we talk a lot and I could not be happier to be part of the Evanescence family.

SR. You just released your solo album “Inzenity”. What can you tell us about it? JM. Oh! Thanks for asking about it. I named in Inzenity, because it’s all about finding your inner Zen in different opposites, that’s why the album cover is black and white and there are some songs loud and others quiet.

The funny things is I expected more shocking reactions from people, because it’s a new experimental concept for me, but the fact that I haven’t seen any makes me feel happy because that means people is enjoying it. I’m very proud of the album and really appreciate that you asked me about it, and hopefully someday I’ll return to Australia to play some of those tracks if I have the time, because currently Evanescence is my present and future.

SR. You are a multitasking girl! If we are not mistaken you have just released a line of jewellery too!

JM. Oh my god! You guys are really quick, I literally just launched it a few hours ago.

You know I like to keep busy, my friends always tell me to breath a bit. When I was approached to work in a line of jewellery I did not think about it twice, I wanted to deliver a mix of my passion for music and rock fashion, hopefully people will like it.

“…I believe chemistry between band members is super important on and off stage, as I didn’t want to be part of those bands where nobody speaks to each other after the shows…”

SR. What’s the funniest thing that has happened to you while on tour with Evanescence?

JM. We were playing at a festival in USA, and it was time for “My Immortal”, as you know it’s a very emotional part of the show because Amy is on the piano singing by herself most of the time, until we join her. So it was the moment for all of us to join the song, and our drummer Will totally missed his call, we just saw him jumping late on the drums with and we just cracked laughing. He was hanging out side stage with the guys of Hell Yeah, so that justifies all (laughs).

SR. Just to finish. Any words for Aussie fans ahead of the Synthesis tour?

JM. I’m beyond excited to be in Australia and jump on the stage of the Sydney Opera House. I’m sure everyone will love the shows as much as we do. It’s a very unique experience and should not be missed!

Presented by TEG Live and Sony Music
Tickets from TICKETEK