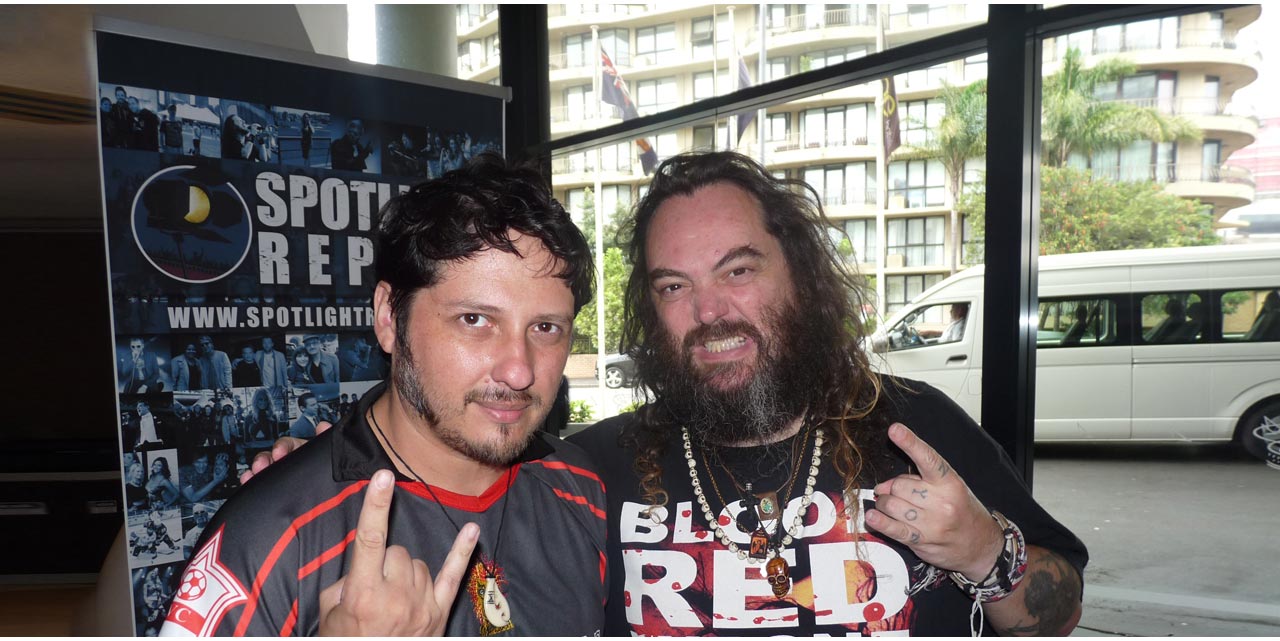 Max Cavalera have become one of the most recognizable and influential heavy metal musicians worldwide. The brazilian born singer, composer and guitarist made himself a name as the original frontman of Sepultura, and after leaving this band he has been working in many bands at the same time, including Soulfly where he plays alongside his son Zyon on the drums, and Cavalera Conspiracy with is his brother and former Sepultura member Igor.

Today, Max is enjoying the huge success of his latest musical project, heavy metal super-group Killer Be Killed, where he shares the spotlight with his friends Greg Puciato from The Dillinger Escape Plan and Troy Sanders from Mastodon.

Currently in Australia to perform his first shows ever with Killer Be Killed at Soundwave festival, Mr. Cavalera was kind enough to invited us to his hotel for an exclusive and more relaxed interview outside the festival, in order to find out more about the idea behind Killer Be Killed, the huge fan response to their Soundwave presentations in Melbourne and Brisbane, Soulfly, Cavalera Conspiracy and much more.

We must thank Max’s wife and manager Gloria and to our good friend John Howarth from Nuclear Blast, whose professionalism and management skills made this interview possible.