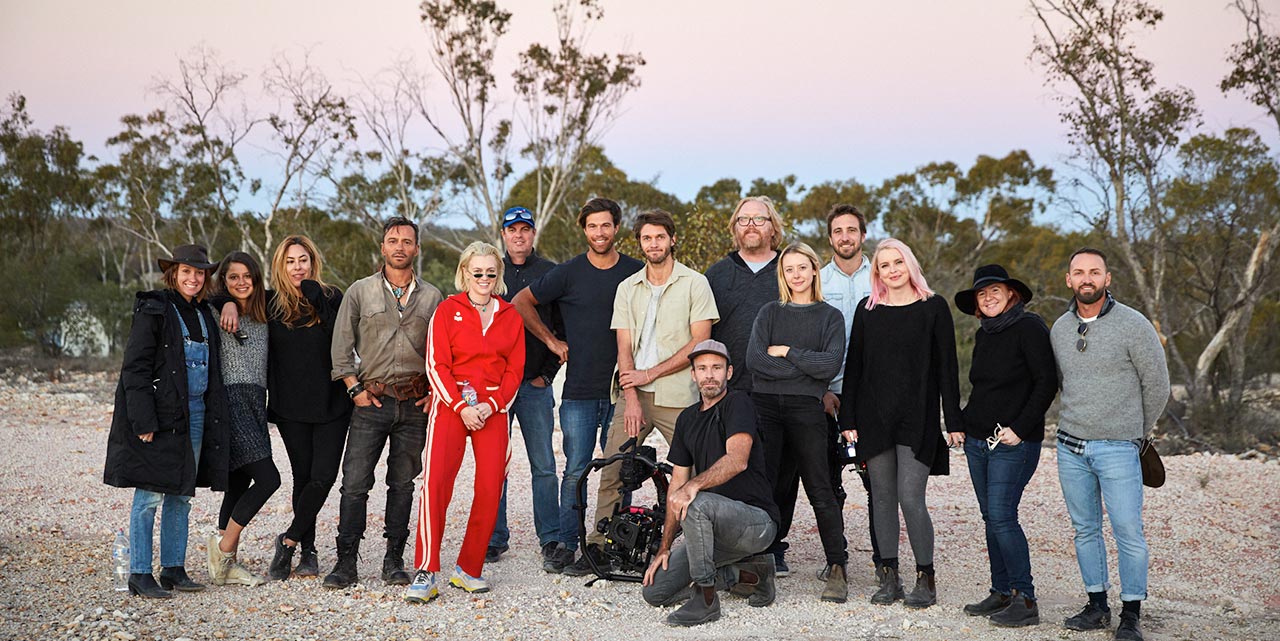 Her winning film Desert Dash that she also wrote was awarded a US$20k grant and an opportunity to screen at Toronto Film Festival.

Thanks to Jessica Carrera, we had the chance to get in touch with Mrs. Otto in order To find out more about this huge achievement.

SR. First of all, congratulations on the success of Desert Dash. What can you tell us about the original idea?

Earlier this year when I was living in LA, Soho House initiated a Script House short film competition, which I entered and amazingly won! I didn’t expect to win, because I wrote a story located in the Australian outback, which was pretty ambitious for the $US20k budget prizemoney! It’s about a young woman living off the grid, stuck in a remote mining town where opals are currency, and having no way of escaping . . . until she becomes the chosen player in an 8-bit video game called Desert Dash.

SR. You dedicated the film to Samantha Rebillet. Just wondering How important was Samantha in your professional career and what did you learn from her?

I met Sami in 2006 in Berlin when one of my student films was screened at Interfilm, a fantastic short film festival. She was always such a film buff and she introduced me to a world of cinema and we always seemed to be meeting up all over the world. Everyone loved Sami, and she was an inspiration to me – she was a director, actress, editor, and university film lecturer, as well as had a band, and was a mother of two kids and a wife! She really was capable of doing it all and being so supportive of everyone around her. She had an association with Lightning Ridge that we had spoken about before she died. When I met her I was also wearing red jeans and a red leather jacket, and I referenced this with my character Georgie’s costume.

SR. Darcey O’Brien made her film debut with you in this short. How was working with her? Darcey is my 13 year old niece, daughter of Miranda and Peter O’Brien. She’s an amazing girl and she was only playing a tiny role, but it wasn’t until she actually came on set that I realised she will definitely be an actress. It’s just in the genes I guess – for a first role, she had thought everything through and came up with options, and had incredible patience. I was very impressed and the crew were quite overwhelmed with what a talent we were witnessing. It was great fun to direct her, but honestly she didn’t need any direction!

SR. Do you think today is harder to market short films? What will be your advice to aspiring filmmakers on this matter?

We’re just finishing the film so I am about to find out about marketing. My previous five short films all had good lives on the international short film festival circuit, but it was quite hard work ten years ago. Really any film of any length is hard work. We’re fortunate to be premiering during the Toronto International Film Festival, so hopefully that will provide a launching pad to other international screenings. Social media obviously is a great way to share, and I’m lucky that my producer Jessica Carrera is highly skilled at marketing and promotion. In the past I’ve found it comes down to how determined you are, and how hard you work to get your film out there. Once you succeed in one festival, the others seem to follow the momentum.

SR. The film is going to screen at Toronto Film Festival which is obviously one of the biggest festivals in the world. How are you preparing yourself for that experience? I’ve attended Toronto a couple of times already and it’s huge so I know my short film is not going to create any big ripples. Soho House will be there to promote the film too. Festivals always provide great opportunities to meet other amazing filmmakers, so we will be there to take advantage of that. I am really looking forward to sharing it with an audience. The location is cinematically amazing, but there are a lot of iconically Australian references, so I’ll be interested in how an international audience react!!

SR. A lot of great Aussie actors are now moving to the states, many of them becoming huge movie stars. What is your take on this trend? Do you think Australia should invest more in the industry?

The film industry is so global now, and it’s fantastic to see so many Australian actors and directors working on international projects. But it’s extremely important that we continue to tell Australian stories for Australian audiences. Government film funding for specifically Australian films is critical, and I’d like to see more invested in making our own lower budget films rather than just providing funding and tax breaks to American blockbusters being shot here but of course it’s a delicate balance and obviously changes in leadership affect arts funding !

SR. Just to finish. What is your forecast for the Australian film industry?

We have so much talent in this country that I have faith in the continuing success of Australian films. Our actors and crews are the best in the world, but I am sure we will all continue to work at home and continue to make classic Aussie films, although we probably will still have to continue to lobby governments for increased subsidy for our industry.