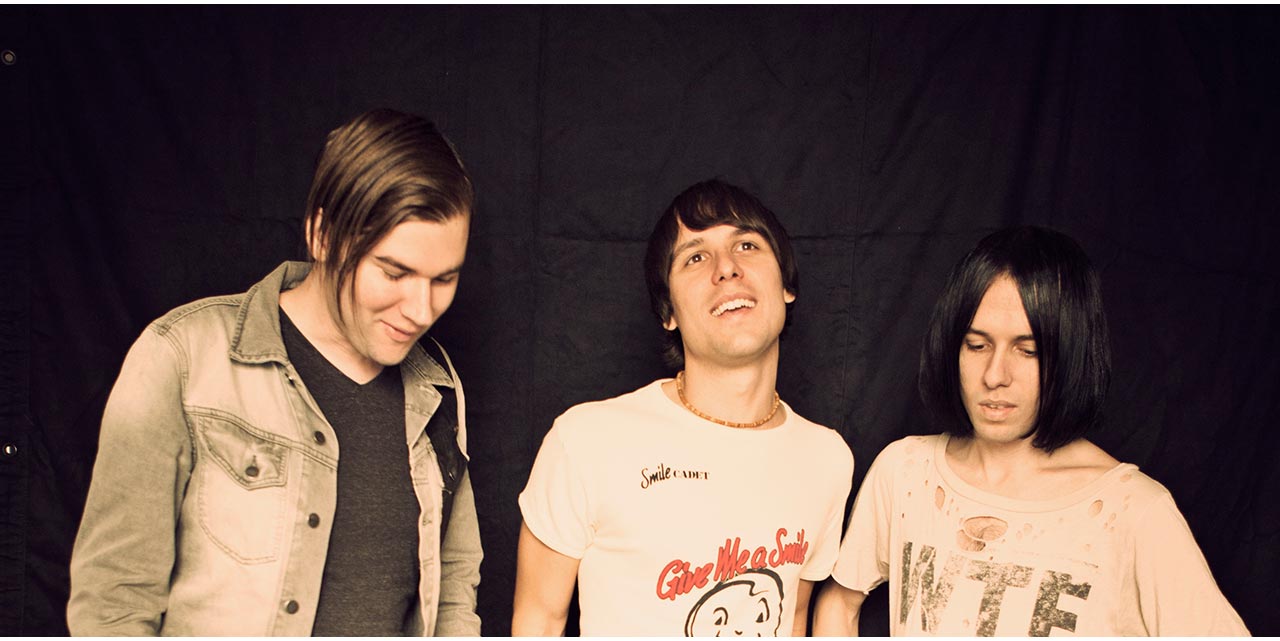 In their decade long existence Uk’s three-piece indie rock band The Cribs continue to evolve and thrill, with their unique songs. Now, after signing with a new label, the band is set to release its sixth studio album, For All My Sisters on March 20, 2015.


Thanks to Sony Music Australia we had the chance to chat with the band’s bassist and singer Gary Jarman, in order to find out more about their new album, songwriting and more.

SR. On the topic of the new album do you think that your songwriting processes have changed on this album as opposed to the other ones?

GJ. I wouldn’t say that it says radically changed. I didn’t really have that much of a process usually. I think its just more of a sometimes I will have ideas and want to work on them and other times it is just we get together and play and that is kind of where the excitement comes from. The main thing that is different is that we are at different stages now so we spend a lot of time apart, so we kind of write separately a little bit more. But we just do whatever feels good or whatever seems right. We try not to weigh over it too much unless it’s a song that requires that.

SR. A lot of people are labeling this album as the ‘popier’ album. Was it a conscious decision to move away from the punk and into a more pop sounding album or did that happen naturally? GJ. Well, it is something that we said. It was something that the band said that we would concentrate on the pop side of the band but I don’t really think it’s a radical departure. It’s popular in the same way that our third record was pop, where we concentrate on the more melodic stuff but your always going to have that as band being almost being softer. We almost make ourselves a type of prickly opposition in that we write pop songs and purposefully screw it up with a lot of noise and that has just always been the way that we are. We have always been like that, almost like we are too principal to allow ourselves to commit fully to writing a pop song. It wasn’t like a conscious decision, it was more like we decided that we wanted to focus on that side of the band a little bit more just because the songs that we were writing just seemed like the justify a more considered approach.

SR. You just played a set of intimate shows around the UK. In your opinion what do you think is the most special part about playing to smaller crowds compared to the bigger crowds?

GJ. With a big crowd and playing at a bigger venue that can be really amazing just because you have this type of control over it and you can make every facet of it really great. I love doing the big shows sometimes because it means that you can get a lot of people together in a room and in between bands you can play all the music that you really like and you can try turn people on to those sort of bands and bring together a bunch of other bands that you really like. It’s really like a full immersive experience, I think. I really get off on that when we are playing those bigger shows, it’s the coolest about it for me. Smaller shows are a bit different in that it’s a bit smaller and face to face. It’s quite an intense thing to do and it’s either going to be great or it’s going to be fucked up and there is definitely an element of excitement in that.

I think bands like The Cribs can function that way because we have never been perfectionists, we have never been the sort of people that depend on anything else. We can just show up and do gigs that way. I think for some people they like the fact that it’s really in your face and on the verge of collapsing because I mean those shows in the UK, they were very chaotic but at the same time it was a lot people in a small space and it was way more out of hand. Some people will hate that, and some won’t. That’s cool also, I’m happy to do that sometimes. I think we are not really dependant on all the trappings of having to play a big venue and all that sort of stuff. So we can kind of do either and we like to switch it up.

SR. You personally as a musician play a load of instruments, I wonder which is your favourite instrument to play and why?

GJ. I think my favourite instrument to play is the drums and if I wasn’t in The Cribs I would probably still play the drums and for any other band that I have ever filled in for, I have played drums with because I just enjoy doing it. For me it’s way more, you get to sit down and sit at the back and do your own thing. I think that as a front man I find it difficult sometimes, which is why I have always got my eyes closed on stage. A lot of the time I have my eyes closed, especially when I am singing because I try to block out what it is that I’m doing because I’m quite a shy person really.

SR. Back to the topic of the new album ‘An Ivory Hand’ is the new single. So what criteria do you use to select which will be the first song that you will debut to the public?

GJ. It’s kind of tough. We have two ways of trying figure it out, sometimes we will try put something out that will be the most immediate thing hook that you think your fans will like the most and other times we think we should put out something that we think will be the most surprising that will make people wonder what the new direction will be. With ‘An Ivory Hand’ we knew that it was pretty immediate so it was a good way to reintroduce ourselves to people and that was really what it is.

SR. ‘For All My Sisters’ is the title of the new album – I wonder if there is any special meaning behind that title?

GJ. Well it’s taken from a lyric and a line from the record and I always thought it was one of the best lines and so there is meaning behind it but as far as an album title, I think what we try to do in general is come up with a title that will not be too blunt and direct. When you come up with an album title it is quite tough because it has to represent the record and sometimes you have to sum it up in one word without being too blunt and definitive so I liked it to be kind of cryptic really. Pretty much every interview that I have done has asked me about the album title and I am quite happy about that because it means that people are intrigued by it and a lot of people can project whatever they want on to it. I think that is an important thing to allow people to feel like they know what it means rather than us being too definitive.

SR. Do you have any funny or crazy stories about being on tour?

SR. Just to wrap up the interview, when will we be seeing you down here in Australia?

GJ. I don’t know, hopefully, really soon. We came to Australia twice in 2013 so it is really time for us to come back. I really hope we can come back soon because the tour that we did last time was really amazing. We had such an amazing time. My wife is actually out there right now and she is touring down there now and I’m quite jealous because I’m just at home.