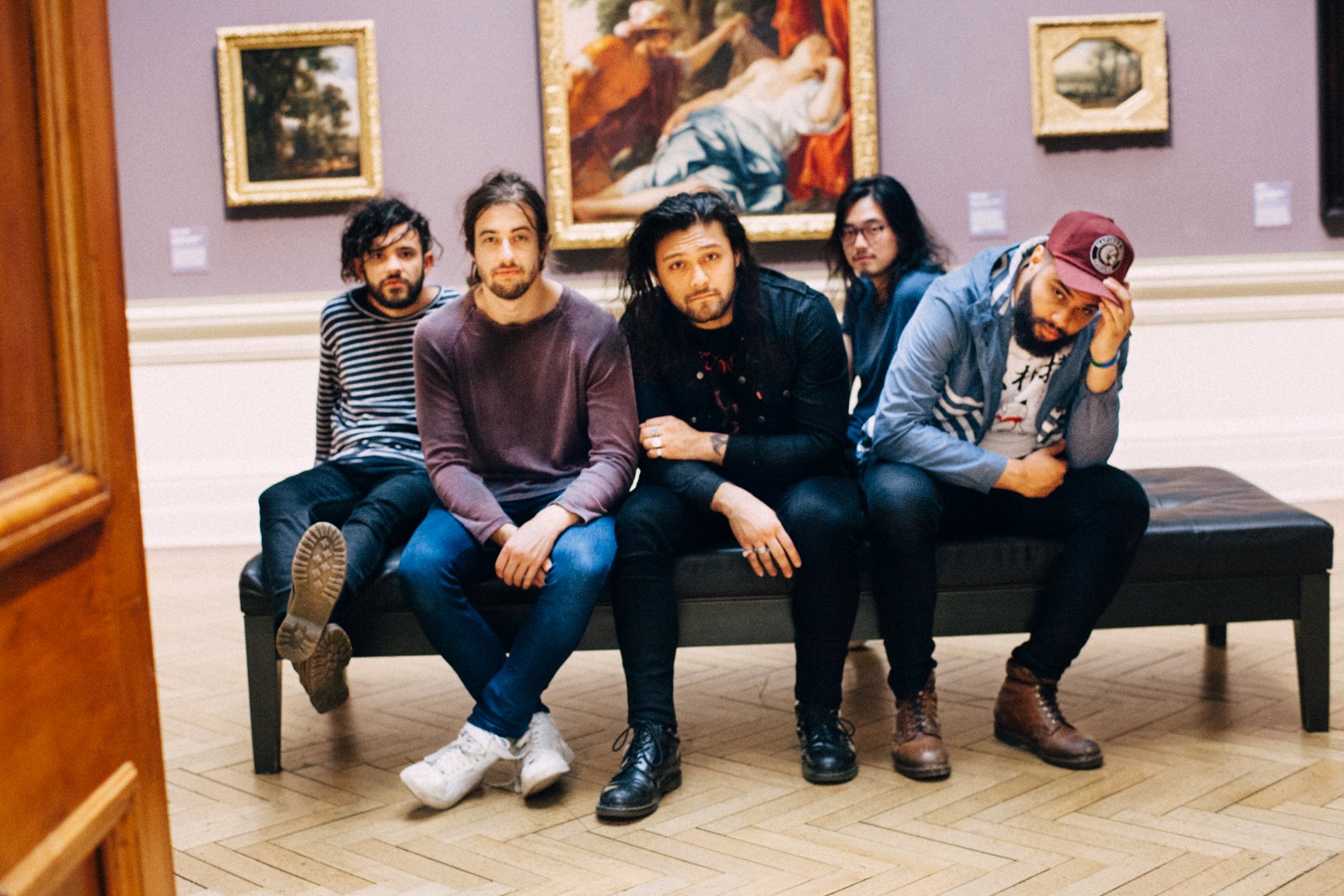 If you were to look up the definition of ‘real talk’, you’d probably see Gang of Youths‘ frontman David Le’aupepe pictured underneath. With his wisdom, humour and just pure honesty, there’s a lot to learn from Le’aupepe; the man behind the troubling and moving songs you’ve probably stumbled upon – most notably from their 2015 debut record, The Positions. With such beautifully written songs, resonating such melancholic verses and compelling melodies, Gang of Youths have created extraordinary art – art that fucking matters. After wrapping up their stint at Splendour in the Grass, Le’aupepe shares with us the gritty details of everything – from his band’s journey to their new EP Let Me Be Clear to the struggles of mental illness and human vulnerability.

It’s been really rewarding to follow the band’s journey and to see your fanbase grow after The Positions‘ release last year. How do you feel about the journey so far?

It was cool ’til six months ago and then it just became really scary. I don’t know what to feel about it. I don’t know what to feel right now, like, am I supposed to feel excited? Is there a way you’re supposed to feel? I don’t know. I like my job, a lot, but that’s kind of what it is right now. The trajectory is sort of like separate to anything I’m super aware of because I try to just ignore all the stuff I don’t like about it and focus on, you know, prancing around on stage – gyrating and thrusting.

I was just checking out all the photos from Splendour in the Grass and it’s incredible to see so many people attend your set. What I really admire about Gang of Youths is that your music has this ability to bring together your fanbase and create this sort of ‘family’ atmosphere. How do you feel knowing that your music has created a passionate fanbase who have such a strong belief in your songs?

That’s the dream, isn’t it? That’s the fucking dream, dude. I think we’re starting to realise now that we’re definitely more of a fan band than we are a press band. We’re starting to realise that we’ll probably be overlooked in our home country by the press and feel we’ll [need] to do something overseas. The feeling of having seventeen thousand people sing back the words of “Knuckles White Dry” or “Magnolia” – I think for a long time I forgot that’s why I started really trying to aggressively attack the music thing. It’s because I wanted to have that feeling. I got caught up in all this other fucking bullshit and I totally forgot what that felt like. So I think it’s like a pretty rude awakening – like a caustic reminder of why I even fucking do this shit. It’s like heroin, man. It’s fucking…it’s amazing. I think I gotta remember that every time I know I have post-tour blues. Making sure I’m fucking sitting in bed, reading a book and trying not to drink a bottle of whiskey to myself right now – that’s something to remember.

“Vulnerability is just there because one day I’m going to fucking die and when I die, I don’t want to die knowing that I could have been more open, more honest, more vulnerable and more human.”

I know you were in a dark place when you were writing The Positions and to have this follow up EP really brings out a closure; a nice chapter to what you were going through in your early 20s, especially dealing with someone that you cared about going through cancer. What was it like creating this EP? Was it an outlet for you?

Everything’s an outlet. Sitting down reading a book for me is an outlet. I don’t do anything unless it feels cathartic, unless I feel freed up to do it. I don’t do anything unless I kinda really fuckin’ want to do it now [laughs]. You mentioned something that I was in a dark place, I think I was in a dark place. I’m like the hulk, I’m always angry. I think that some of us, at least artistically, still need the darkness even after we see the light. Yeah, I’d like to think that this is a cathartic experience because it was songs that were written about the same time as The Positions but we just couldn’t put it on there because of time constraints or the sonics or the narrative didn’t really fit in.

I think for the most part, there were apprehensions and miseries and fears like The Positions but I think because I was in a better place physically and mentally. I wasn’t addicted to drugs, I wasn’t drinking a bottle of Jack Daniels every day and I wasn’t smoking a pack of cigarettes. The band were, relationally, really good. I think it’s actually okay, it felt healing. I was able to close the fucking chapter of my life with that fucking girl. Stepped forward in some weird pooled direction. I got told by a friend of mine named Erwan, he’s a guy from Los Angeles and he told me that the three basic things that every human fucking needs is some meaning, desire for love and desire for progress and I think this was a progress thing. I satisfied one of those three criteria and I felt like progress.

It’s just full on honest man. That’s what I love about Gang of Youths, you open up your wounds despite the fact that it still reminds you of all the hurt and the pain that you went through. Does that sort of scare you sometimes to be that vulnerable?

It terrifies me but we’re all in pain. I would only listen to that fear if I thought that I was the only one riding around in absolute agony sometimes but we’re all terrified and fucking scared. But we all have moments of unexplainable, inexplicable joy and short bouts of drunken fury. We have these moments of total clarity, laughing hysterically with people we love. Like, these are just human things. Vulnerability is just there because one day I’m going to fucking die and when I die, I don’t want to die knowing that I could have been more open, more honest, more vulnerable and more human. I think if there was anything I’ve wanted to do in my life is to be the most human person I could ever be. How do I look at myself in the mirror every morning and go out and do this fucking job? I can’t manifest some fucking bullshit romance and write some of that. I can’t. I can’t produce like cool, electronic music. What can I do? I can pick up a guitar or play the piano; an actual fucking real life instrument, you know? Pull some shit out and working out with the adrenaline.

I know that you wrote “Magnolia” when you were in a really dark place. I lost someone very close to me from suicide actually – my cousin, we were really close. I know at Splendour, you played songs on behalf of Szymon who passed away from suicide as well. I feel like musicians struggle on an ongoing basis with all these mental issues and not really telling people that they need help because fans have that sort of expectation from you to have it all together. Do you feel like that’s the sort of pressure musicians face on a daily basis?

Yeah, I was close to suicide – musicians, absolutely but they don’t need to. There’s no need to because I’m not someone to look up to. I am someone to look at face-to-face because I am the fanbase. I’m not some fucking supernatural, god-like figure descended from heaven. I used to be the kid standing at the moshpit. The only difference is, for some fucked up weird reason, I found a voice and I’m one of the very few who actually have a platform to use it. Nothing’s changed. For musicians, it’s really hard because they start to separate the performer artist thing. They think that there’s a democratic, communal exchange going on within that performance. Me prancing around like a god doesn’t make me a god. Do you know what I mean? There’s a fucking real difference. You don’t cease being a fucking person when you’re on stage, you just physically climb up a rung – that’s kinda it. I think it’s pretty important that the audience tries to rectify that there is really no difference between a human on stage or a human off stage, apart from the fact that they’ve decided to strap on a guitar. Maybe it’s naive in that sense that you just don’t want to talk about that shit because they’re terrified and scared that I’m going to be judged? Me? I don’t fucking care.

Some asshole judging me isn’t going to stop me from living freely. Everything I do is a reflection of the unbridled fear inside my heart. Like my purpose in life is to be real and authentic it’s not to be fucking subject to the ring of someone’s opinions of my fucking mental health. Like, we’re all lost. We’re all scared. We’re all scrambling around for meaning and we’re all going to die. I don’t know, man. Your cousin, I mean his life meant something, even though he didn’t think it did, but it meant something to you. The grief that you felt, the grief that our drummer feels because of Szymon [Donnie Borzestowski was his brother], that’s all real shit. Another thing is that musicians don’t really value their lives as lives. They start to perceive their world as like a commodified series of events used by a record label to make money. Any kind of decision regarding their mental health – they think if someone is trying to tell them to get better or to go find help, they assume that person is only doing it to profit from them. So musicians and artists and filmmakers and dancers and writers and people who are in the creative arts, graphic fucking designers, I don’t know, like all these people, they experience this horrible inability to go and ask for help because they think that people are already asking them so they can be taken advantage of again. There’s so many issues. I just chose not to fucking subscribe to any of that bullshit.

Read Szymon’s story on Upworthy: “3 years after his death, this songwriter is getting rave reviews worldwide”

I feel like you’ve come out stronger even after everything, man.

I don’t know if I’m stronger but I’m smarter. I’m still weak as fuck like everybody else.

Life just throws you in the deep end sometimes so you have to find ways to not drown.

We’re all born in the deep end. That’s the thing, we have a misconception that we’re all thrown in the deep end. You know we either have people who teach us how to swim or we have to fucking learn how to swim ourselves. The human condition is brought with suffering and all this painful fucking bullshit but sometimes swimming is really fucking fun. That’s the converse thing. Like who the fuck doesn’t like swimming on a warm day.

Let Me Be Clear is available now

If you find yourself struggling with your problems and you need someone to talk to, please call the number below. Remember, it is okay to not to be okay. 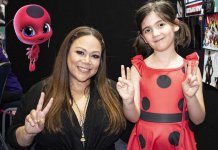 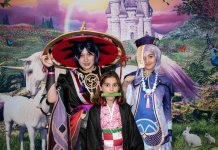 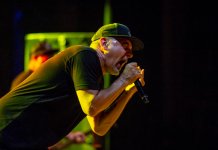 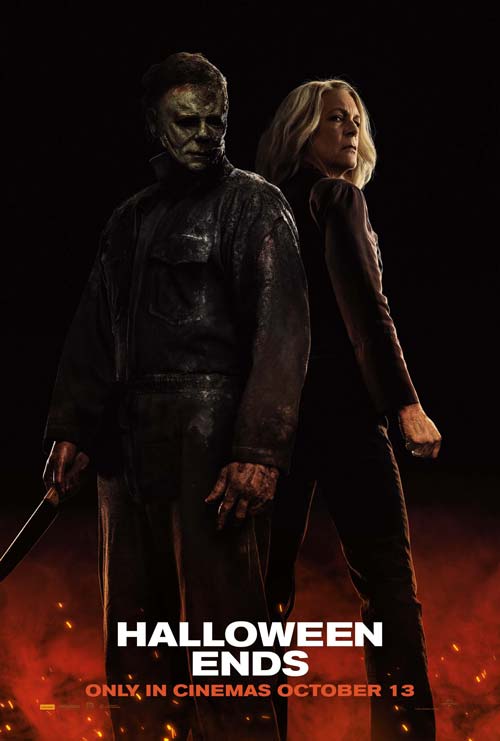 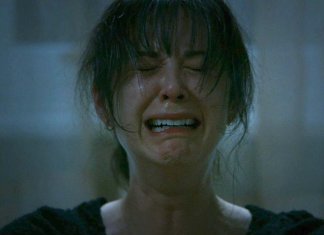 0
Surrogate follows Natalie, a nurse and single mother who, after attempting CPR on a dying woman outside a petrol station, starts having odd physical... 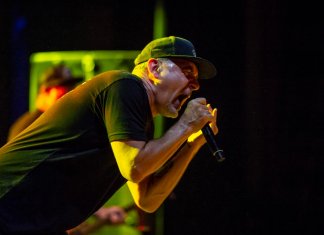 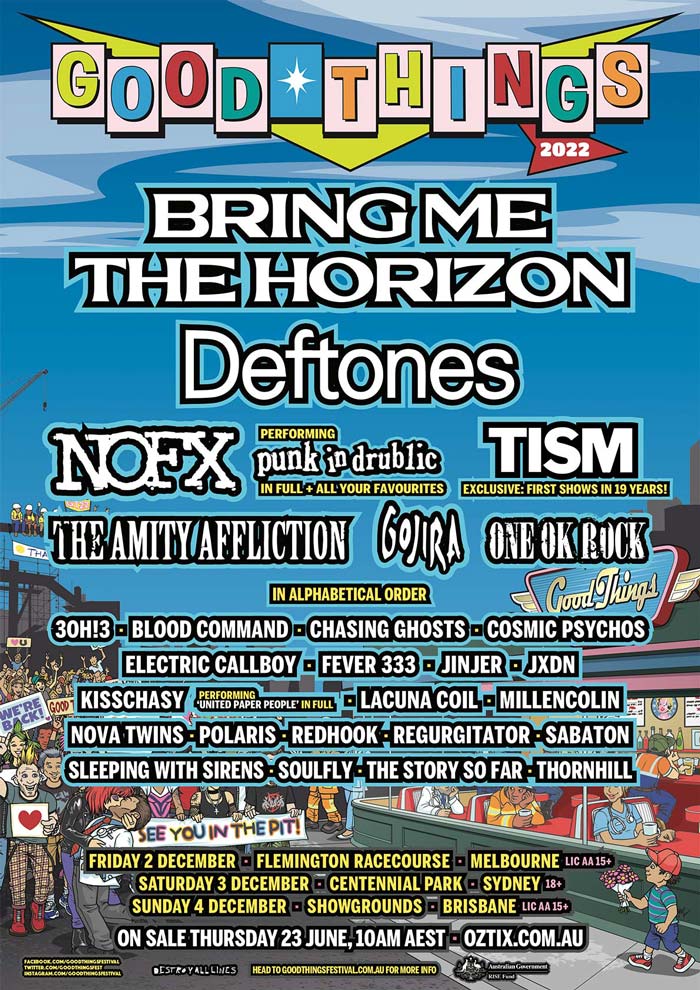