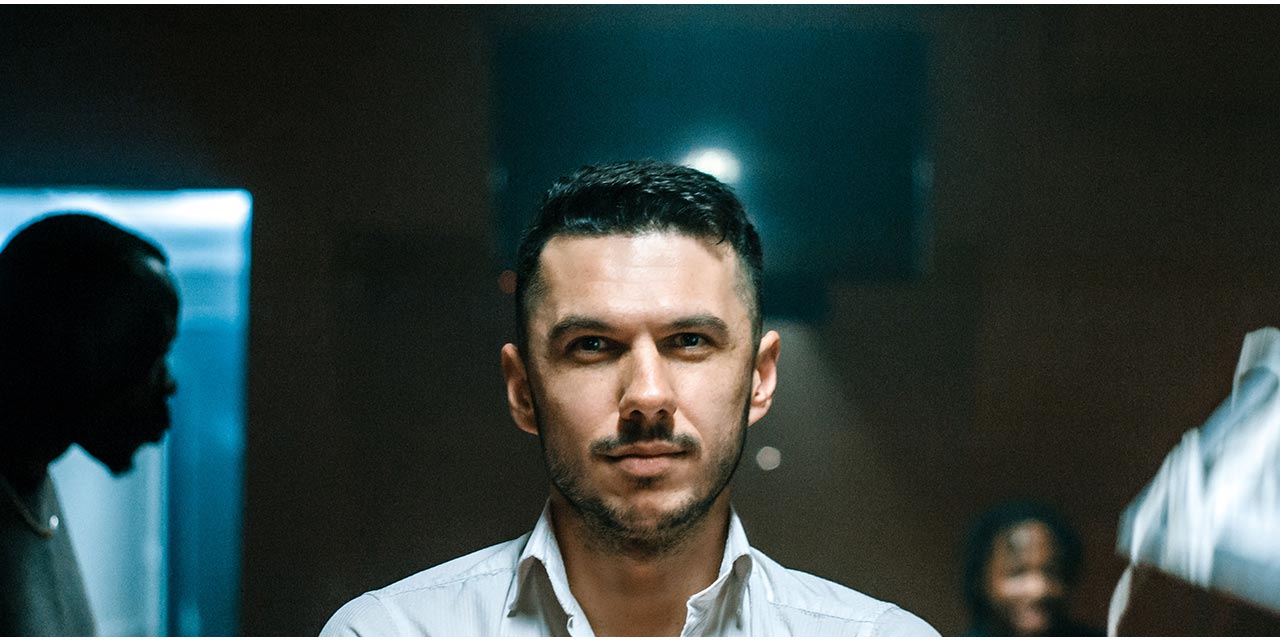 Lexus Australia Short Film Fellowship winning film ‘My Boy Oleg’ is already in production, with the film featuring over 50% Gender Parity across crew, which was a priority for the filmmakers.

‘My Boy Oleg’ follows Ukrainian actress ‘Irina’ who arrives in Melbourne with son Oleg for a theatre festival performance.  The real reason for her journey however is revealed through her off stage antics.

Thanks to Jessica Carrera of Dollhouse Pictures we had the chance to get in touch with filmmaker Goran Stolevski, in order to find out more about the film, working with Alister Grierson and more.

When the idea of My Boy Oleg began, and how was all the creative process behind it?

I worked with the actress Olena Fedorova on a previous short, called Everything We Wanted. It was one of the most creatively satisfying experiences I’ve had. Olena’s a fearless performer, with a kind of live-wire connection to the story-world around her. I love how she builds on my ideas and very often surprises me whenever we roll for a take. When I was shortlisted for the Lexus Fellowship, my first instinct was to write a script for her so we could work together again. The script for My Boy Oleg came together pretty quickly after that.

How was the casting process and working with newcomers? The producer Jess Carrera and I worked very closely with the wonderful Marianne Jade from Maura Fay casting. I was stunned that performers of the calibre of Diana Glenn and Alex Dimitriades would even consider my project, and really quite moved by their commitment to these roles. In terms of our newcomers – the ones aged under three were a joy to work with, though I wouldn’t say I directed them so much as they directed the rest of us. As for our adult ‘newcomers’ – they actually came to our set with years of theatre under their belt as well as some on-screen experience, not to mention incredible character insight and a wonderful creative attitude. I can’t wait to work with them again.

How important has been the support of Dollhouse Pictures?

To describe it purely as ‘support’ seems insufficient actually. Jess Carrera from Dollhouse Picture is very much my co-creator both on this film as well as many films to come.

Short films are always a complex market. What would you say is the key to succeed in that area?

If only there were the one ‘key’, haha. As with any art-form, it’s impossible to come up with a single rule book – and in fact a lot of the time, it’s the pieces that break all the rules that stand out and are really exciting. But overall, if there’s one key lesson I’ve learned for my own work, it’s about narrative clarity – making sure the key turning points in the story are very clear and build on each other in a vivid way.

You deserve so much praise for incorporating Gender Parity in your film. Do you think the film industry still has a long way to go to deal with this issue?

Most industries do, but yes, the film industry is certainly no exception. And it’s tricky, because how do you even talk about it without alienating the people who have the power to bring about positive change but haven’t even tried for decades upon decades?

“…Question every rule, think outside the box and tell the kinds of stories that usually go untold…”

I guess one of the important things – beyond finding ways to create more opportunities – is to also inspire superhuman tenacity in the next generation of female screen practitioners. Along these lines it’s great at least that – despite the hideous statistics of gender representation behind the camera – a lot of the world’s most exciting contemporary screen work is still coming from female directors and writers and cinematographers. I’m thinking specifically of Maren Ade, Lucrecia Martel, Lynne Ramsay, Julia Ducournau, Dee Rees, Andrea Arnold, Reed Morano, Alice Foulcher, Ari Wegner. But really that list could go on and on and on.

The film is set to shoot in only four days. What’s the most challenging thing about working with such a tight deadline?

No one gets a chance to ‘warm up’. You can’t spend the first couple of days focusing on ‘B-scenes’ and finding a rhythm and getting used to working with each other. It makes scheduling a hundred times more complicated, especially in terms of giving the actors latitude for their emotional through line. But look, every film shoot is always a seemingly insurmountable challenge. There’s never enough days in the week or hours in the day. And still we make it work somehow.

How was your experience observing Alister Grierson’s work? What did you learn from Alister?

I feel extremely lucky to have had that opportunity. Beyond the fact that I had the chance to learn from someone infinitely more experienced than me, Alister approaches storytelling in a way that’s almost diametrically opposed to the way I do it. That was incredibly helpful in terms of identifying what I would consider my weaker points as a director and also finding ways to improve that, especially in terms of pacing and narrative clarity.

“…I was stunned that performers of the calibre of Diana Glenn and Alex Dimitriades would even consider my project, and really quite moved by their commitment to these roles.”

You have been in a fair bit of international film festivals, and we assume you have seen some big stars. What’s the biggest name you have had the chance to meet and chat with?

I wouldn’t call it a ‘chat’ but as part of the Berlinale Talent Campus, I had an incredible experience sitting in a room as part of a group of six or so people with the astounding, ingenious, wise and inspiring Laura Poitras. I can’t remember the last time I was so in awe of another human being.

What advice would you give to young Australian filmmakers and aspiring artists?

Question every rule, think outside the box and tell the kinds of stories that usually go untold about the kinds of people we usually don’t see on screen.