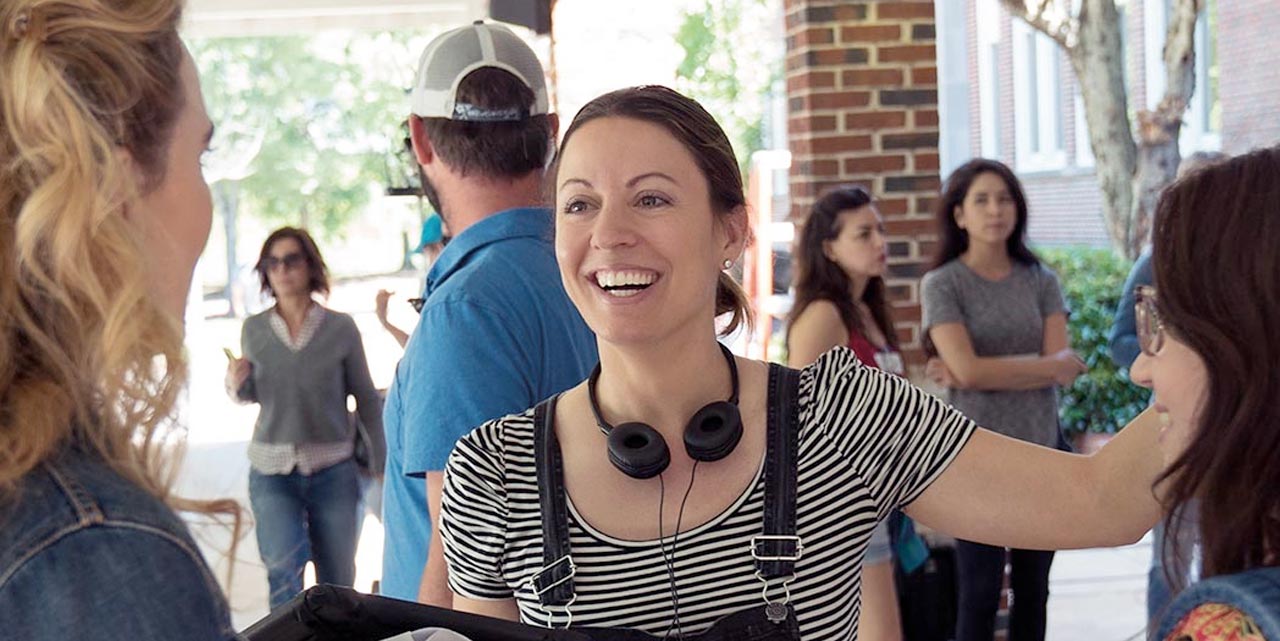 Famous for her involvement on the Pitch Perfect franchise, American screenwriter and producer Kay Cannon made her directional debut with the hilarious comedy hit Blockers.

Thanks to Universal Sony, we had the chance to get in touch with the lovely Kay, in order to find out more about her transition from producer to director, and working with an all star cast under her command, and of course about “that John Cena scene” that everyone has been talking about.

SR. Congratulations in a highly successful comedy. How hard was to put these all-star cast together?

I started by casting the parents first, as they were the spine of the film. I sent the script to Ike Barinholtz (Hunter) and he agreed, Leslie (Mann) was perfect because she at the time was experiencing the same situation in real life as her daughter was leaving for college.

John Cena was so funny in Trainwreck and I thought he was perfect, especially because I saw him on a sport show and he was hilarious, so I asked the producer to get him an audition, and he totally nail it.

Then we got the girls and we found a perfect trio in Kathryn Newton, Geraldine Viswanathan, Gideon Adlon as they felt like best friends on and off camera.

SR. How challenging was moving from producer to the director’s chair?

It felt like a smooth transition to be honest, as I’ve a show on Netflix called Girlboss, and also worked on the Pitch Perfect films.

Curiously enough, directing was a bit easier than show-running. I think the timing was right.

SR. Was Pitch Perfect 3 the final one of the franchise or we’ll see more?

I’m personally done with the franchise. But I’d love to see another, those girls are superb. So if they make another I’ll be the first one sitting at the cinema to watch it.

SR. How do you manage to transform a tough guy like John Cena into a comedy star? How did he react when he found out about the “butt sugar” scene?

John read the scene before even starting filming, so he knew all about it, and he was totally in. He was super professional and also hilarious.

He literally was like “Game on!”, he was never awkward about it and thankfully for him we didn’t have to do many takes of that scene either…he nail it, quite literally (laughs).

He was funny from the beginning, so I didn’t have to give him much directions. Seriously, he runs semi-naked on a wrestling ring almost every week, so he had the experience already to do anything.

SR. Where you nervous before the release? How did you react when you read all the positive reviews?

I was super stressed. I was so sure about what we did, everyone who saw the film before release liked it, but you know, the real challenge is the real people, the movie goers, so before the premiere I was about to have a panic attack.

The premiere was in Austin, and the audience loved it! Hearing them laughing was the biggest reward. It was a huge achievement.

SR. What do you think was the main thing that made Blockers a comedy hit? It’s hard, making comedy nowadays it’s extremely tough. Because of social media everyone think making funny bits is easy, people think they know what is funny and what they want, so it’s hard to convince them to buy a movie ticket to see a comedy instead of a film packed with special effects.

There is also streaming services full of good comedies to watch, so the market is getting more competitive…people has seen almost all, so for Blockers what I believe resonated with the audience was the fact that this was an idea not seen before from the parent’s point of view, that’s why everyone liked it, cos they could also relate with what was going on the film and openly laugh and talk about it.

SR. Just to finish. Can you share with us a funny story while filming Blockers?

During the opening montage, you know with all the iPhone and clips of the parents with their kids, we were doing something with Leslie (Mann) holding her 5 year old and she started crying because she missed her own daughter, then I started crying, then other girls on the set started to crying. It was a total chain reaction, because we have been working for so long so we missed our families.