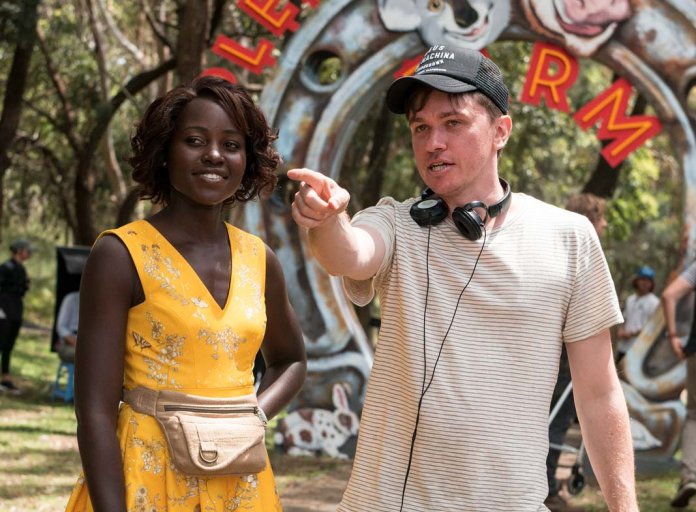 The film stars Oscar winning actress Lupita Nyong’o (12 Years A Slave), Josh Gad (Frozen) and Australian actor Alexander England (Danger Close) and follows a washed-up musician teaming up with a teacher and a kids show personality to protect young children from a sudden outbreak of zombies.

To find out more about the film, and working with this all-star cast, we had the chance to chat with director Abe Forsythe who shared with us about the challenges of working in a genre film and his take on the expansion of streaming services.

SR. What would you say is your formula to create a good Zombie film?

AF. Hard to say. To be honest, doing a Zombie film was never in my bucket list. The whole idea was inspired by my little son believe it or not.

He had a kindergarten excursion, where something happened, and just by listening to him and what he told me was going on I came up with the idea, as it made me think in how would you protect 25 children out there in a remote location.

So answering, your question there is not really like a formula for this, it was an idea that came from my kid. Obviously, I also thank all the films I saw growing up that inspired me to get into this industry.

SR. What are the challenges of making a genre film mixed with comedy?

AF. Comedy is what I’ve been working before, so I’m used to that. I personally like to push things with a reason, not over-complicating things, as for comedy to work all needs to make sense.

The challenge is to make jokes that are not forced, making them work as normal as possible, in a natural way in order to come together.

For the horror part, obviously you need to balance it with serious parts, with suspense, that’s why some scenes are about the reality of losing something, like the struggle of Mrs. Caroline to save the kids.

SR. How did you manage to get Lupita Nyong’o and Josh Gad on board? 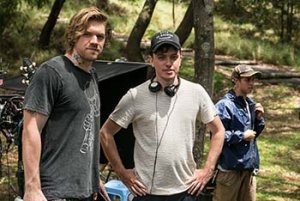 AF. It was all thanks to the story. I was very lucky people responded to the script very well. Both of them were my first choices for those characters.

Lupita connected with the character of Mrs. Caroline, and she liked to be challenged, you know she is a world-class actress, so having her on board was fantastic.

Josh (Gad) is an amazing family entertainer, just look at what he does for Disney, and he was super keen to play this role and absolutely owned it. He has an impressive capability to adapt.

SR. The film received rave reviews overseas so far. How amazing is that!

AF. It gives me a huge sense of completion, you know, it’s so hard to make a film like this, especially with the small budget we had, and I never imagined the film selling everywhere and screening the film in huge international festivals.

It’s funny that my son inspired me to do this movie, remembering me how to be human again, and traveling all over the world to introduce and promote the film has been mind-blowing. However, I never took this for granted.

SR. What can you tell us about the locations you used to film?

AF. Believe it or not, we shot here in Sydney, near the East garden shopping center, where the park is. We setup the souvenir store there, where most of the action goes on, so that saved us a lot of money in terms of logistics, as almost 40% of the movie was done there.

We had to be clever to make it look like a whole set, using different camera angles and techniques. Just imagine having tons of extras in zombie makeup every day traveling far from Sydney, so the fact we filmed here saved us a lot of trouble.

We still filmed the petting zoo part in an actual petting zoo, which was a bit far, but that was something we could not avoid.

SR. Why do you think genre films in Australia have limited release or go straight to Home Entertainment?

AF. I could speak hours about this issue to be honest. I think is because we don’t really have the audience and the population for this type of films.

Overseas there are so many places to screen your film, and people wants to watch it, there is a market for it. Here, unfortunately, I feel its more about a family audience who rather to have a relaxed time at the movies instead of being challenged by a complicated or “scary” plot.

SR. Do you think streaming is helping or damaging the film industry? 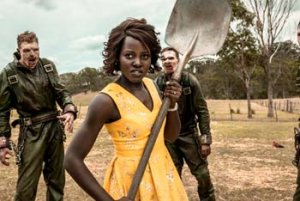 AF. Is helping, because now movies are easier to reach a wider audience and it’s also allowing filmmakers to make the movies they want.

To give you an example, one of my favourite films in recent years is Okja, and to be honest I doubt that film about a giant pig, would have been a box office success, but because is on Netflix has been seen so many times and getting excellent reviews.

In our case, we just sold Little Monsters to Hulu, so we already embraced the streaming platforms in order to get our work out there.

SR. Just to finish. Many people claim Hollywood is out of ideas and we live in the remake and reboot era. What is your take on this trend?

AF. Funny you ask me this as I’m currently working in a sequel of something very well-known, but I cannot say anything about it at this stage.

I personally use Deadpool as an example of how cinema can move in a different direction within the same trend, because we were bombarded with superhero films, and then suddenly Deadpool came along to bend the rules a bit, unleashing a new kind of entertainment.

I like to think Deadpool helped us to raise money for Little Monsters, as our film does the same, by shaking the rules of zombie films a bit, which makes it different.

All is a reminder of why I like to go to the movies, I admire what George Miller did with the Mad Max franchise and Fury Road, because is something he created ages ago and remade himself, and totally worked.

In selected cinemas 31 October.
Available to rent in Foxtel Nov 29.