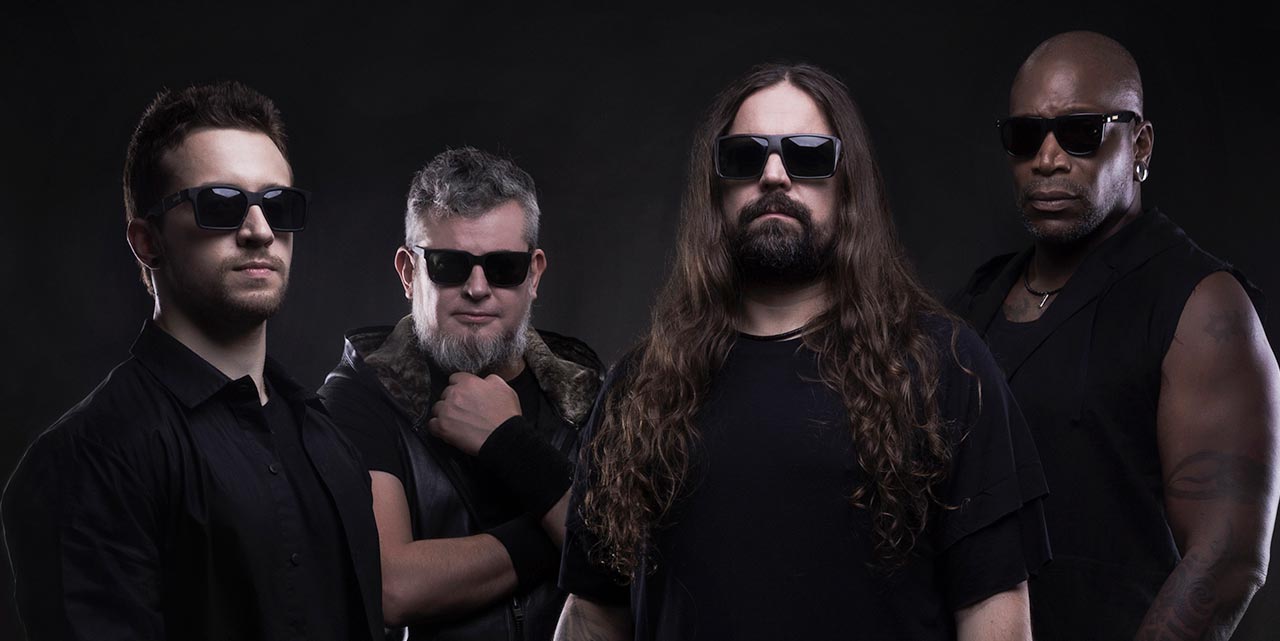 We were lucky enough to catch up with Derrick Green of Brazilian heavy metal band Sepultura to chat about their upcoming Australian Tour.

SR. So you’ll be heading over to Australia soon, when was the last time you guys were over here?

It’s probably been way too long, I can’t even remember the last time we were there. We’ve been looking forward to going there for a while, so we really can’t wait for this tour.

SR. People are gonna go crazy when you come here. So you’re touring with Death Angel? Yeah. They’re really good friends of ours, and we’ve toured with them in the past. I think it’s a great combination, both of our bands have a long history and we get along really well. I think it should be a legendary night of thrash for anyone who comes to see us.

SR. You released the Machine Messiah album a bit earlier this year, how would you describe the changes in sound on your new album?

I think there are a lot of influences that have happened since the last recording session, I think with every Sepultura album it’s always changing, just because we’re changing as well. It’s a very natural process it’s been awesome. It feels really alive, we’ve been coming up with new ideas and pushing ourselves in different directions, I think we brought through a lot more of our personality with this new album, I think we were able to put a lot more of that into this album. I think it’s a very deep album from beginning to end, it’s very connected. We wrote it with a records format in mind, like a side A and side B, and really formulated the songs to fit that. This is something that is very new for us.

SR. You’ve been crowned the most successful heavy metal band in history from your region, what’s the secret to consistently bringing out amazing records, decade after decade?

I think it’s just the love of what we do, you know? We are able to write with each other, and we’re all on the same page, everybody wants the same thing. I think that once something stops becoming fun, a change needs to be made. We’ve always enjoyed what we do, I think you can really see that on stage. It’s still something very challenging for us, we’re always looking forward to working on new material and going to new places.

SR. I’ve heard of some pretty crazy things that you guys have done or have had to do over the years. Things like sleeping on stages because there’s nowhere else to stay, to being bashed by police, I take it there’s a lot of crazy stuff that happens over in Brazil?

Yeah, I mean I think for a lot of bands, it’s very hard to play this style of music and travel. We’ve all had to go through these really tough stages in life, but I think it really adds to the music, and adds to the character of the band.

“…we do have a recording of the last Rock in Rio, which we are going to be putting out…”

SR. It’s a story to tell, that’s for sure. You were talking about more new music before, do you have any collaborations with other artists coming up?

For us it’s always a joy to work with different artists, it’s always a lot of fun. I don’t think we have anything planned right now, but once we get into the phase of writing a new album, there could be some collaborations. It’s too early to tell right now, but you never know.

SR. On that note, is there anyone that you would like to collaborate with in the future?

I’ve always thought that it would be great to collaborate with bands like Massive Attack or Prodigy. Those bands have been such a great influence on us, it’d be great to work with them.

SR. A Prodigy/Sepultura song would be pretty crazy! What’s the craziest thing that’s ever happened to you guys while you’ve been overseas on tour?

Oh god. There’s so many things. I mean, I just remember flying to Siberia to play a show, and waking up to an animal looking up at me on the plane. Somebody’s dog had escaped its carrier, but it was a really strange looking dog, almost like a wolverine. I was really confused, there’s was a bunch of little kids screaming and everyone stood up in their seats looking at me. I had no idea what was going on, I’d just woken up… anything can happen in Russia, and that was a pretty bizarre thing to happen on a plane.

SR. Not many people can say they’ve woken up to a wolverine between their legs! Do you have any plans of making a live CD or DVD?

Well we do have a recording of the last Rock in Rio, which we are going to be putting out. That should be available by fall if everything goes to plan. There is also a Sepultura Documentary/Movie coming out, which has been in the works for a while. A lot of people would really enjoy it if they checked it out, it’s about the beginning and the build-up of the band, and why we’re still here. The movie is called Endurance, and it’s basically about why we’re still relevant, and how we’ve been together for so many years. It’s great for people who’ve never heard of Sepultura, or don’t know much about us or our history. Of course any metal fan would find enjoyment in watching it too, so it’s definitely something you should check out.

SR. It’s been lovely, is there anything you’d like to say to your Australian fans?

Don’t Miss Sepultura across Australia this May!
Tickets from metropolistouring.com/sepultura-death-angel/