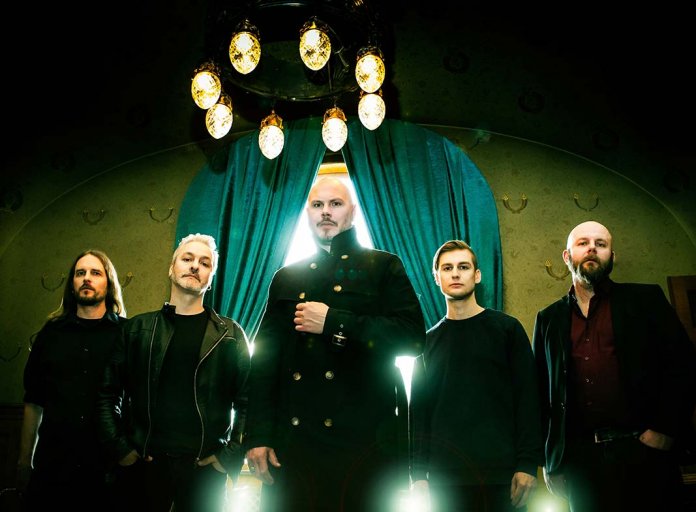 We had a chat with guitarist David Andersson of the metal band Soilwork in regards to the bands upcoming tour of Australia for just 3 stops; performing in Brisbane, Sydney and Melbourne. We also chat about their latest album Verkligheten which was released at the beginning of this year.

SR. Hello David. Great to have you for a chat. You’re coming over to Australia pretty soon with your band Soilwork.

Yeah! We’re pretty excited, it’s been a while since we were there so it’s going to be great to come back and to enjoy the Australian experience.

SR. Well Australia is always an audience happy to see you. Tell us about something interesting that happened the last time you were over here.

Well, I ate crocodile for the first time and I ate a few kangaroo dishes as well, I’m a bit of a food nerd or a foodie if you will, so I was trying my best to sample some of the local stuff, I did an interview recently and we were talking about Vegemite, I haven’t tried that yet but perhaps I should this time!

SR. You should! It’s a very Australian thing. A staple food here, so you gotta try it man.

Are you a Vegemite man yourself?

SR. I’ll admit it, I’m a Vegemite man myself, on the subject of things with the letter V you had your new album Verkligheten come out in January of this year. How’s everything been going since the release of the album and tell us a bit about it?

We’ve had some great reviews, I think the fans really like it and the band has been doing a European tour with Amorphis from Finland and lots of summer festivals. The new songs on the album seem to go down really well, especially the song Stalfage.l It’s one of the singles on the album, it’s become a live anthem, it’s a song I’m especially proud of, when you’re like 20 years into your career and you can still create and make music people really react to, it’s rewarding. I mean it’s not the same feeling now as when as your playing the same songs from 15 years ago, we’ve become a new band and we’ve gained some new fans who don’t really care about the older early purer death metal stuff, we’re trying to push the envelope, and trying to create something new within the metal context and it feels like we’re still interesting, so it’s good to be a member of Soilwork, we’re still very much into creating new stuff rather than just travelling around playing old classics and being content with that. We were content with that, but I don’t think we would still exist as a band if all we did was play old stuff from 15 years ago, I think the reason we’re still together as a band is we’re still relevant and come up with new music that people enjoy.

SR. You’re coming over here to Australia late October / early November but you’re only coming over to 3 states is that correct?

Yeah which is a bit unfortunate, we usually do Adelaide and Perth as well, but not this time.

SR. It sucks to see you’re not coming to Adelaide, I know there’s lots of fans in this state that were looking forward to seeing you, you had a great show here last time didn’t you?

It was definitely, we had such a good show. As a band we can’t do much about bookings, we just come on tour in Australia and it’s a matter of what shows are lined up for us. Personally I would love to do Adelaide and Perth as well but this time, I don’t know if there’s a lack of interest, or if it’s just a matter of not having the proper venue, or whatever but hopefully this tour will become a huge success so next time we will go everywhere in Australia!

SR. Fingers crossed, nothing else is in the works then, no planned dates for festivals etc down under at this time?

We don’t have any other plans for Australia right now, we’re doing some shows in Finland later this year and have a few festivals next summer and we’re also releasing a new single hopefully before the Australian tour, we’ve been in the studio and come up with some new stuff, we just want to keep the creative juices flowing so you can expect some new music, we’re gonna release some new singles every now and then over the next year, then we will see what happens. The music business is kind of changing these days, it’s a bit dated, perhaps the future is more about releasing individual songs or EPs, but I mean sooner or later we will do an album because it’s fun to do albums, at the same time it’s quite a lot of work to do an album. It’s quite a huge undertaking, then whereas just going into a studio and recording a few songs every now and then is quite liberating, and the way most people consume music these days, people don’t listen to a whole album these days anyway. These days people just listen to streaming stuff, they find a song and add it to a playlist, what’s the point in releasing an album of like 12 to 14 songs and 2 of them get played and then the rest not ever getting played, things are changing so much and I think it’s great to be able to experiment in the studio and just do stuff.

SR. Are you gonna be playing any new tracks when you come over to Australia?

Yeah hopefully, definitely if they’re released by the time we’re over there.

SR. Sounds good man I’m sure fans are looking forward to the new songs, what would you like to say to your fans down here in Australia that look forward to seeing you play again here soon?

Well I hope that our fans in Australia appreciate the new album Verkligheten and know that we’re gonna put on the most intense metal show of the year.

Don’t miss Soilwork touring Australia super soon! Who knows when they will be back next so catch them while you can!