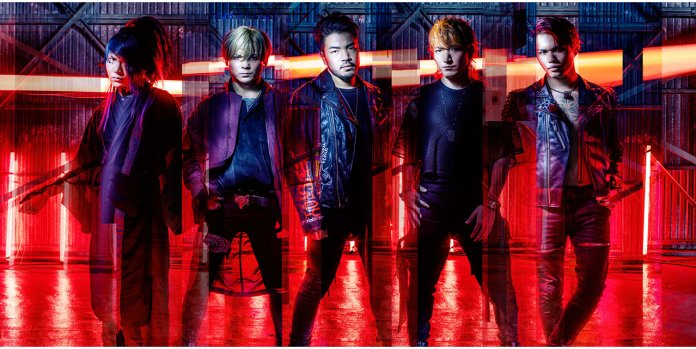 For the last 13 years, Crossfaith have been pushing the boundaries of genre blending, evolving over the years into a meld of metalcore, electronica, and industrial. Playing some of the biggest festival stages in the world, the Japanese four piece have been riding the high of the success of their latest release Ex_Machina for the last year and Australia doesn’t miss out on the fun with the band about to tour the east coast with The Amity Affliction and Underoath.

Thanks to Janine from Dallas Does PR, we got the chance to chat to vocalist Kenta ‘Ken’ Koie ahead of the tour!

SR: Crossfaith have been nonstop touring for the last, god knows how long! How are you guys finding the world tour at the moment?

SR: You’re playing with The Amity Affliction and Underoath – who you’ve been here with a few times before. Are you excited to play with them again?

The Amity Affliction and Underoath, obviously I’m a big fan of both of them. We toured with Amity back in 2013…

I was hanging out with the singer from Amity Joel [Birch] in the states and I feel like he’s now like one of my older brothers so I am super excited to see them and hang out. Underoath is one of my biggest inspirations and inspiring figures. Spencer Chamberlain like, he is the reason I’m like breathing. So, I’m super excited and the lineup is just perfect for me!

SR: Since being here quite often have you guys created any traditions or things that you do whenever you’re in Australia? Or is there anything you want to do while you’re here?

Australia is one of my favourite countries to visit, so I am excited to be back in Australia and to just hang out with the fans in Australia. I just want to be there right now and bring our music!

SR: Your latest album Ex_Machina was released a little over a year ago, were you happy with the albums success?

It’s been good. When we play the songs our songs sing the lyrics right in front of me and that’s an awesome thing for me and the reactions have been superb.

Right now we are really excited about writing new music because the band is like over it, we want to play new music. I’m super excited to play all the songs from Ex_Machina but I can’t wait to play new songs- not this time, it’s already been a year, it’s not super old but yeah [laughs]

SR: What kind of a setlist can we expect this tour?

We’ve been playing a lot but we want to be kind to the fans in Australia and people coming to the shows don’t know about Crossfaith so we are going to do a heavy set list for sure.

SR: Speaking about new music, when can we expect new tracks from Crossfaith?

New music has kind of just started so maybe next year we will start releasing something. 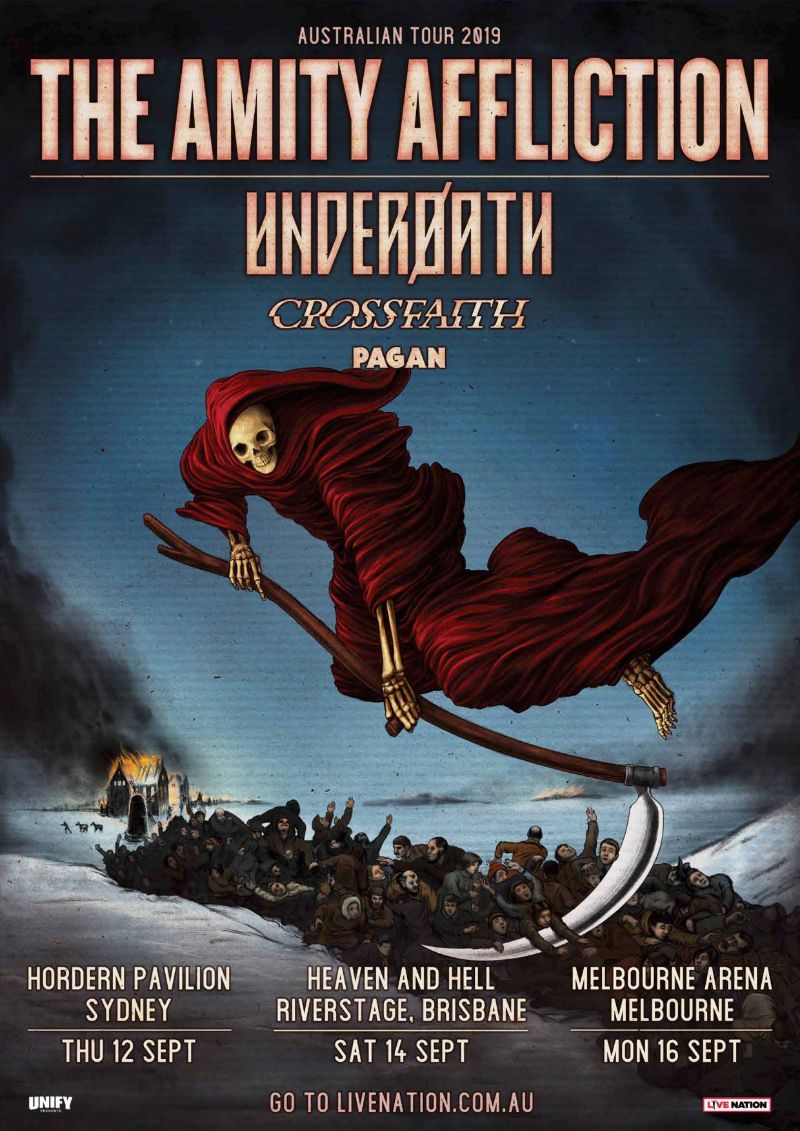 SR: You guys are quite well known, but as you were saying there will be some people who don’t know much about you. What would you say to them to get them to come down early and check you out?

If you guys come to our show you not regret it, our shows are different. Our style is really original- it’s kind of psy-pop metal core kind of stuff so if you miss our show you will regret it forever.

Catch Ken along with Crossfaith on tour with The Amity Affliction, Underoath and Pagan