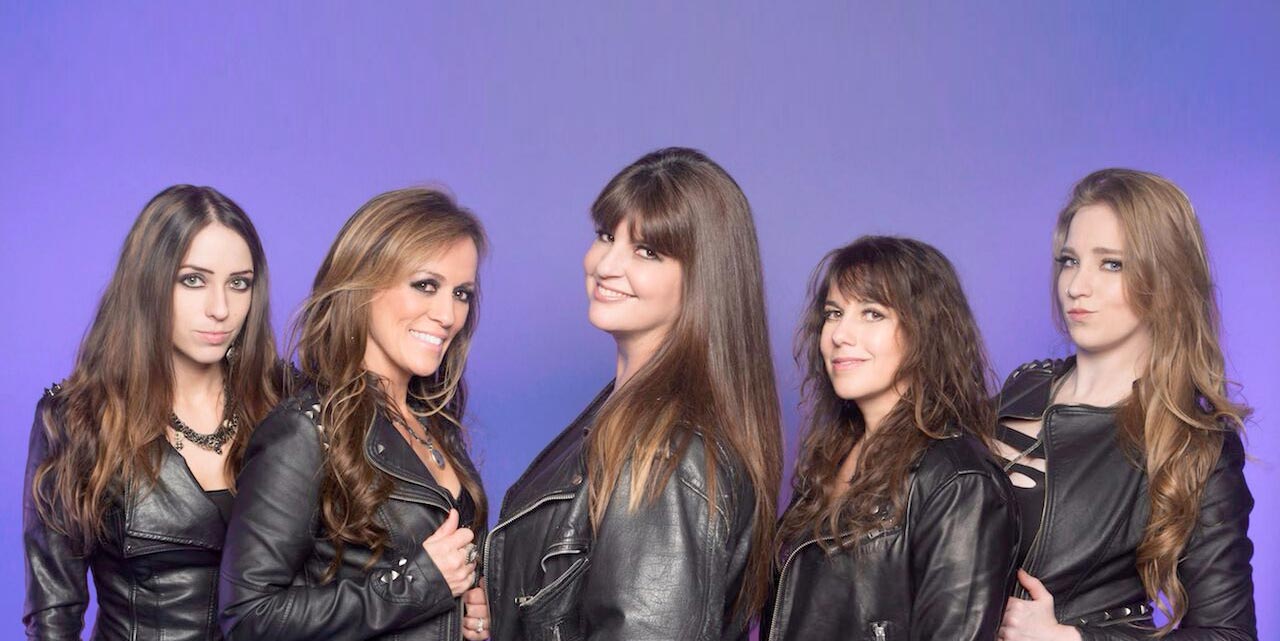 The Iron Maidens – the world’s best (and only all-female) Iron Maiden tribute act is finally coming to Australia.

SR. The Iron Maidens are finally coming Down Under! How do you feel about getting the chance to travel world-wide representing one of the most iconic metal bands in the world?

CC. It’s a dream! Just think on what we do, this is a hobby more than a work, and we get to go to such a huge amount of awesome places and have fun.

SR. What was the first Iron Maiden song that made you want to play their music?

CC. It’s hard to remember, there are so many songs that are important to me, and inspired me. I like Iron Maiden as a whole, and for me to pick just one song as an inspirational one is almost impossible.

SR. Have you ever had the chance to meet your hero Adrian Smith?

CC. Yes! it was unreal. It was at a music convention. He was super nice to me, very humble, and the best thing is that he knew about me and The Iron Maidens, they clearly keep track of what we do.

SR. I’m assuming it’s hard to play in tribute bands in general, but you girls have made your way into the Maiden fans’ hearts. What would you say is the key of your success?

CC. I don’t know, all is very surreal. We give our 200% in every show, and we deliver what Maiden fans expect from a Maiden show, we know what they want, simply because we are die-hard fans as well.

SR. What can we expect from the Australian shows?

CC. A lot of fun and energy, some iconic customs and props, and our own version of Eddie might visit Australia as well. In terms of songs, we do a bit of everything, but we try not to play songs from their latest album “The Book of Souls”, simply because Iron Maiden is touring to promote the album, so we rather to go more about the “Live after Death” type of era.

SR. What would you say has been the highlight of your career as a musician so far?

CC. The first time I ever visited and played in Japan was incredible. However, I’d say playing in an outdoor venue in Venezuela has to be the most memorable show I’ve ever played, as we were the first all-female act to ever play there in front of more than four thousand people who sang along all the songs with us.

SR. Rock music is normally male dominated, but recently a lot of female fronted bands are taking over, like The Butcher Babies and Alissa White-Gluz who is now the lead singer of Arch Enemy. What’s your take on this?

CC. I’m so happy girls are taking over the scene. I love the Butcher Babies, and we are good friends. As you said the industry is hard to crack, but times are changing and I feel it’s time for women to jump on the big stages and get the spotlight they deserved for many years.

SR. Just to finish. Whats the funniest thing that has ever happened to you while on tour?

CC. We have experienced way too many wardrobe malfunctions (laughs). Also many times we have said wrong name of the city we are playing. Also getting to the wrong stage during festivals is hilarious.

SR. Any message for Maiden fans ahead of the shows?

CC. Come to have fun with us! we promise you won’t regret it. If you love Iron maiden, you will definitely enjoy our shows! We cannot wait to get to Australia and play!

Friday May 25th AUCKLAND – The Studio

Saturday 26th May CHRISTCHURCH – The Foundry

Wednesday 30th May BRISBANE – The Zoo