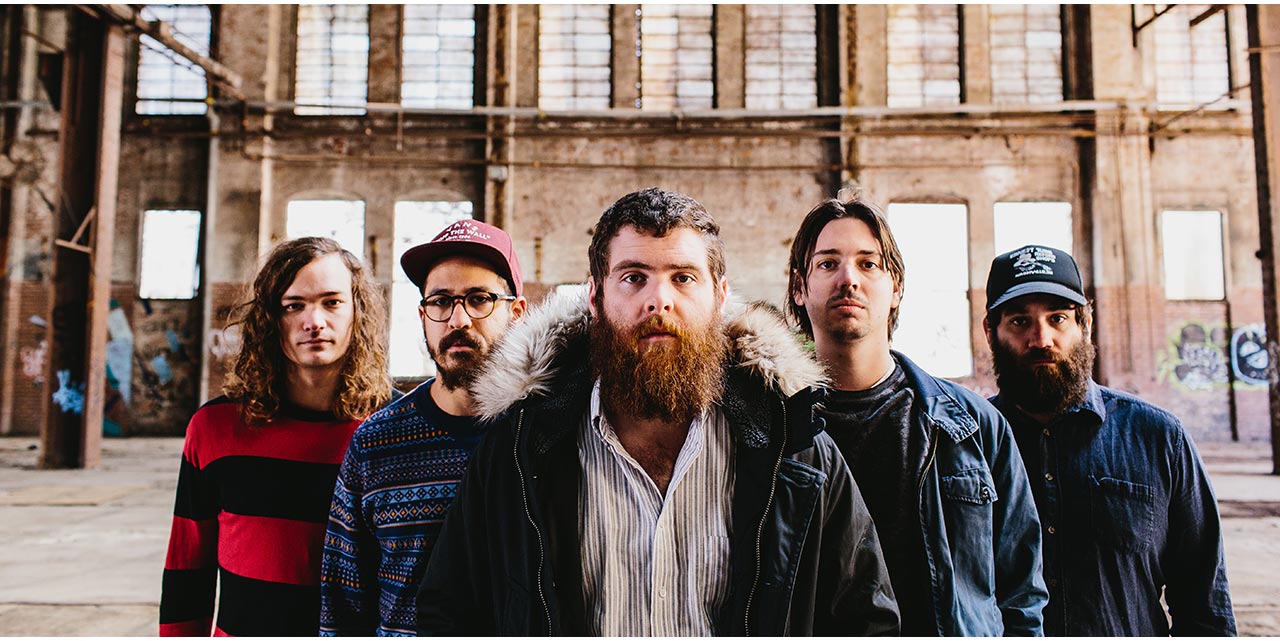 American indie rock band, Manchester Orchestra, released their fourth full-length studio album, Cope, earlier this year. A self-produced effort, it was made in collaboration with their long-time partner, Dan Hannon.

To promote this release, the band is heading Down Under in November to perform live in Brisbane, Melbourne and Sydney.

Thanks to Chugg Entertainment, we had the chance to speak with the band’s keyboard virtuoso,Chris Freeman, in order to find out more about the new album, the Australian tour, and much more.

SR. Let’s start talking a bit about your background as a musician. What inspired you to become a keyboard player?

CF. Well, I started out as a drummer, growing up as a kid. After that, I wanted to be able to write music, and you can’t really write songs on a drum kit. So, I felt I needed to learn something else and I didn’t think that guitar was going to be my thing. So, I started taking piano lessons when I was a kid and it was sort of like a natural progression – it seemed like a natural instrument for me.

SR. Who were your main musical inspirations?

CF. Like I said, being originally a drummer, some of my favourite drummers were Keith Moon, and obviously John Bonham – a lot of classic rock is what I grew up listening to. So, those were mainly the staple guys. Then it was the Rolling Stones and The Who and all those kind of guys. SR. Let’s talk about your new album Cope. Why the decision to self-produce and go independent?

CF.We had been dropped from our label. Our contract was done. So, it was just a lifestyle that sort of happened. It was just that point in life when we were no longer with a label. It was just one of those things that happen in life, where we were released from our contract.

SR. Was that decision harder or easier for you? Did it give you more freedom?

CF. Well, we were with Sony and they gave us a lot of freedom already. It sort of became a thing where we no longer had somebody looking over our shoulders and asking us for music, so we had to champion our own progress. We had to do it ourselves, so it definitely gave us a sense of pride and willingness to work.

SR. How hard, and life-changing, was it for the band when you lost some band members along the way?

CF. Oh well, whenever somebody leaves, it’s always very sad. Yeah, there are a bunch of different emotions going through your head. But we always look to the positive whenever somebody decides to step away from what we’re doing. We sort of see it as… You know, we are believers in God, and feel like it is a God thing when somebody decides to leave. So, if we can find somebody new, we feel that it’s sort of the evolving nature of the band.

SR.  How would you say the new album, Cope, differs from your previous releases?

CF.Well, it’s definitely heavier. It’s sort of a throwback to what we started to do with Mean Everything to Nothing, our second record, which was a heavier record, rather than the orchestral thing that we did with Simple Math. And it was sort of almost a reaction to that; or, we had an opening that we thought we could fill, which was, in America, the rock band, that doesn’t really seem to be in existence right now.

SR. Cope, you collaborated with Dan Hannon and John Agnello. What was it like to work with them?

CF. Dan’s worked on all of our records to date, so it seemed like a thing that we should do – continue that same team. The addition of John came through management, and just relationships, where he seemed like a good fit, personality-wise. And his body of work is extensive and he’s very talented at what he does. And so, we got along with him and he’s really good, so we figured, why not go with him?

SR. Was there any particular reason for making the album’s bonus tracks, Never Really Been Another Way Out and After the Scripture?

CF. Well, we felt like we had the collection of songs that we wanted to be a solid body of music, but we didn’t want those songs to get lost. They were written in the same time period. We wanted to release them, but give them their own life, rather than putting them on what we felt was a finished body of work, which was Cope. SR. You guys are heading back to Australia in November. I’m wondering what the band’s vibe is about coming back here, this time with a self-produced album.

CF.We’re so excited. We love coming to Australia. It is – I can’t say it enough – one of my favourite places on the planet. We love playing and we love being in the country, so we’re very, very excited. It’s a long flight, but we’re looking forward to it.

SR. For people who haven’t seen you live, how would you describe the Manchester Orchestra live shows?

CF.It’s very loud. There are a lot of peaks and valleys, as far as sound goes, and emotions. And we try to involve the audience in what we do, as far as experiencing the concert as one big unit. Rather than us just performing for them, we try to make it all-inclusive.

SR. What would you say is your favourite song to play live?

CF.I’d say my long-time favourite has been Pride. We started opening with that song, and I feel it’s a really great introduction to what we do as a band and the layout of the show… sort of starting out with that. I always like my keyboard part on that song. Yeah,I think that’s my favourite one.

CF. Well, we change out setlist all the time. We sort of like to cater it to how we’re feeling at the time. We just got off a headlining U.S tour, where we were playing for about an hour and a half. So, as many songs as we can cram into our setlist, we do, you know? We try to give a range of songs from all our records, and, you know, play the favourites as well as the songs that we really enjoy playing from all of our previous records…and Cope, obviously.

SR. Fantastic. Okay, we always ask our guests these questions: The first one is can you share any funny, or weird, stories involving a fan with us?

CF. Well, on our last tour, we had Kevin Devine with us, who’s from a band called Bad Books. And we did a little signing with him, and somebody took a photo of me handing him a baby. And that sort of turned into this whole online thing of people superimposing the baby’s face on other people’s heads and Kevin on the baby. And it was a constant thing.

Every day, there’d be a new Instagram photo of somebody doing that; and some fan showed up to a show with that picture of him on their shirt. We thought that was just amazing.

SR. Just to finish, I’d like to open the microphone for you to send a message to your Australian fans.

*Images for Illustration purposes only. No Commercial gains.