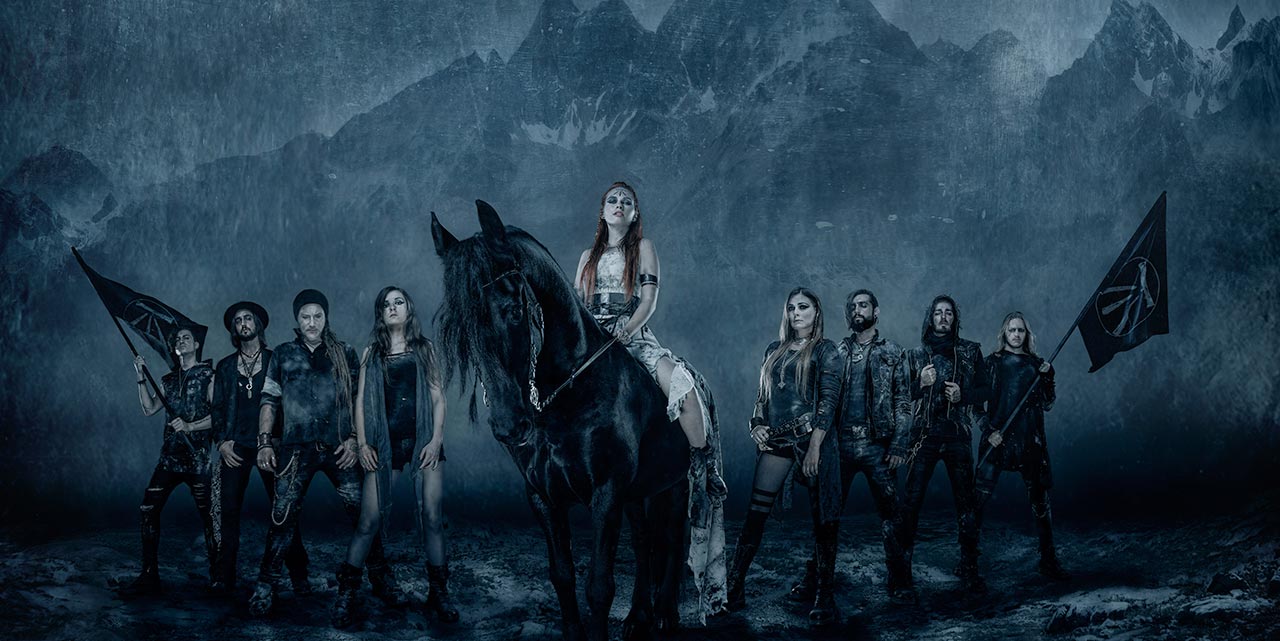 We caught up with Chrigel Glanzmann the vocalist / whistler / mandola / bagpipe player in the folk metal group ELUVEITIE. We discussed the bands upcoming Australian tour and the release of their new album “ATEGNATOS”

SR. It’s been a good couple of years now since you were here last, can you tell me a memory of the last time you were over here in Australia? Yeah, correctly you would say AGH-SCHAU-NAUT-AUS.

SR. Tell us a bit about the new album?

Yeah sure, well uh, on one hand I have to say it also was about time to do another metal album because you know after, or actually even while we were producing ORIGINS the last album, we decided our next album would be metal and so we did that in the end. In simple terms you could say that Ategnatos deals with celtic mythology, but you know it somehow goes a lot further than that, we have already had the theme of previous albums with celtic mythology such as Origins for instance, but so far we have just in a special kind of way recreated and re told ancient myths and legends of celtic mythology on a very historic and also scientific level; this time we took it with a lot more of a personal side. Of course it’s all scientifically founded and corrected, that’s who we are and what we are about . What the album basically does is contemplate ancient parabols and images and archetypes of celtic mythology in our modern everyday lives.

SR. Can you tell us about the new music video for the title track of the album?

I have to say the way it was created was very spontaneous actually. It represents the whole album very well. Spontaneity was the main driving force of the whole process. We had a few basic ideas, but what was happening in the end was all just spontaneous things we tried out. We’ve been working with a company from Poland; we drove there and decided on doing a lyric video. It kind of became boring at the time, at least to us. We travelled to Poland what happened in the end was this video clip here.

SR. You have an extraordinary 2 hour show named “an evening with Eluveitie’ is it going to be more melodic metal compared to the last time you were here in Australia then?

It will be a rather extended set, because it’s been so long since we’ve been to Australia, since we toured to your country the last time, well we’ve released 2 full length albums since then…

I’m sure it will blow us away, it’s been described as primeval folk metal, did you know that

SR. You play the whistles, the mandola, the bagpipes and of course sing too, could you tell me a bit about what equipment you’ve been using lately.

Yeah sure, it’s always a little bit how do you say kind of a strength that we are trying to manage, on one side, we all are like you know very passionate folk musicians so of course to us the sound of these instruments is hugely important. It’s the same for traditional folk instrument players as it is for guitarists who can fiddle with equipment and pedals for hours. We really love the sound of our old historic instruments. But at the same time we do so much travelling and all that, it’s always basically a question to find the right balance between both maintenance and performance. Our bagpipe player recently bought a new bagpipe made of some kind of synthetic material, it’s not wood and it looks pretty terrible and futuristic, and it’s white. This is a result of us trying to keep the very best, it’s actually a very high quality bagpipe. The actual material is rather new. We are constantly working on that sort of stuff and getting better, to improve our equipment and so on and so on. The instruments change every now and then as a result.

SR. What final message do you have for your fans over here in Australia?

To say thank you all for your support and the opportunity, we can’t wait to finally come back, just come to our shows and let’s catch up with each other, we have a lot in store for you guys!