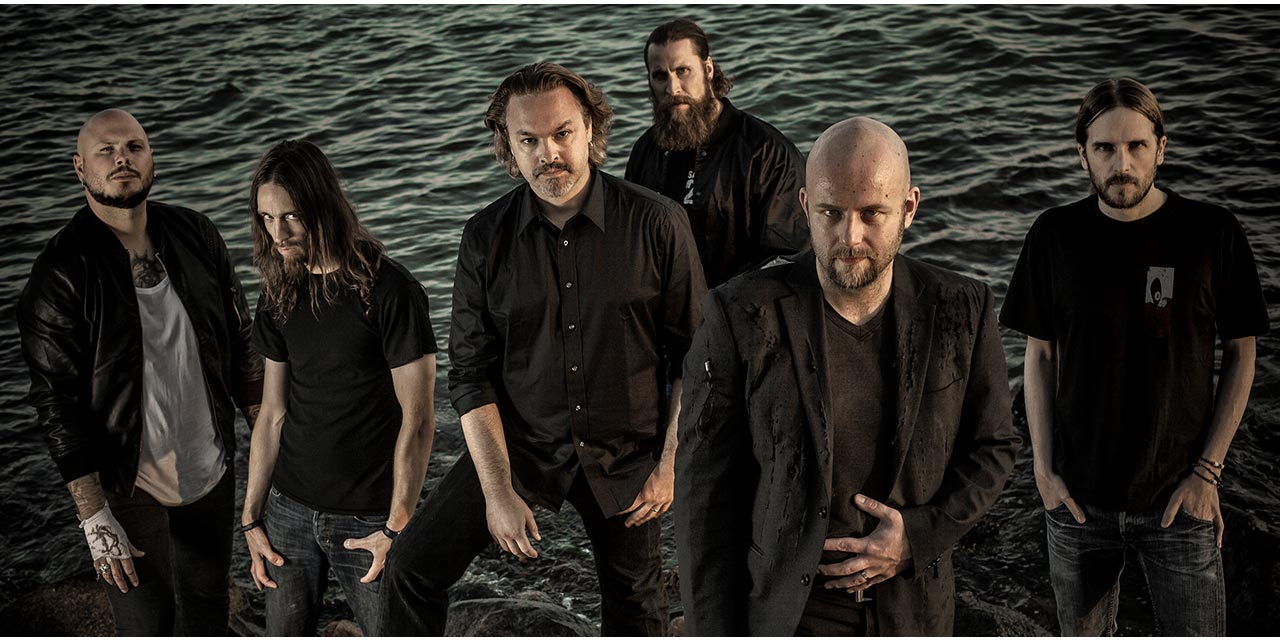 Swedish metal band Soilwork, after being together since 1995, have waited a long time to bring their live show to you in the comfort of your own home. On the 17th of March, Live From the Heart of Helsinki will be released for your experience or for you to relive the night.

Thanks to our friend John Howarth from Nuclear Blast Records, we got to talk to singer Bjorn “Speed” Strid about this monumental experience!

SR. We’re about a month off from your highly anticipated DVD Live From The Heart Of Helsinki being released, what are you and the rest of Soilwork feeling as the countdown is getting smaller? Speed. We’re feeling really good about it. We feel it’s a great live DVD and it’s our first one. It’s kind of weird that it’s taken us ten years to get it out. But we’re pretty happy that we waited this long because we had the double album out, so it’s got songs from that too. It’s a pretty good summary of our whole career, it’s a good mix. I’d say it’s a pretty good introduction as well to us for someone who isn’t really familiar with us.

SR. As you said, you’ve been a band for 10 years, why has it taken so long for you to bring out a DVD?

Speed. We had a lot of issues. We had members leave the band, join the band and then leave again so we were waiting until we had a better line up. Our first album came out in ’98 and we’re currently in the studio making our 10th albums so there is now a lot of albums to pick from with making a set. There had been a lot of talk about it and there were plans, but it just never really happened. We had a lot of management troubles. As I said, I’m glad that we waited for the members we have now. We have a lot of a better vibe, especially when we play live.

SR. What can we expect for the bonus material on the DVD?

Speed. It’s got two documentaries on there, one which is the story of Soilwork and another which some drum-cam videos. There is a book in there two which has some pretty interesting liner notes and some old pictures in there. It’s pretty perfect.

SR. It’s also coming with a 2 CD set, what can your fans be expecting on these?

Speed. Yeah there is also a live album coming with it, so you know, if you don’t want to see our ugly faces you can just listen to the CD [laughs].

SR. Being set in Helsinki, what was the reason for location choice?

Speed. It all starts with an offer from a promoter or through management that has connections. So we got an offer from Helsinki. I think that we also have really loyal fans in Helsinki as well and they’ve supported us from a very early stage. We have a pretty big following over there so we wanted to give back to our fans by showing them a good time. But it might be somewhere else next time for sure. We might just look at a map and throw a dart [laughs].

SR. Your performance show high energy showmanship, but at the same time everything seems to natural and effortless, have you always performed like that or does practice make perfect?

Speed. Well it’s taken some time for sure. It’s been a long ride and it takes a lot of practice but now it feels… I wouldn’t say effortless but it’s definitely easier like raising the threshold. For example going from scream vocals to clean vocals comes naturally to me now. But we’ve been doing so much touring and that’s the best way for practicing. It definitely takes time.

SR. During the film, you show a lot of audience participation such as talking to “that guy in the red t-shirt”. Do you try to bring as much contact with the audience as possible during a show?

Speed. Yeah I definitely try and include the crowd and that choosing someone that stands out in the crowd to make them feel included in the show and be a part of it. I love getting people involved.

SR. What was your favourite song to perform on that night?

Speed. That’s a very good question! I really enjoyed a few songs. Like there was one with Floor Jansen and also with Nathan J. Biggs as well. Those were better songs to do, and performing with those two was something very special as well. So I enjoyed that. I love doing Spectrum of Eternity as well, that’s just a great feel and it’s a pretty big sound in that song.

SR. What was is like performing with other artists?

Speed. It doesn’t happen that often. It’s usually at the end of a tour when you get someone from one of the other bands on the tour coming with you on stage and doing a song. We’ve never really done it like this before where it’s a live DVD show and there is 12 cameras and you’re kind of doing like a duet. It’s definitely a special feel though. We’ve never really had a female artist perform with us though so it’s definitely about time.

SR. You’ve got some pretty intense fans, have you had any weird or funny experiences with a fan onstage?

Speed. Well some people in North America, when they get up on stage, they kind of want to stay there. So you’ve obviously got to be careful because you don’t want to push down people. Someone wanted to get up on stage and kiss my bald head as well, and that happened. I’m not overly paranoid about it now though. It’s not the days where people would come up and jump back off anymore.

SR. If there was any song in the whole wide world you wish you’d written what would it be?

Speed. Well there is a bunch for sure, but I’m a huge Fleetwood Mac fan so Rhiannon for sure.

SR. Do you have a message for your Australian fans?