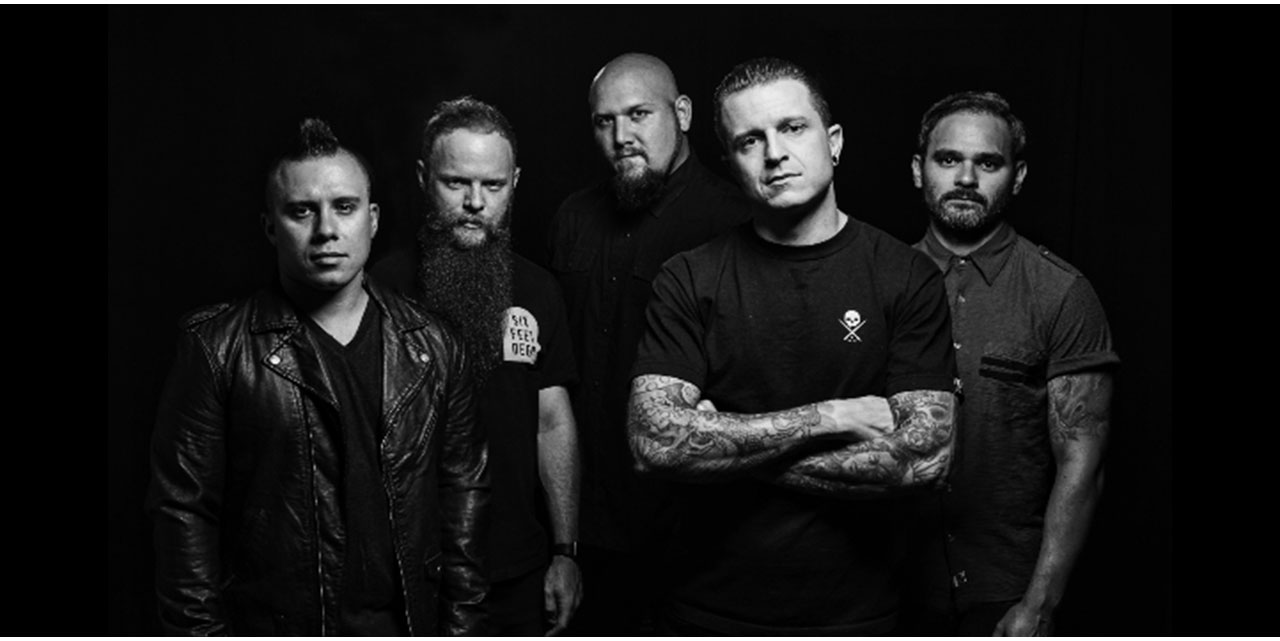 Atreyu have been one of those bands that a lot of us have grown up with, and if you haven’t been to a party with a bunch of hardcore/ emo kids where Exes and Oh’s, or Bleeding Mascara wasn’t being pumped at some part of the night- have you really been to a party? But alas, Atreyu have matured after their hiatus to release their latest album Long Live.

In just a few months Atreyu are supporting the legendary Bullet for my Valentine and we got the chance to talk to vocalist Alex Varkatzas thanks to Rebecca from Deathproof about the upcoming tour, the new album and an inside love for some older bands.

SR: How are you and the rest of the band feeling about the upcoming tour with Bullet for my Valentine?

We’re scared and we don’t want to go. [laughs] we’re pumped up, we’re pretty excited! Bullet [for my valentine] are our buddies from way back. They played one of their first tours with us way back in the day, which just shows how old Atreyu are getting at this point. To grow up with those dudes, to see how successful they are and how cool they are to their fans, and how cool they are to us and the other bands is fun man, it’s a pleasure.

The fact we are getting to come to Australia is a fucking blessing.

I keep saying this, and i’m not trying to kiss ass- Australia is one of my favourite places in the world. My wife and i went there for our honeymoon, so i feel like when i say “go with Bullet to Australia”- it’s a no-brainer. It’s a good time.

SR:  As you’ve said, you’ve been to Australia a few times, is there anything that you were wanting to do this time around that you haven’t done before?

Yeah, i found a bunch of wildlife preserves. I’ve been tattooed in Australia before- i might get another tattoo while i’m down there. I think Australia have a lot of rad tattooists, especially i’m into like American Traditional style and the twist they’ve got going down there is pretty rad. I enjoy your fitness first health clubs- it’s a good time. But as far as i can do, i don’t know, man. We’ll see what happens.

SR: You were here only just last year for Soundwave, how do you feel about the festival no longer in operation?

It’s a shame, it’s been around for a long time but i’m really sure that the Australian audience is such a cool audience that something else will come along and take it’s place if it hasn’t already. It just takes time. It’s a shame that it’s gone for the fans, because that’s what it’s all about – putting on a rad show for the fans.

SR: Since you were here last time you’ve released your latest album Long Live, how excited are you to play your newer songs for your Australian fans compared to your more well known tracks?

You know at this point i’m pretty pumped up to play them both, but it is a little bit more exciting to play a new song, maybe one that you haven’t seen the crowd react to before and sometimes you see something different or you feel a different energy. So i;m a little pumped up about that but i’m just pumped to be playing.

SR: You did take a hiatus for a few years, did you expect to have such a strong following of fans coming back?

I never thought of any of that stuff. I was just wanting to make the best record we wanna make. Being pretty selfish to be honest [laughs]. Do the things that we want to do and hopefully people will be stoked on it. But if you do things to please other people too much you’re going to find yourself unpleased.

SR: Is there any chance of any newer music to be played?

Newer than the songs on the new album? [laughs] no, it doesn’t exist. But there is definitely new music in the works. We’re working on the new record probably early next year, then it should be out at the end of next year. I’m probably a bit ahead of schedule, but i just like to say it.

SR: Do you have any memorable fan stories you could share with us?

In America we have a lot of disabled combat veterans because of all the horrible things we seem to get involved in. We’ve been to a few of the hospitals that look after these dudes and it stands out in my mind to see young men and women, who are my age, back then- as it was a while ago, who are just really messed up, or really damaged. That stands out to me and to have some of these people’s families tell us that our music means something to them was very touching. Still kind of twists up my words and i can’t get it all out right, but that’s the general idea.

I know some dudes in the military also who tell me that they listen to Atreyu when they go out on mission or things like that. You know, that’s pretty intense compliment and it’s difficult to wrap my head around.

Oh man, ummm, something by Sting. I’m not sure. Let’s just say something by the Police, because I can’t pick. Either them or something by Huey Lewis [and the News].

Catch Atreyu with Bullet For My Valentine and Cane Hill this October!

Tickets on sale now at www.destroyalllines.com! 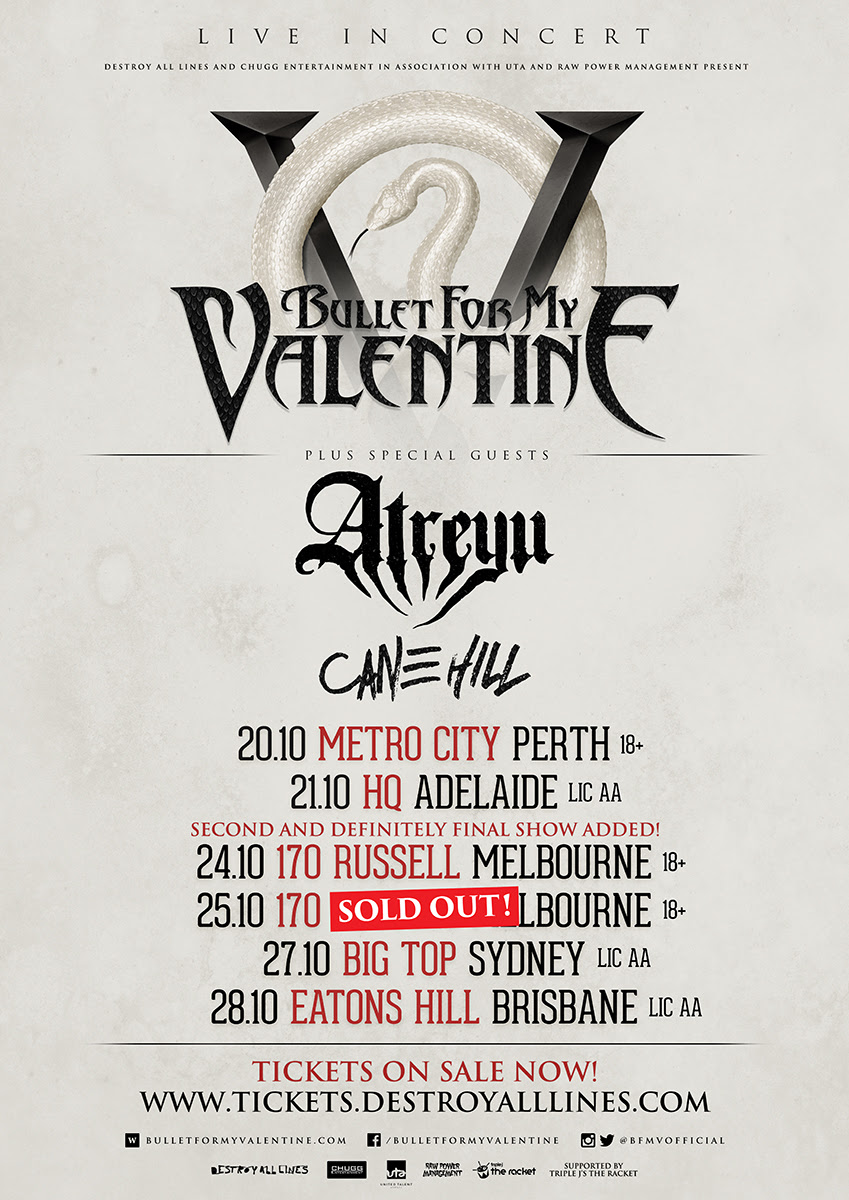