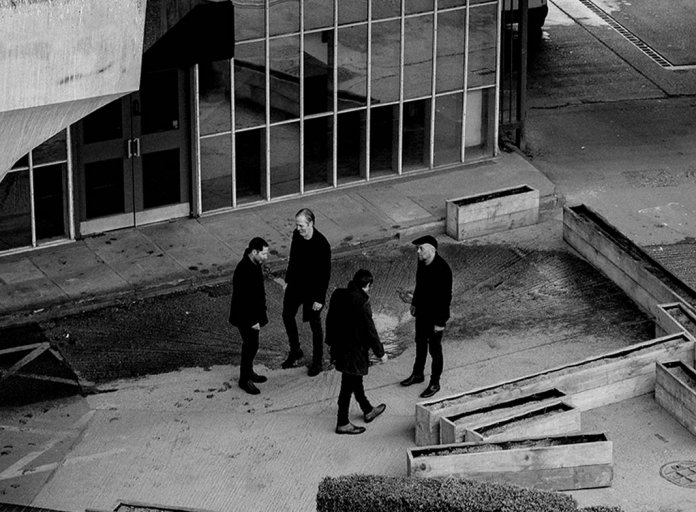 Seminal Shoegaze legends RIDE return to Australia and New Zealand for their first headline tour in over 25 years.

To find out more about the tour and their upcoming new album ‘This Is Not A Safe Place’, we had the chance to chat with founding member Andy Bell.


Well album Number 6 is almost upon us This Is Not A Safe Place… Is this a safe place we live in?

No! No one here gets out alive, as Jim Morrison said. And it feels as if the world becomes less safe by the day.

Tell us about the structure of the album; the 2 singles ‘’Future Love’’ and ‘’Repetition’’ are both bangers but stylistically a little different. For those who haven’t heard the album, would you describe it as eclectic or safe mix of tunes?

There is a lot of common instrumentation bonding the tunes together, for example I used the same guitar on every song, but it’s also got a bit of variety within that.

I find the album extremely interesting and engaging and one that you can’t wait to hear what’s next; from the out and out rock of ‘’Kill Switch’’ to the ethereal ‘’Eternal Recurrence’’ to the acoustically proggy ‘’Shadows Behind The Sun’’ to the fantastic and classic Ride of ‘’Future Love’’ the influences are many. Was this a natural process in songwriting or did you set out with a distinct plan?

No – no plan. It was just a natural flow and the eclectic mix of tracks comes from our vast musical likes and influences. And thanks, that’s great to hear.

How was it transitioning from Ride to Hurricane #1 to Oasis to Beady Eye and back to Ride? It’s been one hell of a trip!

I’m somewhat of a passenger in my own life – that’s what it feels like sometimes – I haven’t had a master plan all this time. I’m proud of what each of those bands did and I have been really lucky to play with such great people.

As one of the pioneers of the ‘’shoegazing’’ scene, the genre has ebbed and flowed and endured resurgences. How do you feel that once dark metal bands such as Alcest, Sólstafir and dare I say Opeth have embraced the scene?

That’s not something I know too much about but I think there’s room for everyone, I’m not a gatekeeper of shoegazing, I couldn’t even define it for you

Being poster boys for a scene that developed in the early 1990’s how does it feel to be back, firing and influencing a new generation?

I am happy if our music still resonates with people – it’s cool that we’ve been given another chance. 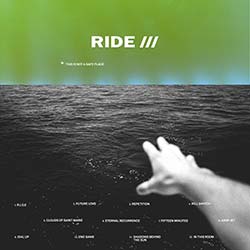 Which Ride songs have best stood the test of time, why and will they always be a part of the band’s set?

Vapour Trail is one which has grown with time. It was never a single but it’s become our best known song. Leave them all behind was our biggest song at the time, and it still seems to get people moving now.

Since the reformation do you feel like it’s the old fans are who are back with a renewed energy and passion for the band or are you reaching a whole new fanbase as well?

A bit of both. We have a small and committed hardcore fan base from back then, but we also attract a younger crowd too.

Are the old tracks played the way they were live back in the day or have they been given new life?

They are all being played 100% better by us ! We were pretty patchy live back then. Now we are a lean mean shoegaze machine

Was the reunion seamless? Was it easy to lock back into the groove?

It’s been a hell of a long time since you were down here in Australia. How does it feel to be coming back after all these years?

Really good ! I’m excited to be back.

What will fans expect of this tour song wise? Obviously, you will have a new album to promote, so will we see a mix of that and the classics?

Yeah, a lot of classics and some new songs.

Do you have a few words for your Australian fans?

Hello ! To the original fans – thanks for remembering us, and to those that never saw us in the 90s, we are looking forward to showing you what we can do. Thanks and see you soon. 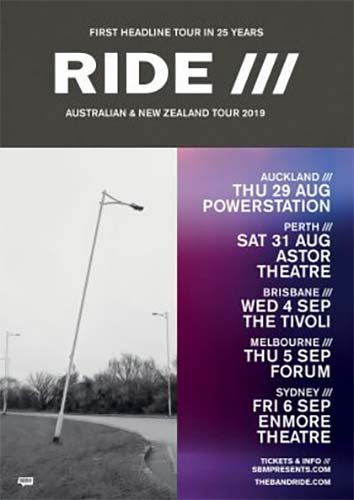