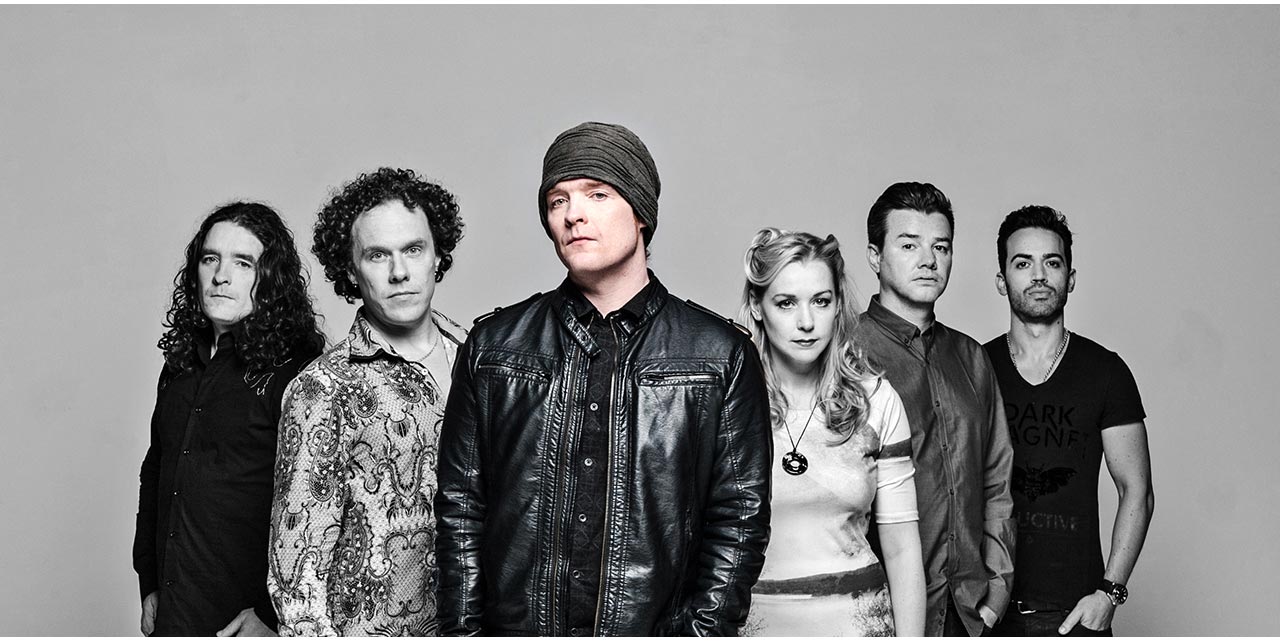 With 10 studio albums in their pocket, UK’s progressive rock band Anathema will hit Australia for the first time for a full headline tour to promote their latest album “Distant Satellites.”

Thanks to Maric Media and Metropolis Touring, we got the chance to chat with the band’s frontman and co-founder Vincent Cavanagh about the tour, their latest album and much more! SR. The new album the ‘Distant satellites’ has been well received by your fans. How do you feel this album stands out compared with previous releases?

VC. I don’t really compare them with previous releases to be honest.

SR. What would you say was the most important part of the process of this album?

VC. The songwriting of course, the songwriting as always. We did a couple of great preproduction sessions basically like a get together for the band in a studio to see what material everyone had written and during those sessions wrote a few songs too, so yea the songwritings the most important thing with the band, definitely.

SR. Speaking about  ‘The lost song’, part one, two and three. Do they have special meaning for you guys?

VC. (laughs) Yeah its strange how you would single those two out though, you know really I think all the songs have got very special meanings and the lost song, one,two and three , well the three of them are connected.

They have very deep personal meanings you know. We don’t like to get into specifics you know, cause otherwise it gets too personal you know

SR. So from the album I know you pretty much say you don’t compare but which is the song you are most proud of and why?

VC. ‘Distant satellites’, mainly because it’s the one I worked the most on. I did a lot of work on that song so its quite personal to me. I guess because its new territory as well, I really like that. I think its interesting to try new things out with various synthesizers and drum machines and different influences but the core of the song is the most important thing. The actual vocals, the song itself is the most important thing. Even while you are open to experimentation the song is more important.

SR. One thing that grabbed our attention when we got the release for the album was the statement you guys made about “the culmination of everything as a team as working so far” so wasn’t that a kind of farewell from the band?

VC. Nope. Well I didn’t write that one but it wasn’t a farewell. The only thing the person meant is it has elements of everything you know to be of an uppermost sound of this album and also some more new ones so do you know what I mean? So that’s all that was meant for it.

SR. What would you say has been the best live show you have ever played with Anathema?

VC. There are a few that stick out in the memory, um a concert in chile, in Athens, in Poland, in New York and Los Angeles, in London, in Holland, theres so many to think of really, its quite difficult to choose one. We just played a cathedral in the UK, Gloucester cathedral which is beautiful, it was incredible, um theres too many to mention but its always about the reaction of the audience. In Bulgaria 2010 , which is why we chose Bulgaria to do the universal dvd, you know its always about the audience for us

SR. Following up on that, you guys are heading Down Under soon. How are you guys preparing for that?

SR. Generally speaking, how many songs you have on your set-list

VC. Between 17, 18 to 25, its quite a lot really. We will do our absolute best. Its going to be a fantastic night. We will play for as long as we can. SR. What would be your “must play song”, the one that your fans always ask you to play?

VC. Im not sure, it probably depends where you are, like um in certain placeds like Greece or Chile, they’d probably say ‘One last goodbye.‘

So we’ve got ten albums so really there’s a hell of a lot of tunes that everybody wants to hear and you can be rest assured we will be playing everybody’s favourite tunes for the most part anyway. I don’t like to single out any particular song.

SR. We always like to ask our guests these following questions: Have you met any of your idols or musical inspiration or there is anyone you would love to meet?

SR. Do you have any weird or fun story involving a fan while on tour that you can share with us?

VC. Yeah but we can’t, I don’t want to share that. I mean, we get our fair share of weirdos put it that way, and I don’t know why it is, but ever since the very beginning we’ve had people following us to our homes, showing up on our doorsteps, find out where you live like a stalker and turn up on your doorstep expecting to sit down and have dinner with you and have a relationship with you, its fucking ridiculous!

It happens, yeah it fucking happens, its bizarre, so we do seem to attract quite a few weirdos but I suppose its all fine. We are really respectful people so well will always give people and pay attention to people. You’ll notice this in Australia, we wont be shy, we will be coming there and meeting everybody. It should be fun.

SR. Just to finish I would like you to use the open microphone to send a message to your Australian fans

VC. We really look forward to meeting everybody. We are going to be playing as long as we can, playing as many tunes as we can for the time we are given and then afterwards we want to come out and meet everybody and have a bit of fun, (couple of words I cant understand), and you need to show us about, you need to show us what australias about because weve never been before and weve got quite a bit to experience so see you there!

* Photos by Scarlet Page. Images for illustration purposes only. No commercial gains