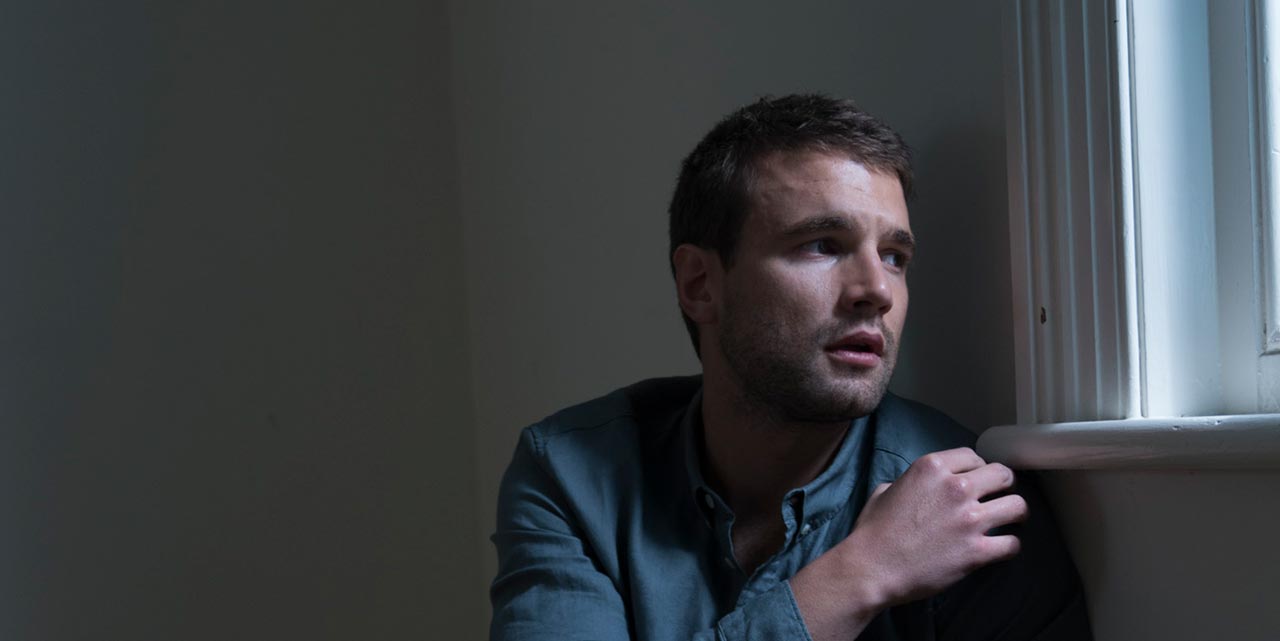 Australian actor Alex Russell has become one of the biggest names in US TV as part of the cast of the hit series S.W.A.T.

Despite his overseas success, the former Chronicle star is still fully committed to the development of the Australian film industry with his latest film ‘Rabbit’ gathering raving reviews.

We had the chance to have another chat with Alex, to find out more about working in ‘Rabbit’, his commitment to Australian films and his experience on the hit series S.W.A.T so far.

SR. How is life in the USA treating you so far?

Life treats me wonderfully over here. I love LA. I’ve been based here since 2011 so I’ve had plenty of time to get used to it. I love my friends and family here, my job and the weather!

SR. Congratulations on the Success of S.W.A.T! Well deserved! What can you share with us about the genesis of the series and how hard was for you to get into the role of Jim Street? Thanks! I think what spurred the creators on initially with the notion of rebooting this series was reimagining it into something that could offer a conversation about issues that currently swell between law enforcement and the communities they police while still offering enough explosive action and fun to keep people engaged on the entertainment front. If you can do both, you’ve got a golden ticket.

Street was fun to get into, probably no easier or harder to get into than most roles I’ve had. They all have their challenges. Like always, it’s an ongoing pursuit and daily discovery with him. I’m learning more and more about him all the time. I suppose one answer is that, despite all his flaws, he’s easy to love… so he’s easy to play.

SR. Despite being a busy guy, you still managed to be part in some very good Aussie Films like Goldstone and most recently Rabbit. How important for you is to remain in touch with the Australian film industry?

Very important! I love Australian cinema and feel very lucky to be active in both the Ozzy and US film industries. For me, it’s always about great stories first, all other details second. So whether something is Aussie or American, Indie or Studio, lead or supporting, if the story is knockout then I’m down.

All I’ll add to that is that I’m pretty patriotic and I love Australian culture and history. So I love getting to play my small part in a rich history of cinema that reflects our culture so poetically and lovingly and humorously.

SR. How was working with Luke Shanahan and what is your most memorable memory of the “Rabbit” set? Working with Luke was a treat for both of us that was a LONG time coming. Luke and I have known each other since early 2009. Casting Director Greg Apps who put me in my first feature wanted Luke and I to meet regarding the feature he was developing at the time. We became fast friends but one thing I remember is the fact that Luke was willing to cast me in his film before my first film ever even came out. I had no profile. I was brand new but he believed in me. We believed in each other. So when we finally got to make our movie together, it was totally surreal. The fact that it turned out so damn well makes it even more surreal.

A fond memory for me takes place during the reading of the words before rehearsing a scene. Typically, the director and 1st AD and actors stand together and read the scene aloud before rehearsing it in the physical space and showing the crew the blocking. The director or 1st will often read the directions in between each actor taking their respective lines. Luke was so amped up and excited to shoot the scene (plus we were a little behind) that he read through the entire scene, saying all the directions AND ALL THE ACTOR’S LINES in one, long breath!

I cracked up. And we started again. It’s no wonder the first script of his that I met with him on (which we now are planning to shoot) is called “TALK FAST.”

SR. Do you have any upcoming Australian films lined-up for the future? When can we expect to see you back here in Oz?

Rabbit is the last Ozzy film I have in the can that is yet to be released. But as soon as someone with a great story gives me a call, I’m there!

I have a crime drama set down at Maroubra Beach that we’ve been developing at Five Lip for some time. If we can finalize in time for the next hiatus, I’ll do a backflip.

SR. We spoke before about you having your big break in Chronicle, alongside Michael B. Jordan and Dane DeHaan, with all of you getting great movie roles after that. You did Carrie, The Host and Unbroken Dane did Spider-Man and Michael did Fantastic 4 and now is the face of the Creed Saga. Just wondering if you guys are still in touch and if you had ever talked about the impact that little film by Josh Trank had in your life?

We aren’t really in touch anymore but I’d love to bump into them sometime. It’s amazing how time carries us along. People have families and careers and they travel. I’m very proud of and happy for both of them and I’d love to hear about their adventures. If I see either of them, I’ll ask them your question. As for me, that movie was a game changer, on a career level as well as an artistic one.

SR. What do you enjoy the most? Working on TV or cinema? Why?

I actually love the PROCESS of working on both equally. TV allows for long term discovery of a character while working on films offers a new world to explore each time, a change of pace. The same goes for viewership. At home, I can literally gnaw on the edge of my couch with anxiety while watching Barry with my girlfriend but I also have a long time addiction to the smell of popcorn and the act of watching an enormous screen with a group of strangers. If I had to pick one as an audience member, it might be my long time addiction. But as an actor, it’s the equally weighted pros and cons that make a mix of film and TV so attractive for ones career. Hence the blurring of that line in recent years with many actors, including A-listers.

SR.Following up on the last time we spoke in person, I really need to ask you this: Have you finally had the chance to meet John C. Reilly?

Still no! He needs to drop the restraining order and I can try again.

SR. What’s next for you?

More SWAT! Season 2 premieres Sept 27 in the states. I’m also very excited to be promoting Rabbit and Brampton’s Own as they are released in the coming months. After that, it’s all SWAT until next hiatus which keeps me plenty busy.